AMD’s current plan is to launch 5 new graphics cards by the end of the year and it will start with today’s Radeon HD 6850 and Radeon HD 6870. Next in line is Radeon HD 6970, the fastest single-GPU card in this generation followed by the HD 6950. Cherry on top is of course the dual-GPU Radeon HD 6990.

The graphics cards we’re talking about are AMD’s second gen DirectX 11 architecture codenamed Northern Islands. The two cards on our test today are based on Barts core, a direct result of the HD 5800 series optimization. The core is still in 40nm but the fine-tuned architecture should provide more performance per Watt and mm2 compared to the previous, Evergreen generation.

All this means that mid range and high end graphics segments will definitely get a bit crowded – AMD will replace the HD 5800 with HD 6800 and HD 69000, so there’ll be plenty of flavors between the fastest dual-chip card and HD 5700 series.

AMD decided that the HD 5700 series will, for now, coexist with the HD 6000 series, meaning Barts, Cayman and Antilles based cards. The fastest single-GPU card from Northern Islands family will be Radeon HD 6970 and it will be based on Cayman core, whereas dual-GPU Radeon HD 6990 will have Antilles core. 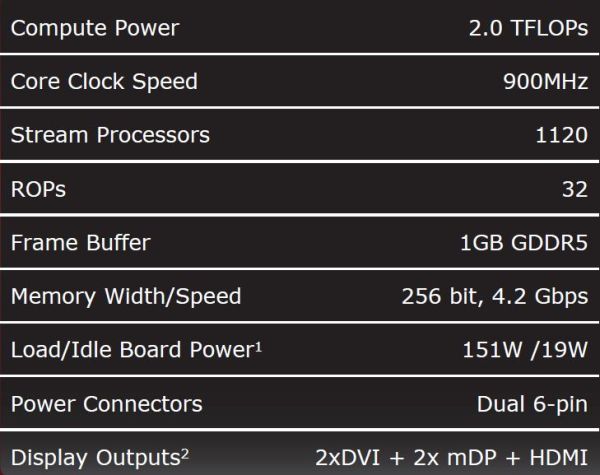 The Barts pro is quite similar except, of course, for the fact that it has two SIMDs less, or simply, it has 48 Texture Units (TMUs) and 960 Stream processors. This one ended up clocked at 775MHz for the GPU and 4000MHz for 1GB of GDDR5 memory paired up with a 256-bit memory interface. We've been informed that some early engineering samples with more stream processors count have been shipped, but we have confirmed that our today's test sample is the real Barts PRO deal - 960 stream processors right on the spot. 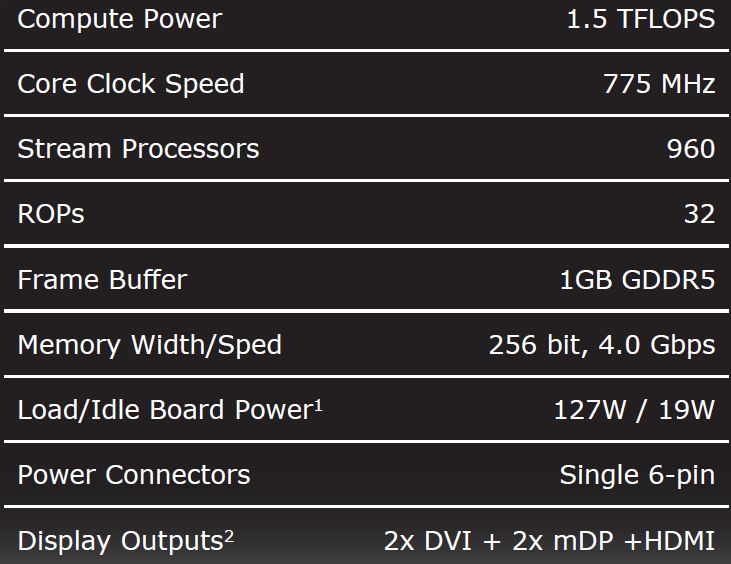 Barts uses AMD's so called "Arch 5D" design with five stream processors; w, x, y, z and t units. Or simply there are four simple SPs and one, t unit, that handles special tasks. The SIMD remained pretty much the same compared to the Cypress GPU as you still have 80SPs per SIMD, same L1 cache size and same number of texture units per SIMD, although this time each SIMD "block" got its own Ultra-Threaded Dispatch Processor component, Instruction Cache and Constant Cache, while Cypress only had one for both blocks.

In general, Barts' SIMD consists of 16KB L1 texture, 8KB L1 compute cache and 4 texture units per SIMD. Staying on the trail of Cypress design, Barts retained the number of ROPs as well. The Barts GPU has 32 ROPs with four 128KB blocks of L2 cache memory and four 64-bit memory controllers for a total of 512KB of L2 cache and 256-bit memory interface.

AMD apparently worked hard to optimize Cypress for better performance in parallel computing as well as tessellation. Barts does have some differences compared to the Cypress, as the UVD, Display Controller and Tessellation Unit were completely redesigned. AMD's Barts GPU is also 25 percent smaller than Cypress, and impressively, only a tad slower than the Cypress based cards.

Both mini-DisplayPorts 1.2 support Multi-Stream technology, which allows for using up to 3 displays on only one port, provided you use MST HUB. Of course, two DisplayPorts mean up to 6 screens. Unified Video Decoder (UVD 3.0) has also gotten an overhaul and it offers Blu-ray and DivX high definition GPU acceleration, while the card’s HDMI 1.4a connector offers support for stereoscopic 3D standards such as Blu-ray 3D.