GTS 450 was launched soon after the widely acclaimed GTX 460 card, where we have decent performance at reference clocks, quiet operation as well as overclocking potential. Even more so, some partners dared to push the GTX 460's GPU to 850+MHz and back it up with a warranty.

Our EVGA GTS 450 showed nice overclocking potential, but we expected that - some partners pushed their cards to as high as 925+MHz. GTS 450 can run even faster though, as our result of 970MHz GPU proves.

EVGA GTS 450 FPB uses reference cooling, with the fan spinning at 30% RPM and running really quiet, even when you put your ear closer to the card.

During our overclocking we pushed the fan as high as the card's BIOS allowed which was 70% RPM. Unfortunately, the card became pretty loud but in return our 970MHz GPU temperature was at 63°C. Naturally, you can always fine tune the noise-performance ratio and tailor it to suit your needs. 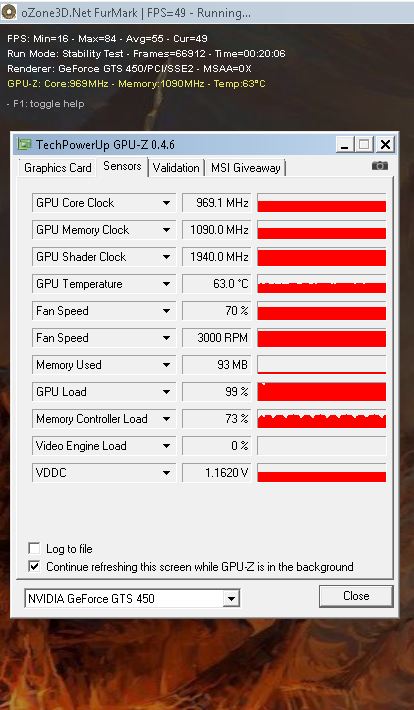 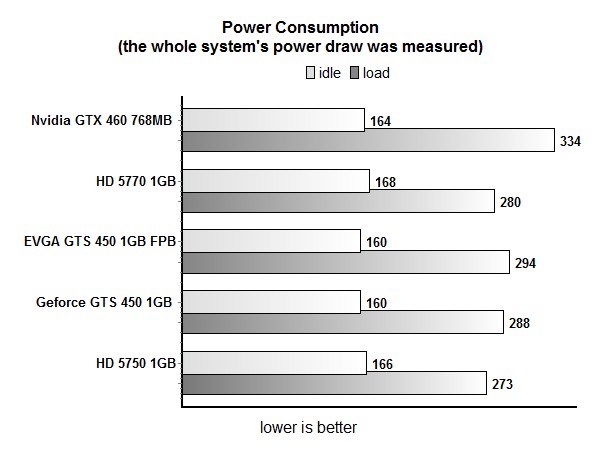