EVGA has rolled out three GTS 450 boards, the FPB, SC and FTW. All three of them are overclocked, but the FPB, or Free Performance Boost version runs at 822/3608MHz, whereas the Superclocked iteration is clocked at 882/3800MHz and the FTW has been bumped up all the way to 920/4104MHz.


We’ve got our hands on an FPB version, which is equipped with the same reference cooling as the rest of the lineup, but features only a slight overclock. However, at €129/$129 it’s modestly priced, so it lives up to the ‘Free Performance Boost’ moniker. The SC (Superclocked) and FTW (For the Win) versions are priced at €135.00/$139 and €145/$149 respectively. 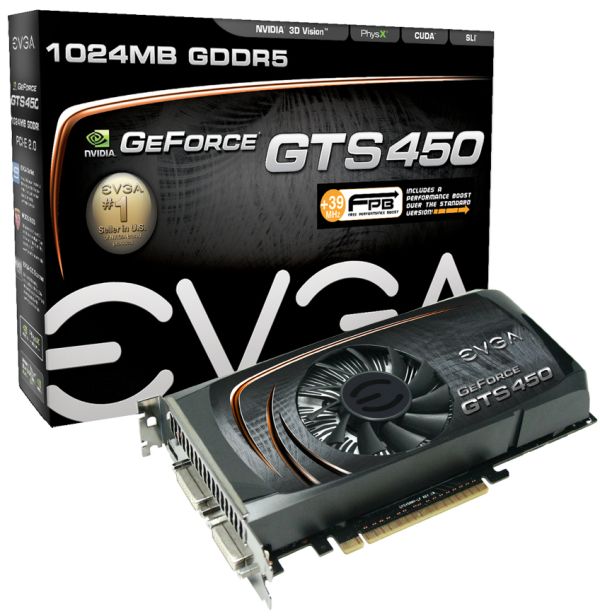 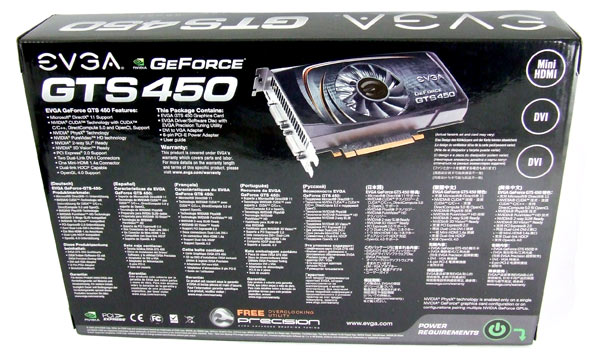 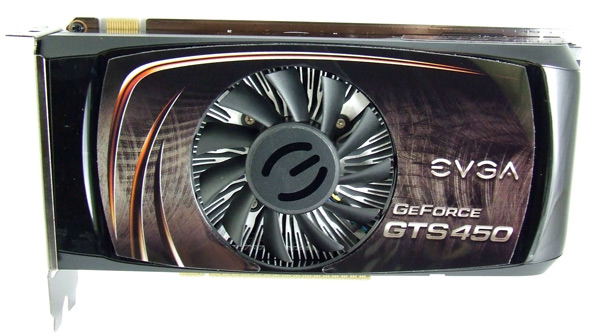 In general, the GTS 450 is a rather decent implementation of Nvidia’s Fermi architecture and it should suit the needs of undemanding gamers on a budget. It can easily deliver enough performance for comfortable gaming at 1680x1050, but it can also run games at 1920x1200, provided users don’t go for maximum detail levels and AA settings. As promised, the EVGA GTS 450 FPB delivers a slight performance boost free of charge, as it is priced like reference GTS 450 boards but offers a bit more value for money, which is quite important in this market segment. 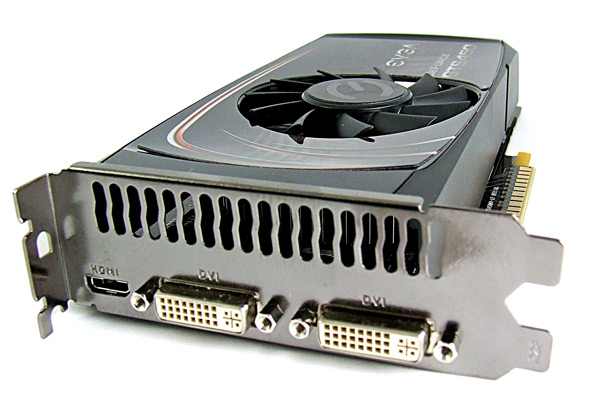 Bear in mind that the GTS 450 is currently the cheapest graphics card with CUDA, 3D Vision and PhysX support and this fact will surely be appreciated by some consumers. In terms of performance, the GTS 450 sits somewhere between the HD 5750 and HD 5770, so it’s really a tough call in some respects. Basically it all comes down to user preferences and the choice of games. The Radeons have been on the market for nearly a year and they still pack quite a punch and offer slightly better performance per watt. The GTS 450 can also be used for CUDA apps or as a cheap PhysX card, so it’s got some added flexibility. 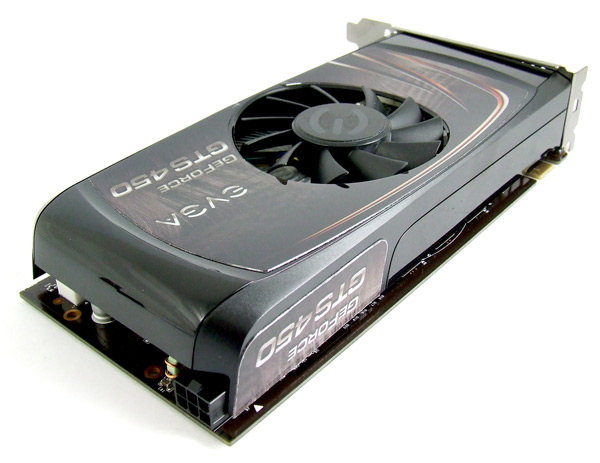 In any case, we won’t go into details in our preview, so we will stick to GTS 450 performance in DirectX 11 titles. We will post more results soon, so stay tuned. 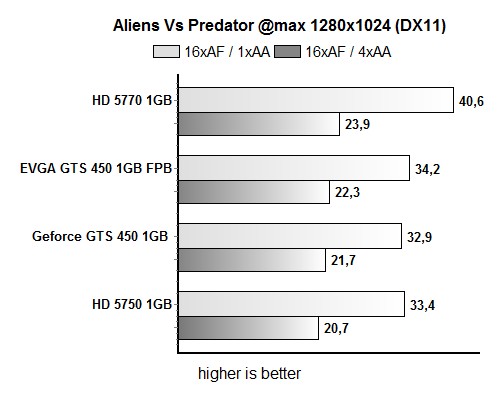 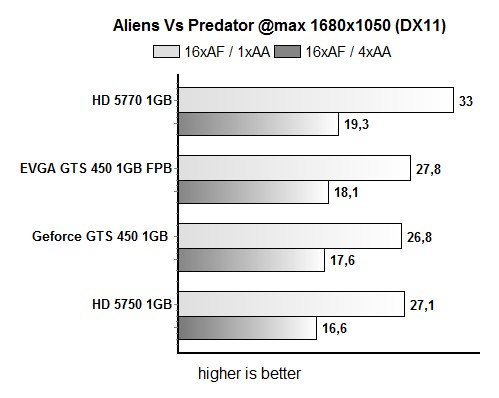 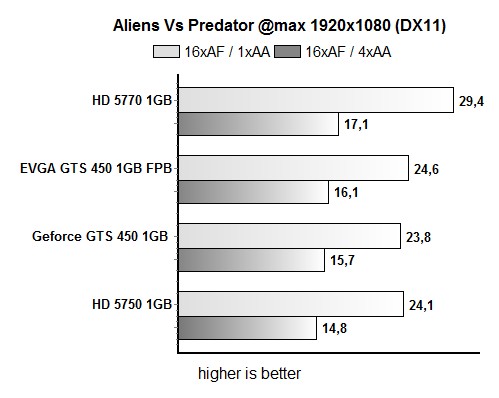 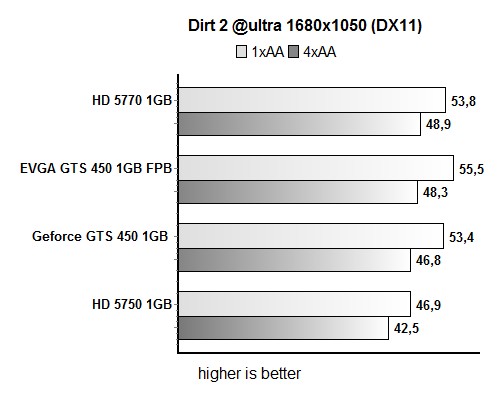 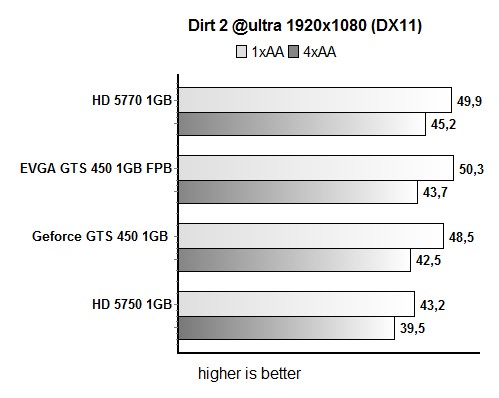