Today we’ll have a brief get-to-know session with Nvidia’s Geforce GTX 450, Nvidia’s latest offering aimed at those with less than deep pockets. The MSRP for the GTS 450 is €129, although you’ll also find many partner cards, both overclocked and reference clocked, to sell for more or a bit less. Gainward is locked and loaded with its overclocked GTX 460 GLH card and the card comes with non-reference PCB and cooling. We suppose that it will be available at about €130. 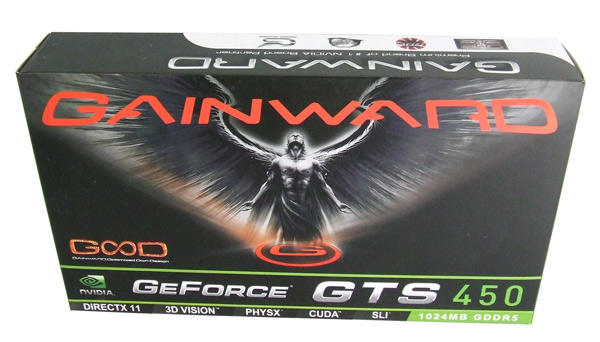 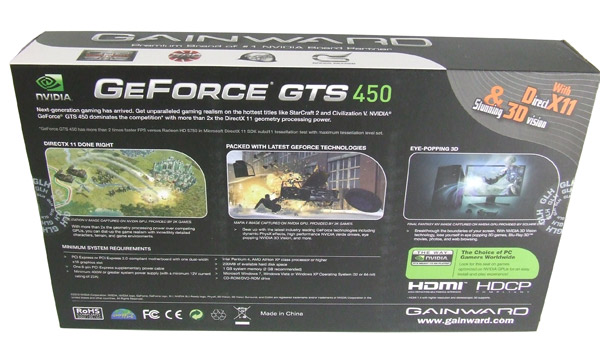 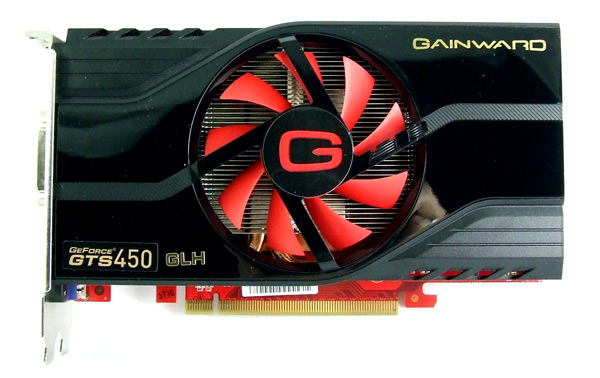 The GTS 450 would’ve most probably had a much easier task of justifying its launch had it launched a few months back. Now, many users are not paying much attention to it and are rather hoping to catch a glimpse of AMD’s new series and its performance. Priced at €120, Nvidia’s GTS 450 will have a tough time matching AMD. As far as pricing goes, the GTS 450 is currently aimed at almost a year old Radeon HD 5770, but performance-wise, the card is aimed at HD 5750, which is unfortunately for the green team more affordable. At the same time, the GTS 450 should finally succeed the card known as 9800 GTX+ or GTS 250, as some prefer to call it.

GTS 450 is based on Fermi architecture, which naturally means DirectX 11 support. We’re talking about GF106, the third in line of Fermi-derived GPUs. GTS 450 does pack some pretty promising gaming performance, especially if the resolutions in question are from 1280x1024 to 1680x1050. Of course, Nvidia didn’t forget about 3D Vision, SLI and True-HD audio bitstreaming support.

Gainward's Expertool utility can come in handy when managing card clocks and fan speed. You will find it on the driver CD. 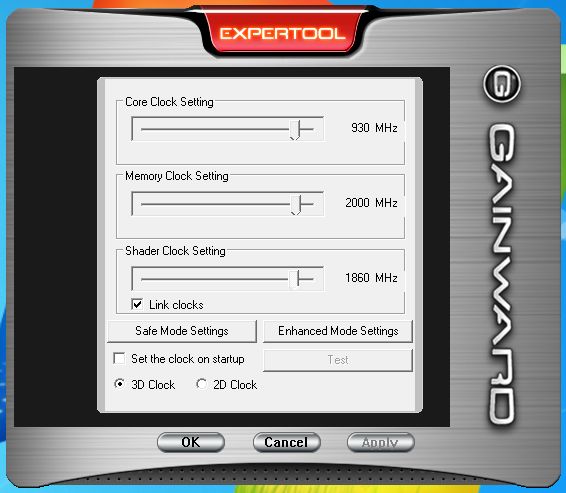 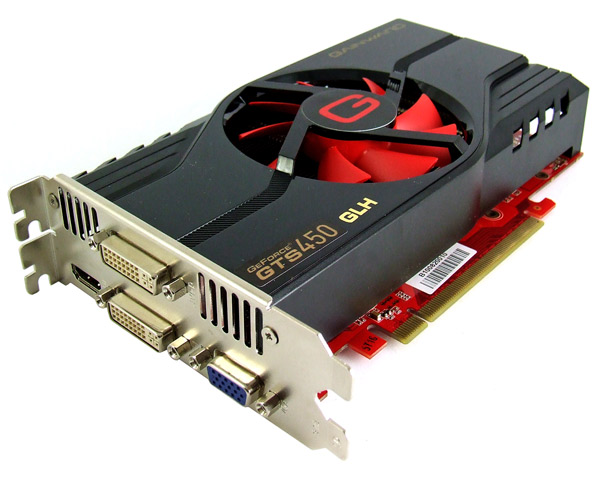 The card comes with one SLI connector, enabling for 2-way SLI, and is powered via one 6-pin power connector. The cooler is almost inaudible during gaming while FurMark testing temperatures didn’t exceed 73°C. 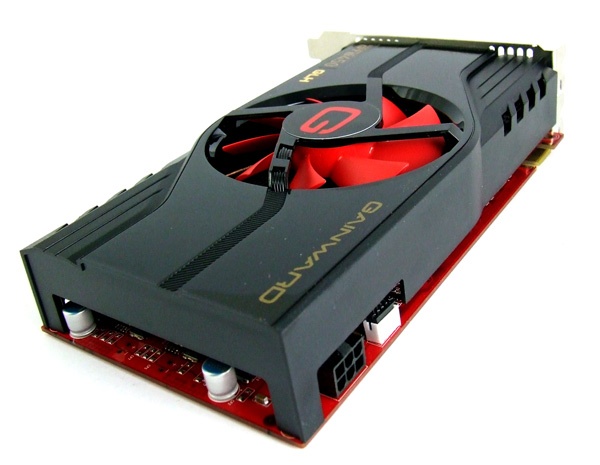 Our results are showing that only high factory overclocked Gainward GTS 450 GLH saved the day for Nvidia. 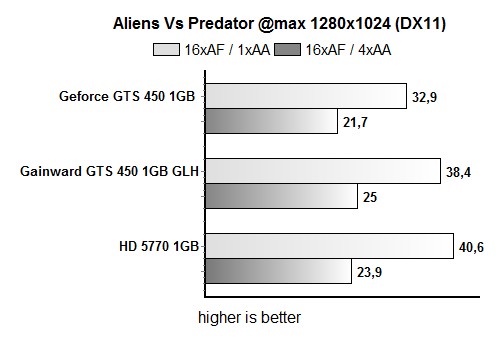 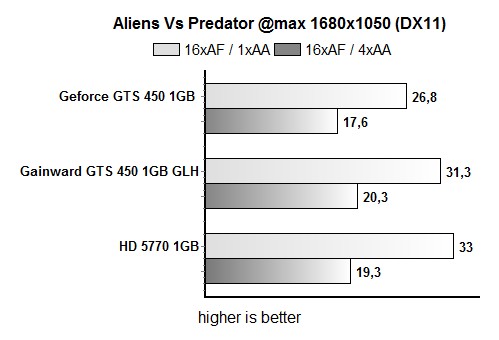 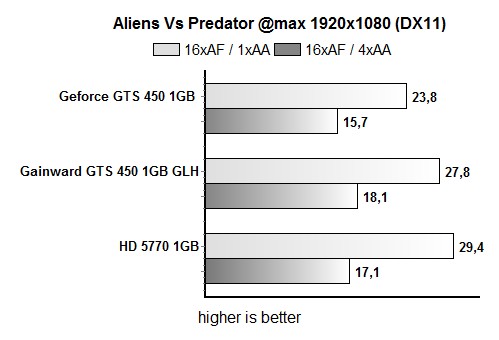 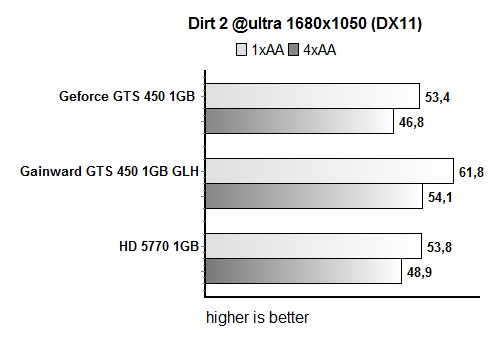 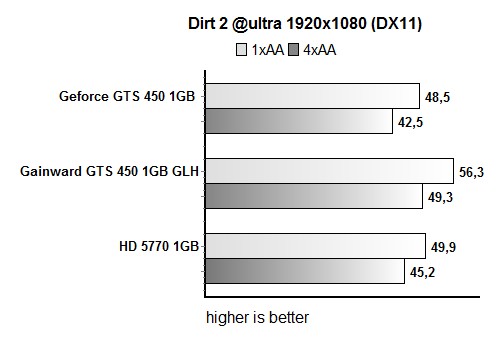 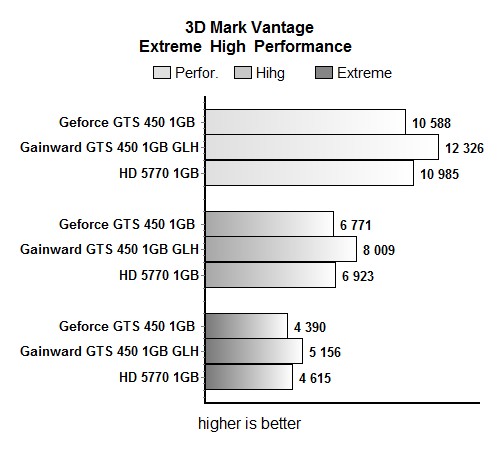 Stay tuned for the full review.