First the sad story. Our 1090T does not like overclocking and during the process we scraped three boards. That's also the reason why we could not put on this review much earlier. AMD will send us a replacement but it seems the new CPUs are in such high demand, they can't ship enough of them. So be warned, even if you do not overvoltage other components such as HT or memory controller, even the VCore limit which is reported in the BIOS may cause harm to your board. But we did not expect the CPU to die at "just" 1.5500VCore. The 1055T fared much better, with just 1.4350V which will results in about 1.48VCore reported by CPUz and Everest under load, we managed 3850MHz without a hassle with FSB 275. We did not try to go any higher, because we did not like to scrap another board. Please notice we already got a 95W 1055T, with the currently selling 125W version you may need higher voltages. 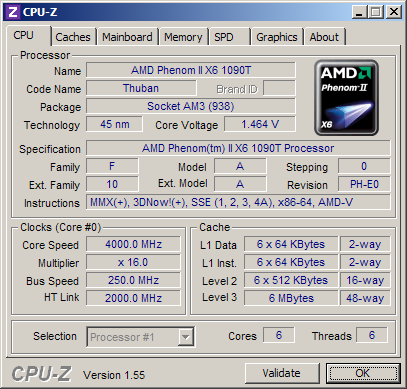 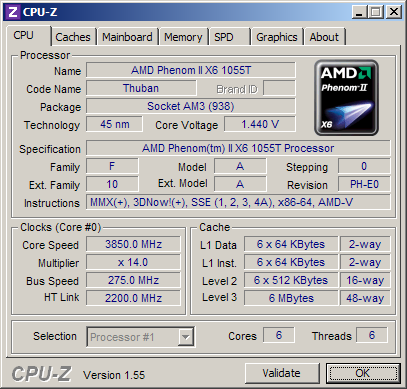 Of course it is possible to reduce the VCore to save some energy. Depending on the board you can go down from the 1.3000V of the 1095T to 1.2000V to 1.2250V. As long as Turbo-Core is active, during Turbo the VCore will raise to 1.4750V regardless of the VCore setting and the savings are somewhat limited. If you disable Turbo-Core you can manage to get even further down. We did 1.1750V in the BIOS. Everest still shows about 1.2000VCore, but that's still impressive when six cores are at work. 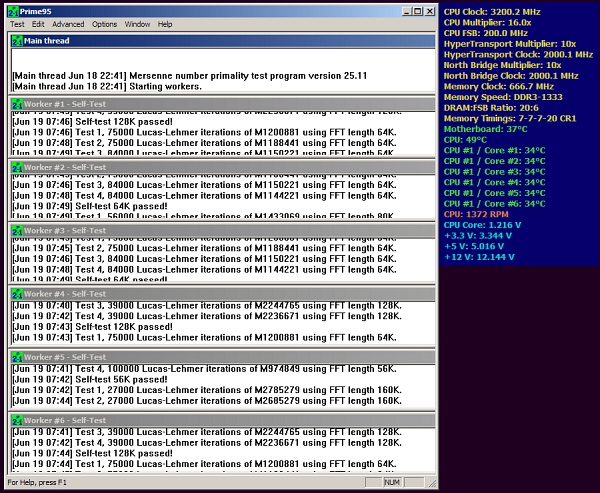 « Prev Next »
Last modified on 20 August 2010
Rate this item
(0 votes)
Tagged under
More in this category: « Cooler Master HAF X dissected TGT's magic makes PoV's GTX 460 the fastest GTX 460 around »
back to top