What you have in front of you is the fastest GTX 460 around, a direct result of TGT overclocking team's efforts on Point of View's cards. We're talking about the 1GB version of the card with the 256-bit memory interface and the card's full name is GTX 460 1GB Ultra Charged. 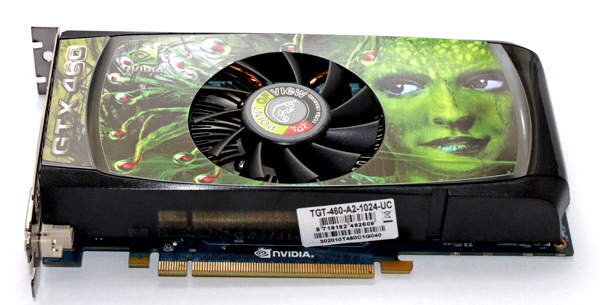 With the GPU running at 820 MHz and the memory at 1000 MHz (4000 MHz effectively), you're getting a lethal combination of a large frame buffer and significant GPU juice which will be enough to defeat every other GTX 460 out there. 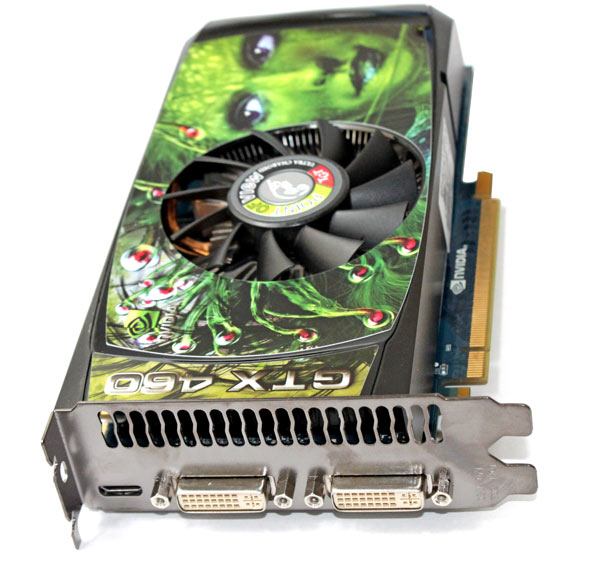 Just like the GTX 460 768MB Ultra Charged card, the GTX 460 1GB Ultra Charged relies on reference cooling. The golden rule applies - if it ain't broke, it doesn't need fixing, and we were pretty happy with the cooler's performance.

We recorded 79°C in FurMark (HAF-X case, standard fan setup). The measured temperature is only 1°C higher than on the GTX 460 768MB Ultra Charged, which is a nice feat considering that both cards run at identical clocks.

As you can see from our short test, GTX 460 1GB Ultra Charged is the fastest GTX 460 around, and TGT's job on PoV's cards will surely set a benchmark for the future. 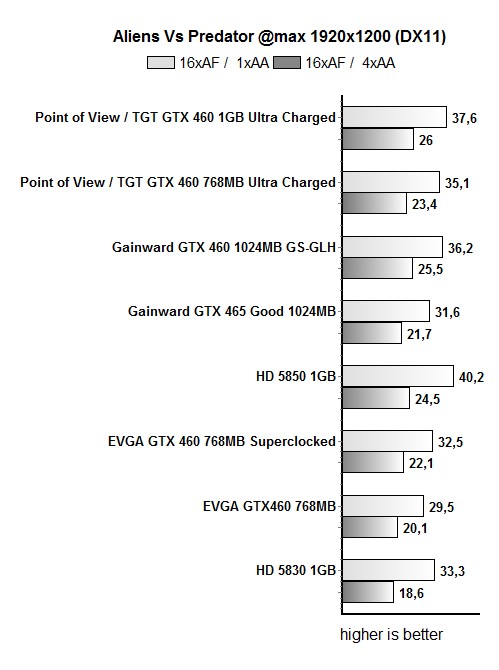 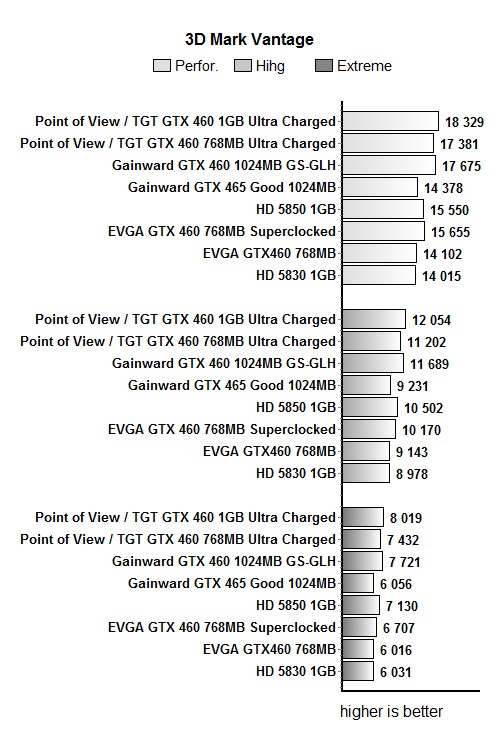