Corporate branding has been the darling of tech tabloids for years now, and here's a some branding spin acrobatics for your consideration. A decade ago two Korean companies created eMachines, as a joint venture to invade the US market via California. The company went public, then private, then it was bought by Gateway in 2004, which itself was swallowed up by Acer a year and a half ago. Somewhere in between eMachines got a reputation of making very cheap PCs which sometimes had some troubles with their power supplies. 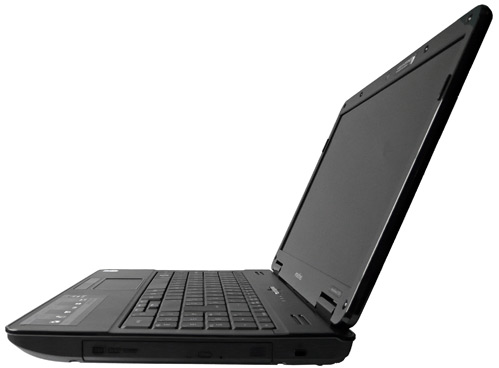 All this is irrelevant, as it's part of Acer now, the world's third largest PC maker. Many retailers are now simply selling eMachines products under the Acer eMachines brand, and Acer seems keen on resurrecting the fallen brand for value minded consumers. It seems do be doing a pretty good job so far, as over the past year several affordable models have appeared in the US and EU, including a super cheap 17-incher for just €399. So, we decided to have a look for ourselves, and see how of one of Gateway's kids, now in full Acer custody, is doing. 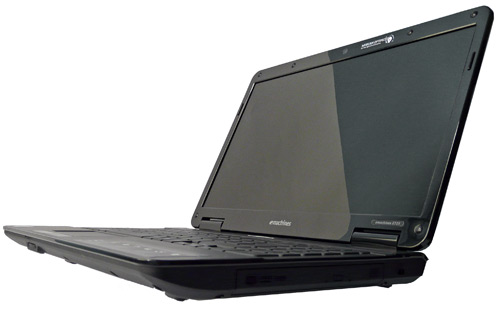 We went for the E725, launched earlier this year, it is the most recent addition to the companies 15-inch lineup. Unlike most products in this price range, it features a 16:9 15.6-inch screen. However, unlike most 15.6-inch screens, its resolution is not 1366x768, but rather 1280x768. More interestingly, it is based on the recently introduced Intel Pentium dual-core T4200, and this is the main reason we're testing it. In case you're thinking this is an ancient Merom based part, think again. 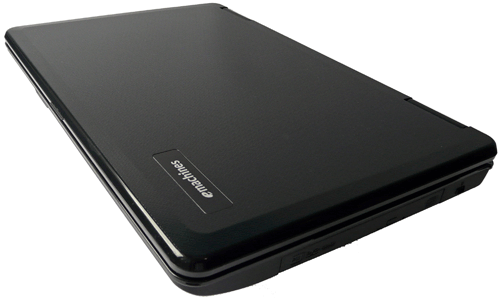 This is where have to deal with more company branding policies, courtesy of Intel. The T4200 is, in fact, a Penryn based mobile dual-core, although you wouldn't know that by looking at its designation. All previous Pentium dual-cores for the notebook world were either Yonah or Merom based, i.e. they were 65nm parts on a 533MHz or 667MHz FSB. The T4200, however, is a 45nm chip, and it runs at 2000MHz on an 800MHz bus, which sounds great considering the price. However, thanks to Intel, most consumers have no idea what the T4200 actually is, and nobody could blame them if they went for a cheap, 65nm Core 2 Duo, thanks to branding and marketing. As our review will show, this would be a mistake, a big one. 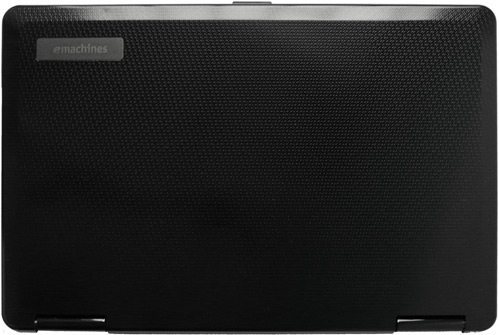 While we're talking hardware, let's take a look at the rest of the spec before we move on. The eMachines E725 packs a 250GB Western Digital hard drive, 2GB of Samsung DDR2 at 667MHz, DVD burner, 1280x768 screen, abg wireless and that's about it. It's a value model, and there's no FireWire, HDMI or any kind of video out. Oddly, it has just two USBs, but we'll get round to that in a minute. 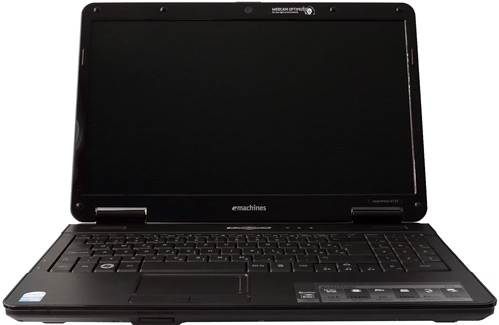 Nobody was obviously trying to hide the E725's Acer heritage, and it borrows a few design and layout elements from Acer's 15.6-inch Aspire and Extensa models. Like many 16:9 laptops, it features a numeric keypad, and its sizable trackpad slightly off center.

The lid looks interesting and sets it apart from most value products. Although it sports a glossy black finish, the subtle surface pattern does a good job keeping fingerprints and smudges away. The glossy black theme is continued on the panel bezel and the glossy panel itself. Even the rubber cushions on the bezel are glossy. It actually looks pretty good, and the bumpy lid is a nice touch, it is both aesthetically pleasing and useful, as it doesn't get as dirty as ordinary glossy finish. 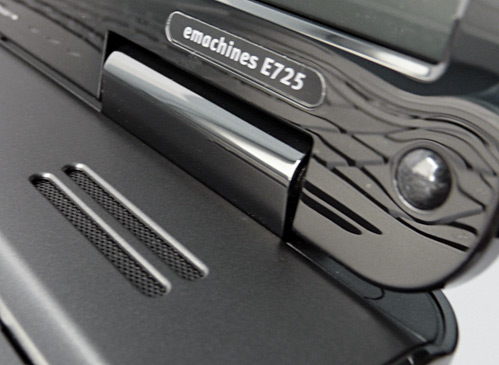 The keyboard and palmrests are made from matte plastic, although not a very jagged one, and they can easily pick up dirt. Nothing spectacular, but nothing tacky either, and we're pleasantly surprised by a few cute details, such as the semi-recesed Power button with a subtle blue backlight. The bottom of the chassis is crafted from rough and rigid matte plastic. 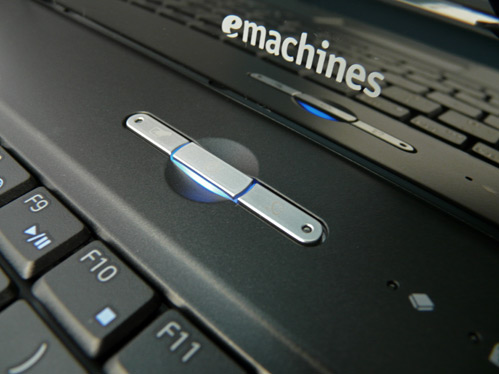 Build quality is average, it's mostly good, but there are a few details which leave much to be desired, such as the battery latches. When locked in place, the battery feels a bit shaky, and sometimes you can hear it move in the bay. The lid feels ok, it doesn't twist much, and the hinges are solid. 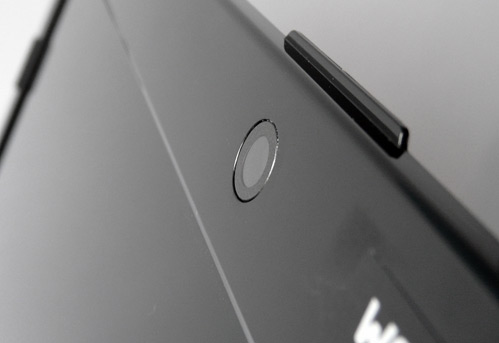 You can see one annoying detail next to the camera. Usually we'd say it's a good thing to have thumb grip on the lid, especially if it has a glossy finish, but it's just a bit too thin and sharp, and doesn't feel sturdy either.