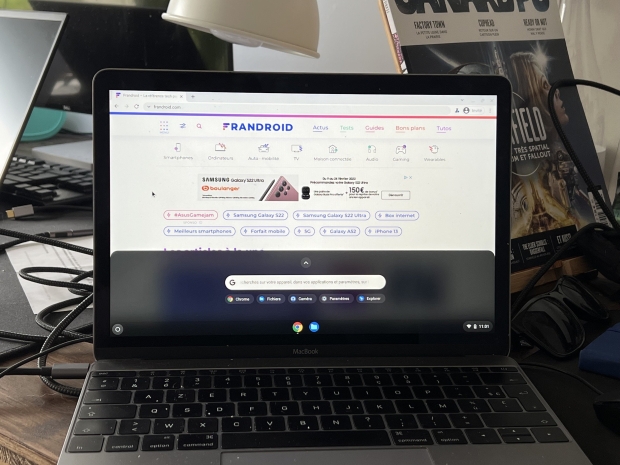 Revives old PC in the way we used to use Linux

Google’s Chrome OS Flex has officially arrived to revive old PCs and Macs, by turning them into Chromebooks.

Like Chrome OS, Flex is a lightweight cloud-based operating system that doesn’t require the most advanced components to run smoothly. Google claims the OS will boot quickly, receive the same update cadence as Chrome OS, and provide access to the Chrome browser, Google Assistant, and other features (Family Link accounts, Smart Lock, Instant Tethering, and Nearby Share), all from the same UI as Chrome OS.

ID admins can effortlessly upgrade to Chrome OS devices when the time comes.

Chrome OS Flex is primarily meant for businesses and schools running large fleets of old Windows PCs, including those from Acer, Asus, Dell, HP, Lenovo, LG, and others. It also works with Macs, including some that are up to 10 years old.

An early access preview for Chrome OS Flex went live earlier this year and alerted Google to some 600 bugs. With those fixed, Flex is now rolling out to businesses and schools. To make things easier for those institutions, Google put together a list of systems that are verified to run Chrome OS Flex. At the time of writing, there are some 300 devices capable of switching to the OS.

Chrome OS Flex was made possible after Google acquired Neverware, the makers of CloudReady, in 2020. It has since worked with the team to integrate CloudReady into a Chrome-branded product. To try Chrome OS Flex, you can boot directly from a USB without uninstalling or installing anything. When you’re ready, you can replace your old OS (back up everything first!) by installing Chrome OS Flex.

Last modified on 18 July 2022
Rate this item
(5 votes)
Tagged under
More in this category: « Intel plans price hikes Italians want a pizza the meta action »
back to top