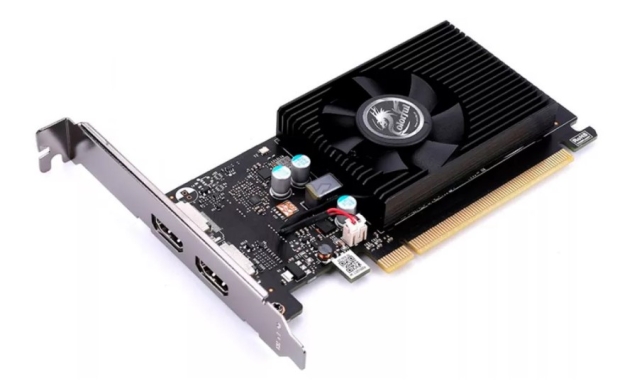 And it is worse than integrated graphics

Colorful has launched a GeForce GT 1010 with DDR4 memory which may perform equally or even worse than integrated graphics.

Nvidia released the GeForce GT 1010 last year using a five-year-old GP108 (Pascal) die and it appears that many will wish that it had. There are two versions of the GeForce GT 1010. Both retain the same 256 CUDA cores, 2GB of memory, and 64-bit memory interface. However, they feature different memory chips. One variant leverages GDDR5 memory clocked at 6 Gbps for a memory bandwidth up to 48 Gbps, while the other variant uses DDR4 at 2.1 Gbps for just 16 GBps.

Colorful's card is a single-slot design with a heatsink that barely covers half of its PCB and has a 1,151 MHz base clock and a 1,379 MHz boost clock with a TDP rating of just 20W. Even the GeForce MX230, which has the same amount of CUDA cores, boasts higher clock speeds. Unfortunately, the GeForce GT 1010 DDR4 uses ecycled dies that didn't make the cut for a mobile graphics card that's already three years old.

The Pascal-powered graphics card is a potential substitute for the lack of integrated graphics or a temporary replacement for a graphics card that suddenly gone bad, or if you need two extra HDMI ports. On the whole though it is hard to see a point..

Toms' Hardware says it is slower than a Russian convoy or US police acting against an active school shooter who is not black.

Last modified on 08 June 2022
Rate this item
(2 votes)
Tagged under
More in this category: « Meteor and Arrow Lake processor details leaked China will invade Taiwan to control TSMC »
back to top