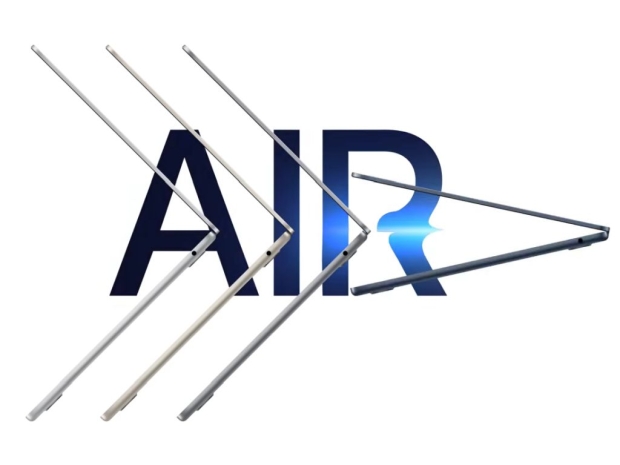 During its World Wide Developers Conference 2022, Apple unveiled its overhauled MacBook Air, powered by the new M2 chip. The 13-inch MacBook Pro will also get the updated M2 chip in July.

The new MacBook Air has been completely overhauled, getting a new design, Magsafe charger, better battery, and more.

The design of the new MacBook Air is somewhat sleeker and much thinner at 11.3mm, as well as weighing in at 1.22kg (2.7 pounds). It is still a fanless design, which is not a big surprise considering the same TDP of the M2 chip. The new MacBook Air is built around a 13.6-inch Liquid Retina screen with 500 nits of brightness and 1 billion colors. 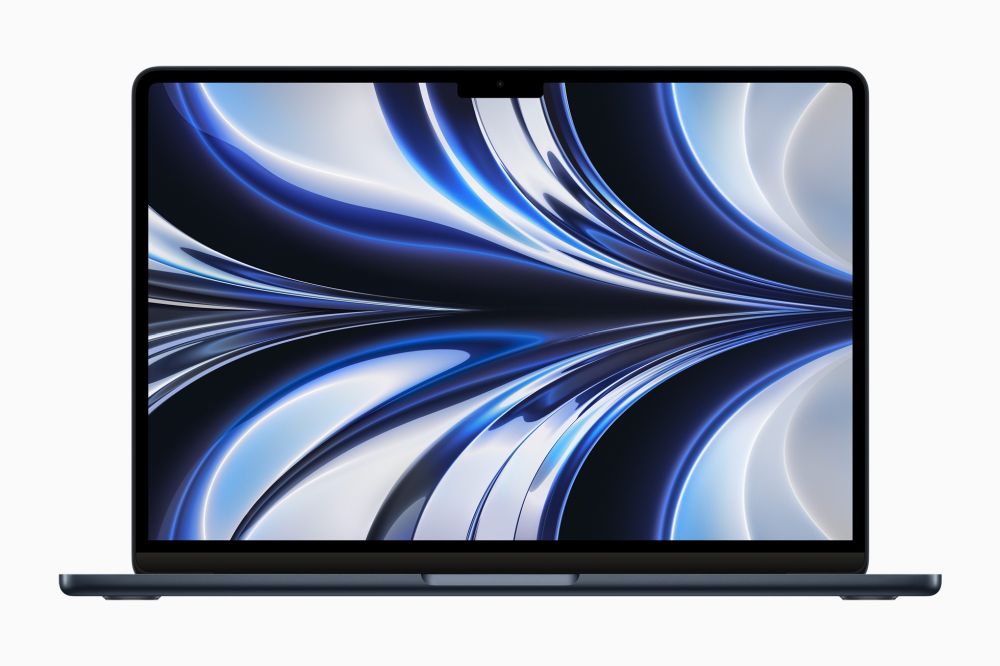 Apple also gave it the Magic Keyboard and larger function keys on the top. It also gets two USB-C ports, a 3.5mm audio jack, as well a Magsafe charging port. The port supports Fast Charging with a 67W USB-C charger. 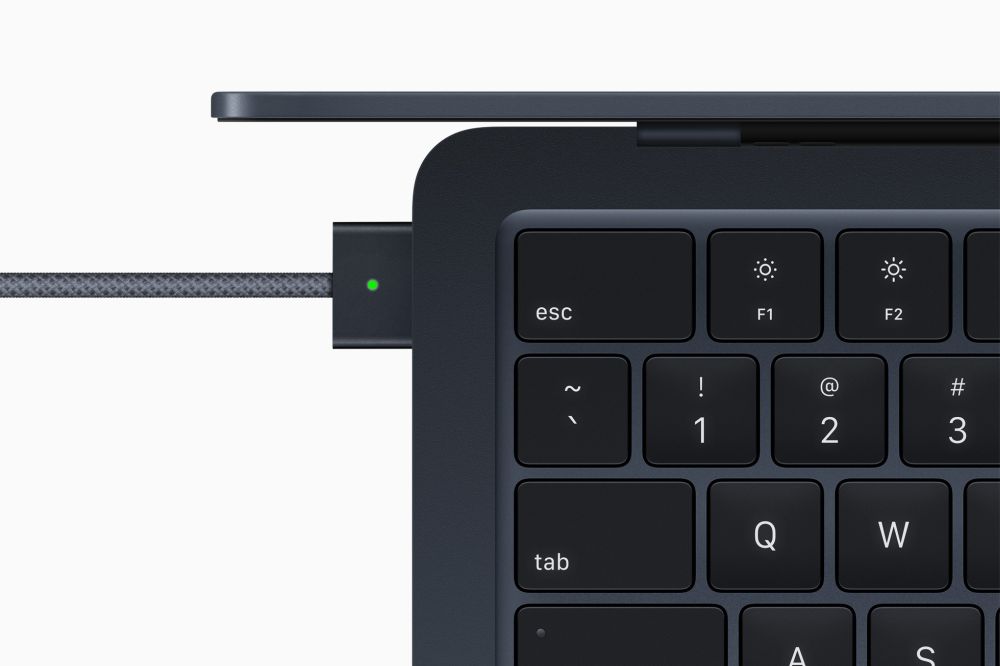 The rest of the specs include 1080p webcam, four-speaker sound system, Touch ID, and all the goodies that came with the M2 chip, including 8-core CPU, up to 10-core GPU, up to 24GB of memory, up to 2TB of SSD storage, as well as 8K video playback, and ProRes encode and decode. 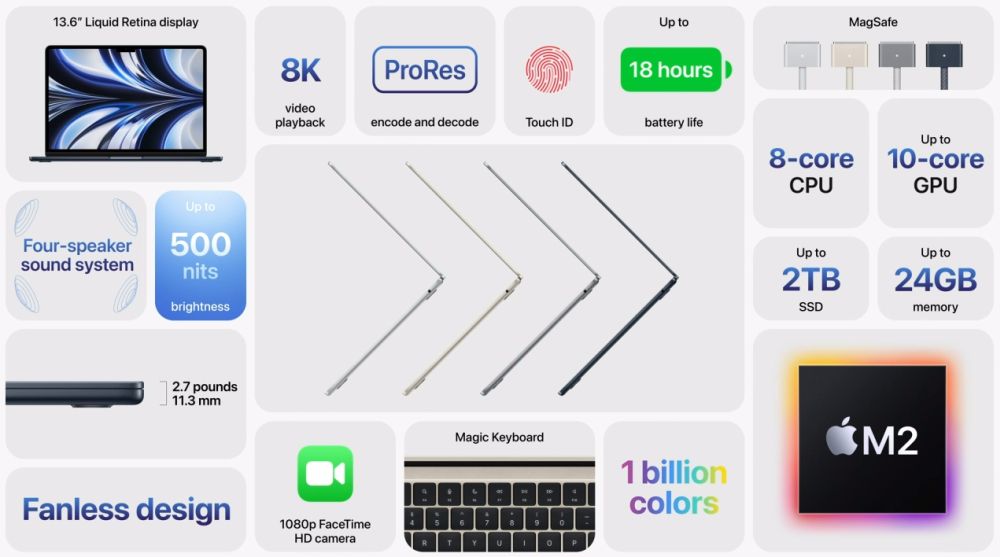 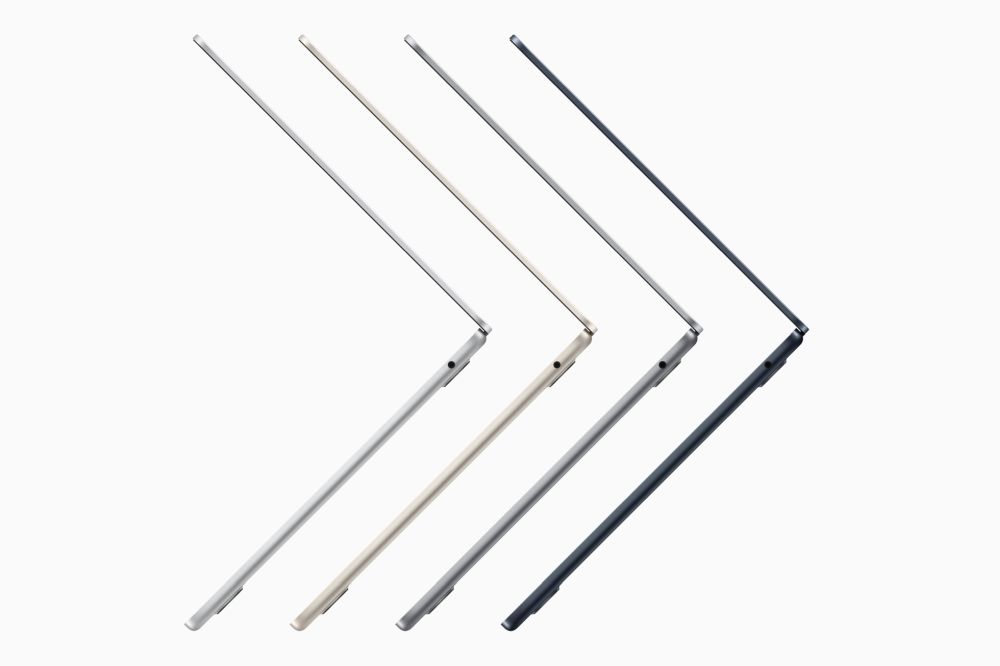 The Apple 13-inch MacBook Pro did not get any design updates, so it will still stick with the same display and the same Apple keyboard with Touch Bar, but it will get the M2 chip in July when it becomes available starting at $1,299. The MacBook Pro with an M2 chip will get a 20-hour battery life and all the benefits of an updated chip. 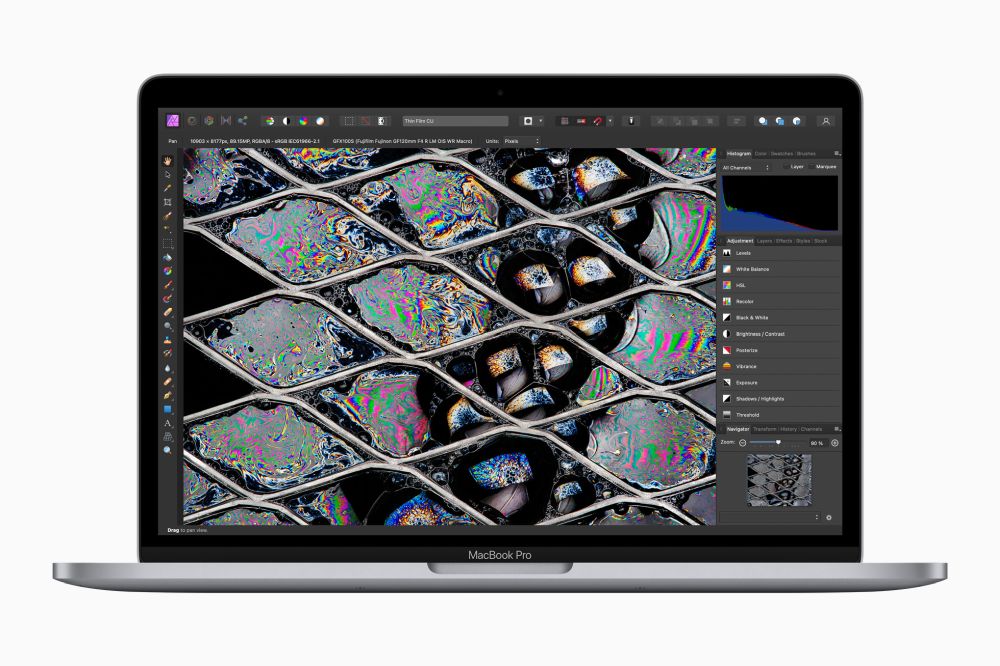 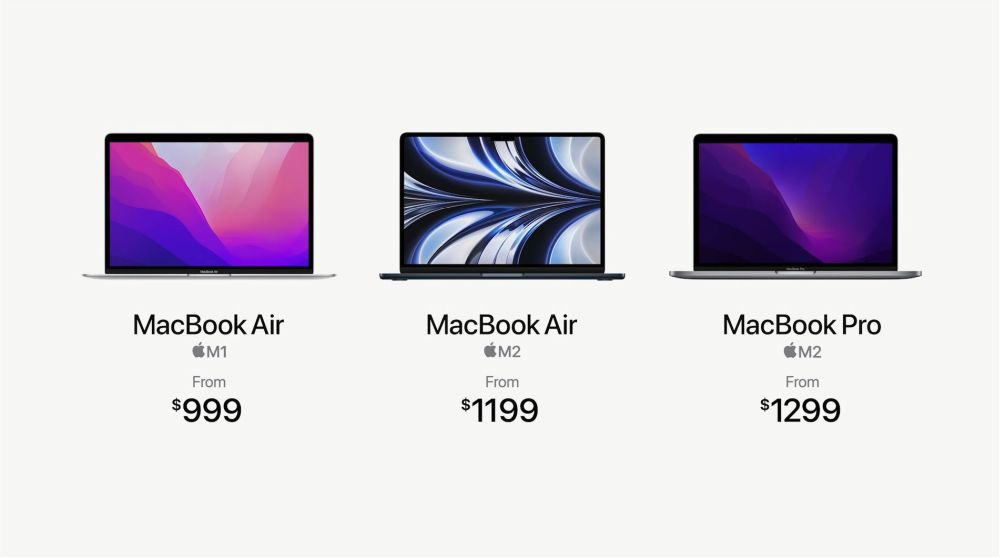 Rate this item
(2 votes)
Tagged under
More in this category: « HP launches its developer-oriented Linux laptop Meteor and Arrow Lake processor details leaked »
back to top