World’s most pointless keyboard gets a refresh 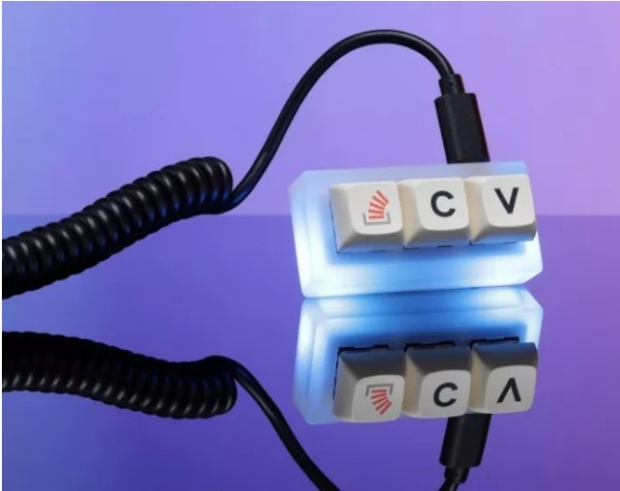 Stack Overflow has released The Key v2.0, a sequel to the novelty keyboard it released last year.

Apparently, the world was full of developers who wanted to use ‘The Key’ and more than 10,000 were sold despite having only three keys, “Ctrl, C, and V”.

The joke was based on a need that developers have to boost their productivity by cutting and pasting lines of code from online resources such as Stack Overflow. Still even as a joke Stack Overflow sold 10,000.

The new product, now available on Drop for $29, still only has three customisable keys out the box. The difference is that The Key V2.0 is hot-swappable - which means you can change out its switches without soldering.

Users can also play with their colour settings via the hardware's RGB lighting. The new piece of kit is also equipped with custom XDA profile keycaps sporting the Stack Overflow logo. The Key V2.0 is available to purchase now with an available date of July 20, 2022.

Last modified on 06 May 2022
Rate this item
(2 votes)
Tagged under
More in this category: « AMD announces Ryzen 5000 C-series Chipmakers talking about price hikes »
back to top