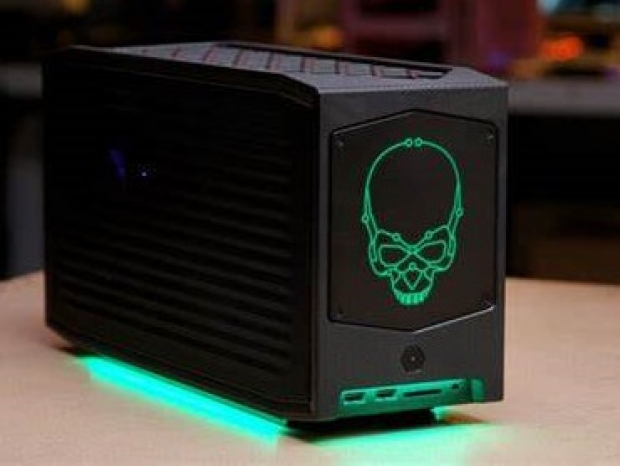 Rather good but very pricey

Intel's NUC 11 Extreme mini PC, otherwise known as Beast Canyon, has launched to retail, at a price much higher than Chipzilla promised.

Amazon is listing Intel's top configuration outfitted with a Core i9 11900KB processor. The least expensive is a barebones kit priced at $1,770 (via FanlessTech), plus another $55 for shipping, by a marketplace seller. So that's $1,825 to start, and at minimum, you need to add memory, storage, and an operating system to get up and running. A discrete graphics card is optional.

The online bookseller flogs a kitted build with 16GB of DDR4 RAM, a 250GB Samsung 980 SSD, and Windows 10 for $1,895 with shipping factored in, and another with 32GB of DDR4 RAM, a 1TB Samsung 980 SSD, and Windows 10 Pro for $2,085 including shipping. Like the barebones kit, you can jack in a full-size graphics card to either of these configurations.

To be fair, Beast Canyon was never going to be cheap, but Intel told us in July that the Core i9 configs would start at $1,350, while Core i7 models would begin at $1,150, so there appears to be a hell of an early adopter tax here.

Those price points might be for barebones kits that don't ship with any memory, storage, or OS. Incidentally, pricing that is more in line with expectations can be found at SimplyNUC, which sells a Core i9 config with 8GB of RAM and 256GB SSD for $1,599, and a Core i7 model with the same supplementary components for $1,399.

These NUCs come with a 650W power supply with 80 Plus Gold certification and can fit dual-slot graphics cards up to 308.4mm (12.14 inches) in length. Fortunately, the PSU serves up at least enough wattage to handle a GeForce RTX 3070 or a Radeon RX 6800, and this exposes the weakness in this plan.

It is jolly difficult to find a graphics card that will make the PC sign, which means you have to lean on integrated graphics, which is a bit harsh for that price tag.

Last modified on 24 September 2021
Rate this item
(3 votes)
Tagged under
More in this category: « Intel is going to be slow on affordable 12th gen Core processors Global semiconductor shortage worsening »
back to top