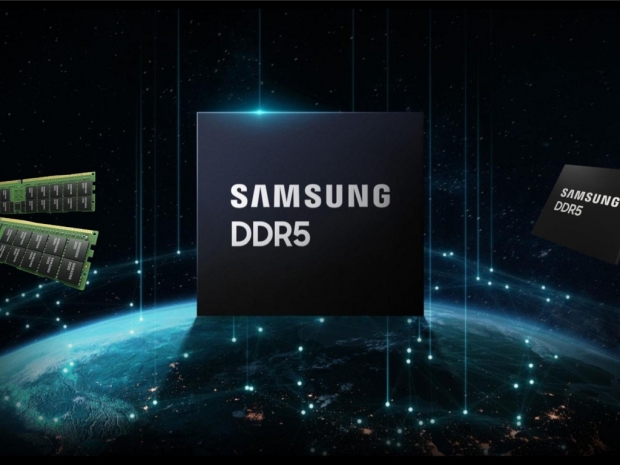 For server and enterprise

During the Hot Chips conference, Samsung's memory division has given a bit more details about the upcoming DDR5 memory, showing a 512GB DDR5 module running at DDR5-7200.

In its presentation, Samsung was keen to show advances in performance, bandwidth, capacity, and voltage that are seen across generations. The detailed DDR5-7200 512GB module is running at 1.1V, which follows JEDEC standard (for DDR5-6400 at least), but we still do not have details for DDR5-7200 at JEDEC. 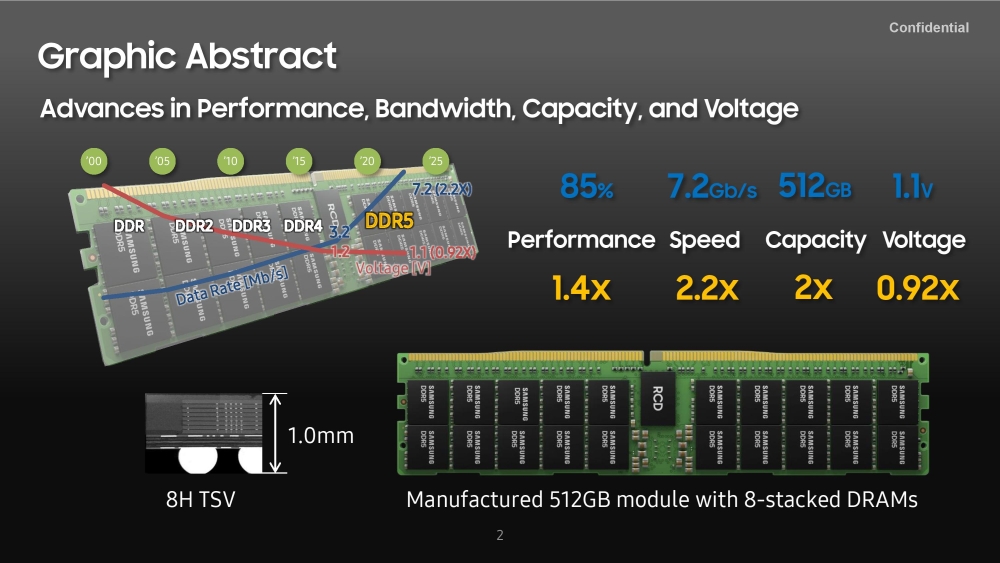 In order to bring higher capacity modules, like the showcased 512GB one, Samsung is stacking up to 8 DDR5 dies together, making it even thinner than previously available DDR4 TSV. Samsung has managed to reduce the gap between dies by around 40 percent by using error-free TSV interconnect technology and thin wafer handling techniques, as well as provide better cooling capability with lower airflow impedance. 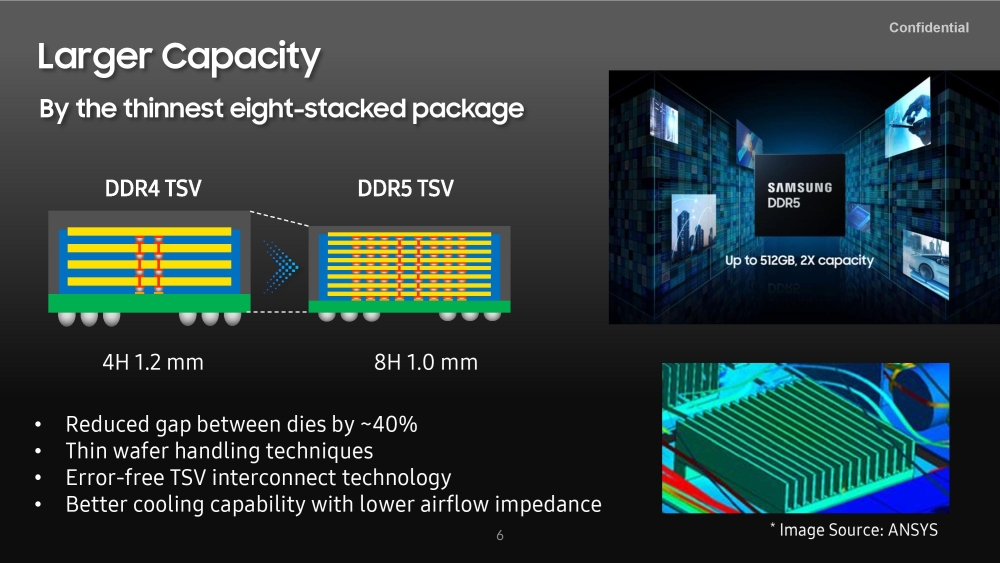 In addition to bringing larger capacity modules, Samsung has managed to improve power efficiency as well, by up to 30 percent. The new DDR5 modules will have a voltage regulator on the module, and use the High-K Metal Gate process, which is a first for DRAM (introduced on CPUs). 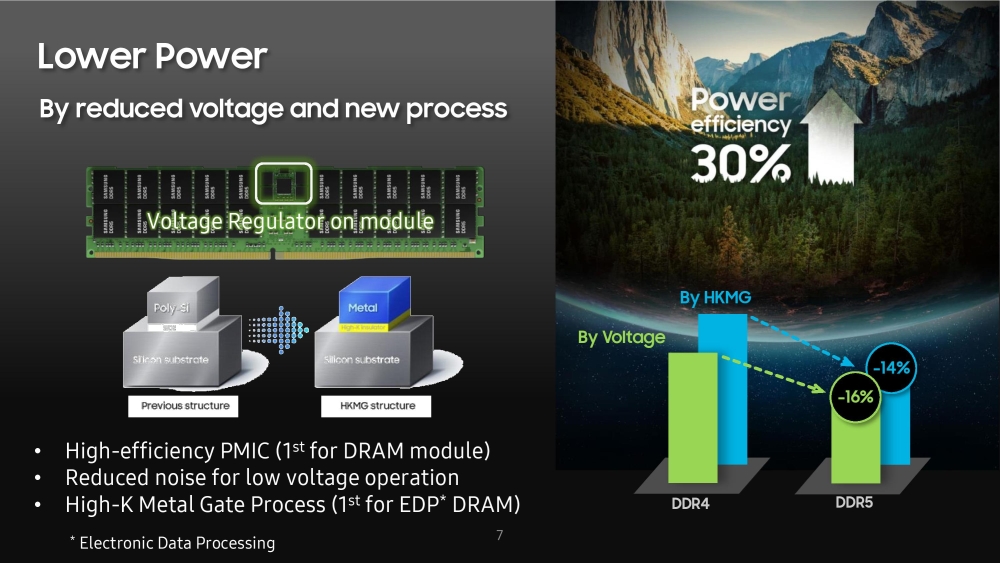 Samsung also introduced the Same-Bank refresh (SBR), which is said to improve DRAM bus connectivity by up to 10 percent, as well as the Decision Feedback Equalizer (DFE), which is meant to support higher memory transfer rates on DDR5 memory and provide better signal stability. 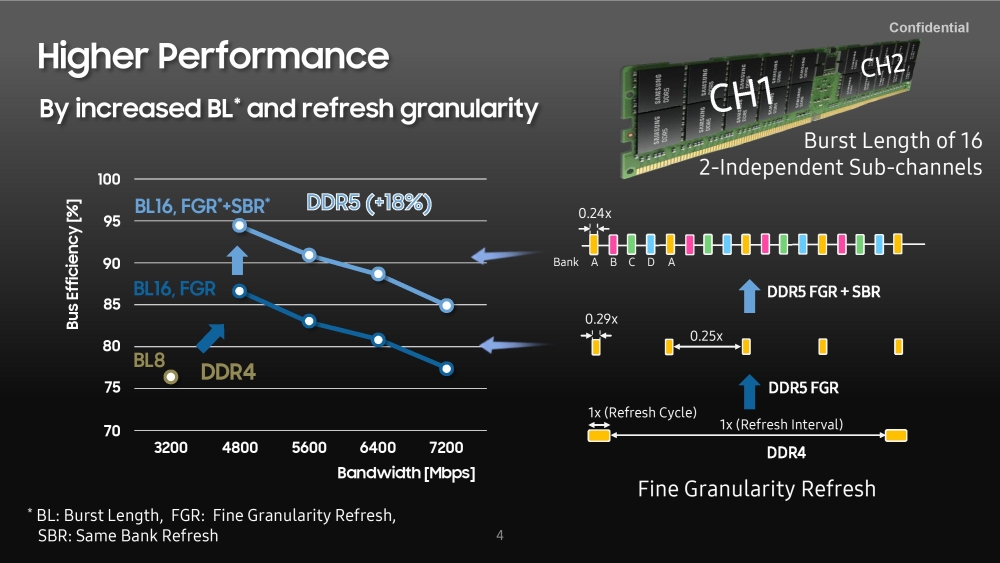 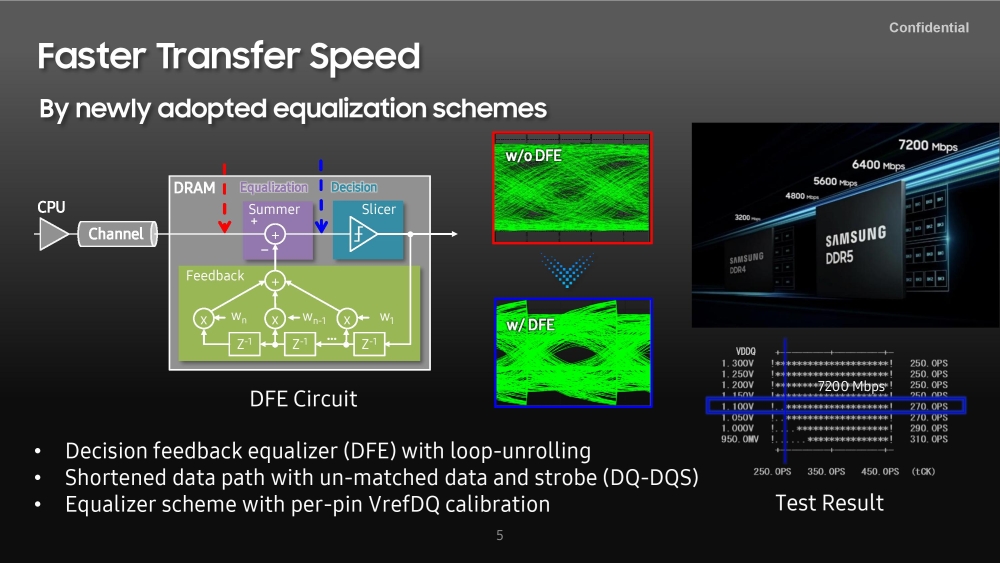 On-die ECC (ODECC) on DDR5 has been a big point for DDR5 and has been filling the news posts for quite some time. As this is not an ECC that we knew before, as this still needs physical memory and a protected bus. On the other hand, ODECC still brings certain improvements, with improved bit error rate (BER) and providing more reliable and secure data. 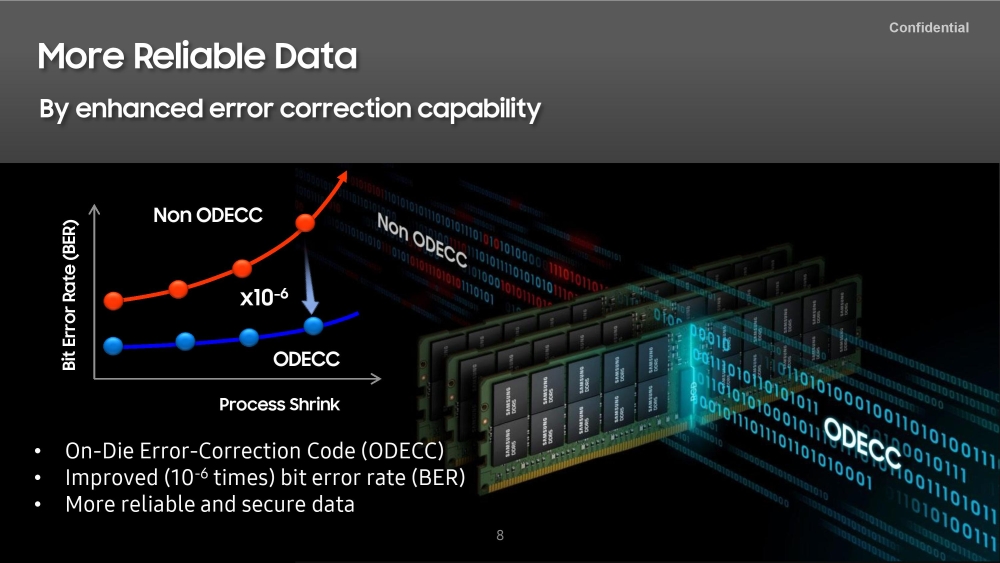 Samsung noted that its first 512 GB modules should be ready for mass production by the end of this year, and we are still waiting for JEDEC's official standards and more details. It is also left to be seen if those improvements will have a greater impact on the price.

Rate this item
(2 votes)
Tagged under
More in this category: « Gigabyte promises to replace exploding PSUs AMD will stick iGPUs under the bonnet of Zen4 »
back to top