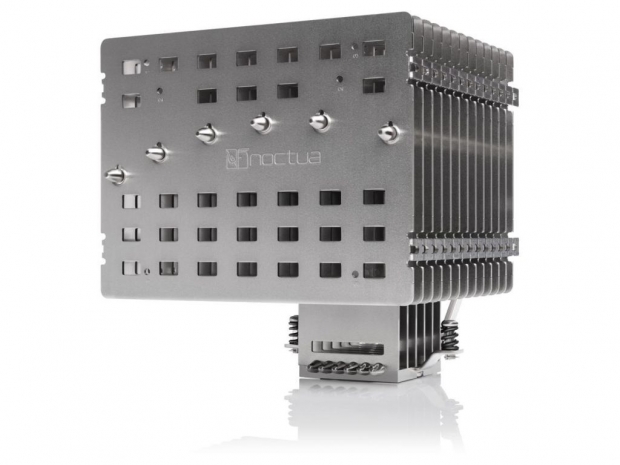 Listed over at Newegg for $100

While we are waiting for Noctua to officially announce their big passive CPU cooler, the same one was spotted over at Newegg.com for $100.

Originally spotted by Fanlesstech.com, the Noctua NH-P1 is a behemoth, and while there are no details about the actual TDP, the listed supported CPUs include Intel 9900K, 9700K or AMD Ryzen 2700X, 3950X, 3700X, 3400G, etc., which is quite a feat. It uses Noctua's SecuFirm2+ mounting system and supports most CPU sockets.

The listing also mentions 100% RAM compatibility on AMD AM4 and Intel LGA1200/115x sockets, and top PCIe slot usability on most ATX and µATX motherboards.

As far as we can see from the picture and listing, it features six heatpipes and a large heatsink. It is bundled with Noctua's NT-H2 thermal compound and can be paired up with Noctua's ultra-quiet 120mm fan such as the NF-A12x25 LS-PWM, giving it just enough air to cope with even the hottest CPUs.

In the meantime, the Newegg.com listing was pulled down, but the price was set at $100, which is not half bad for such a hefty CPU cooler, especially if you are looking for a full passive cooling solution. Of course, it is left to be seen how well it cools down those CPUs.