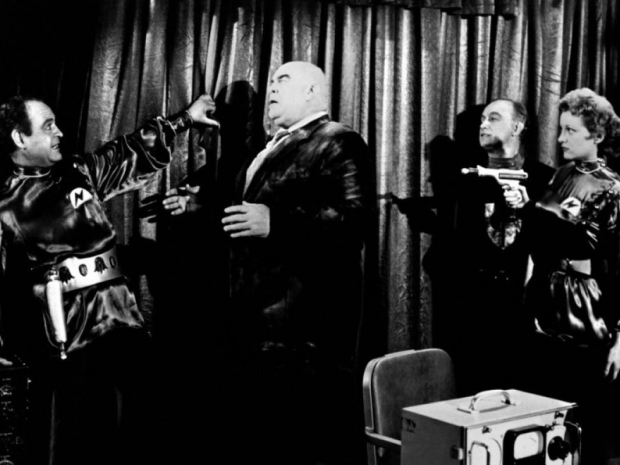 An OS for a distributed world

Forward-thinking boffins at Bell Labs created another flavour of Unix which was designed to fit in a distributed world.

According to Nokia Bell Labs, the cunning plan was to build an operating system that would fit an increasingly distributed world and cleanly and elegantly. The plan was not to build directly on the Unix foundation but to implement a new design from scratch.

The result was named Plan 9 from Bell Labs — the name an inside joke inspired by the cult B-movie "Plan 9 from Outer Space".

Plan 9 is built around a radically different model from that of conventional operating systems. The OS is structured as a collection of loosely coupled services, which may be hosted on different machines.

Another key concept in its design is that of a per-process namespace: services can be mapped on to local names fixed by convention so that programs using those services need not change if the current services are replaced by others providing the same functionality.

However, while it might have had some groundbreaking innovations in Plan 9, the operating system did not take off and Bell Labs could not be bothered fronting the cash for it.

But Plan 9's innovations found their way into many commercial OSes. These included the idea of making OS services available via the file system which is now part of Linux. Plan 9's minimalist windowing system design has been replicated many times.

The UTF-8 character encoding used universally today in browsers was invented for, and first implemented in, Plan 9; and the design of Plan 9 anticipated today's microservice architectures by more than a decade.

Now Nokia Bell Labs are transferring the copyright in Plan 9 software to the Plan 9 Foundation for all future development, allowing them to carry on the good work that Bell Labs and many other Plan 9 enthusiasts have undertaken over the past couple of decades.

Nokia Bell Labs said there is an active community of people who have been working on Plan 9 and who are interested in the future evolution of this groundbreaking operating system. That community is organising itself bottom-up into the new Plan 9 Foundation, which is making the OS code publicly available under a suitable open-source software license.

Last modified on 30 March 2021
Rate this item
(0 votes)
Tagged under
More in this category: « NZXT makes AMD motherboard Rocket Lake-S a bit of a yawn for reviewers »
back to top