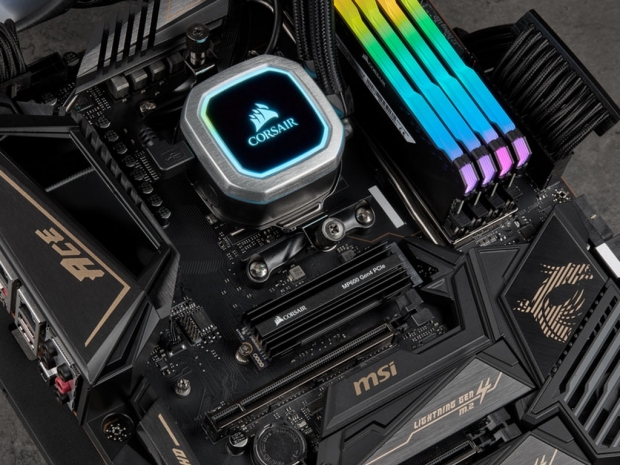 A spotted listing over at Amazon.de revealed a new PCIe 4.0 M.2 SSD from Corsair, the MP600 Pro, which should hit read sequential speeds of up to 7,000MB/s.

Spotted originally by Momomo_us over at Twitter, the listing does not reveal a lot of information, other than we are looking at sequential read and write performance of up to 7,000MB/s and 6,850MB/s, respectively.

Although not specifically confirmed by the listing, we are pretty sure that the Force MP600 Pro will also use 3D TLC NAND with Phison's PS5018-E18 SSD controller to hit 7,000MB/s transfer speeds.

The new MP600 Pro is yet to be announced so we'll wait for Corsair to give out more details, especially the price and capacity details.

Currently, the Force Series MP600 is selling over at Amazon.com and is available in 500GB, 1TB, and 2TB capacities.

Last modified on 27 January 2021
Rate this item
(0 votes)
Tagged under
More in this category: « Intel NUC 11 Phantom Canyon gets a teardown Teamgroup announces DDR5 SO-DIMM memory »
back to top