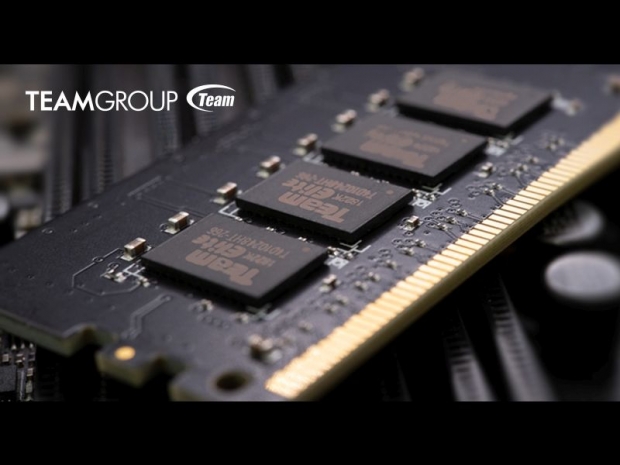 It was rumored for a while that the Alder Lake platform expected in the latter part of 2021 has support for DDR5. Team Group is now reporting that they have successfully developed consumer-grade DDR5 memory validation. The company announced the beginning of validation.

Team Group already talked about DDR5 earlier this year, expecting to have its DDR5 memory modules ready by Q3 2021. It is also working closely with both players, Intel and AMD, on sinking things out, which might also implicate that the upcoming 2H 2021 Zen 4 might have DDR5 support as well.

Team Group has developed the first engineering sample of consumer-grade DDR5 memory. It is hoping to be ahead of the competition with the new DDR5 generation for consumers worldwide.

Team Group is working hard at producing its first batch of DDR5 memory with the tentative specifications of 16 GB, 4800 MHz, and 1.1 V for a single module.

The company collaborates with major motherboard manufacturers, such as ASUS, MSI, ASRock, and GIGABYTE, providing memory and working together with their R&D divisions to perform validation tests.

Through the collaboration of R&D teams, Team Group accelerated the development of its DDR5 memory by adjusting the initial parameters. The successful completion of the validation phase will confirm that the frequencies of standard DDR5 products surpass those of overclocked DDR4 products and represent another big step forward in the evolution of computer memory.

The speed update after getting a platform DDR 5 should be immediately noticeable as 4800 MHz sounds like a great start, and the fact that ECC is now on the chip level will help the reduction of voltage to 1.1v.

Based on the tentative specifications of 16 GB, 4800 MHz, and 1.10v. one can soon expect DDR5 memory over 5000MHz with just a slight voltage advantage. We must admit it is time to slowly default shift for 2x16GHz kits even for overclockers as nowadays 2x8GB memory might not do the job.

Last modified on 15 December 2020
Rate this item
(1 Vote)
Tagged under
More in this category: « FinalWire Aida v6.32 is out Intel Rocket Lake to reach 5.3GHz »
back to top