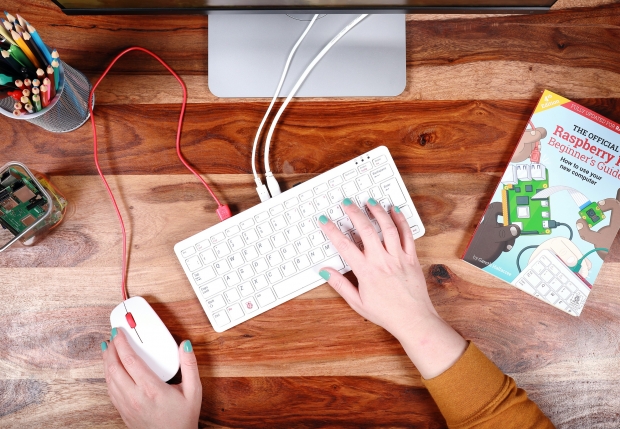 The Raspberry Pi 400 - a keyboard form-factor single board computer - can be safely overclocked to 2.15 GHz.

When it was released last week, the company hinted at overclocking. Testing has now shown that the heat spreader used in that design does an excellent job. The chip was already clocked at 1.8 GHz, versus the stock 1.5 GHz in the original Raspberry Pi 4 Model B board.

But according to Hackday at 2.0 GHz, the Pi 400 got up above 60 C and showed signs of continuing to warm up even after 50 minutes, but it was nowhere near throttling.

When it was set to 2.2 GHz, the CPU refused to boot entirely but dropping it down to 2.15 GHz, it ran just fine. After it was left for three hours and it settled in at a warm 62.5 C but well within specs.

Hackday also tried the CM4 with the larger heatsink at 1.8 GHz to give some basis for comparison to the cheap heatsinks. It settled in at a comfortable 68 C or so. Even pushing it up to 2.15 GHz and leaving it for a couple hours, it stayed just below 70C (158F) -- a safe margin on the throttling threshold -- and only a few degrees warmer than that huge heat spreader in the Pi 400.

Last modified on 12 November 2020
Rate this item
(1 Vote)
Tagged under
More in this category: « Apple's new Macs will not connect external GPUs Tame Apple Press claim benchmark proves M1 chip is faster than Intel’s old one »
back to top