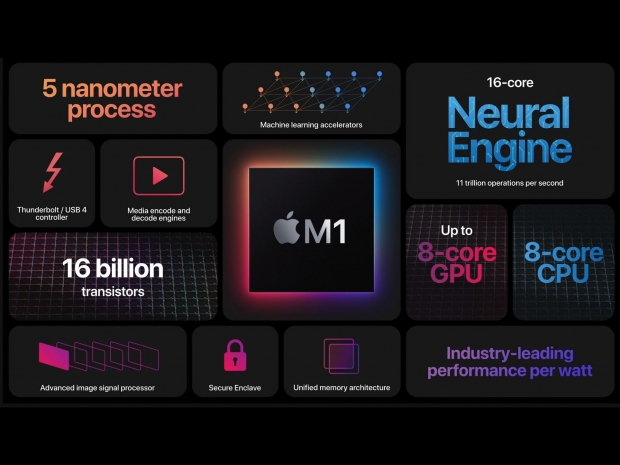 Watching Apple's MacBook silicon, M1 presentation left me astonished by the amount of information not based on facts. Without any thread of evidence, Apple's Johny Srouji, Senior Vice President, Hardware Technologies, was throwing claims that it has the fastest CPU core, fastest GPU core, best performance per watt, and throwing 2X or 3X in the equation.

We know it is a 5nm, the biggest chip that Apple ever created, and that it has 8 CPU cores, four big and four small, 8 GPU cores, and 16 Neural cores.

Srouji said that four high-performance cores on the M1 have ultra-wide execution architecture, 192 KB instruction cache, 128 KB data cache, and shared 12 MB L2 cache. He never mentioned any clocks or the actual performance of the cores. He claims it is the world's fastest. As it comes from Apple's house, end users are obliged to believe what the supreme leader's assistant is saying.

Four efficiency cores use wire execution architecture, have 128 KB instruction, and 64 KB data cache and shared 4MB L2 cache and use 10th of the faster cluster power. Srouji mentions 10W TDP for Air.  He compares the efficiency cluster's performance to a dual-core MacBook at much lower power, again, doesn't say which one.

Backing up the 2X performance claim at 10W TDP of MacBook Air, Srouji ways Apple can do this with ¼ of power but doesn't give any numbers.

A 3X improvement in performance per watt is also not backed up with any data.

Apple says that this is the biggest GPU they ever created, which is not hard to guess. Up to 8 cores of GPU have 128 execution units, 24,576 concurrent treads, 2.6 teraflops, 82 gigatexel per second, and 41 gigapixels per second support. Intel's Xe graphics inside the Tiger lake have 2.46 TFLOPs leaving it very close to Apple's 2.6 teraflops.

How do you come to 2X GPU performance at 10W laptop power envelope and just 5.4 percent teraflop difference? I would love to see the paperwork on that.

Apple claims 11 Trillion TOPs out of its SoC, which is a nice number, but again doesn't compare it to anything.

World's best CPU performance per watt is also a black PowerPoint slide without any proof.

Mac OS Big Sur should be the holy grail in software fitting the M1 SoC silicon and solves all problems, but we predict large performance losses in legacy software emulation.

One leaves without knowing the reference comparison system that Apple uses to support these claims or any actual benchmark. From what we know, Apple can focus on Geekbench single- and multi-core benchmark, as that is one of the few tools that work on both Windows and iOS at the same time.

Most software is emulated

Even the software story is not as smooth and buttery as Apple wants you to think. Apple has its own universal apps running on Intel and Apple simultaneously. Still, big players like Adobe will only have Lightroom ready for this year and Photoshop only in the coming year.

The Rosetta emulator, is well, an emulator. Emulators cause performance loss. The question is just how much.

Fanless design is an obvious advantage and a prolonged battery life due to an efficient core cluster. Some tasks, including wake up from a stand by will get faster due to the low power cores in the M1 chip,

So before you buy into Apple's marketing claims, including the one that MacBook Air is faster than 98 percent Windows-based laptops and that the Mac Mini is 5X faster than the top-selling PC desktop, these things cannot be further from the actual truth. There might be single cases where Apple silicon will shine, but one can forget total domination.

If you like Macs and want a new 13 inch Pro or Air, you won't have any other choice than to get one with Apple Silicon. Apple made these machines available today. It is almost like they don't want independent media to give them a ride and tell the right story.

In the meantime, two out of the three high-performance MacBook 16 inches and 13 inches are still Intel, and for some reason, Apple M1 models of both 13 and 16-inch MacBook don’t support 1TB storage. If you want 1TB storage, you have to go with Intel.

If you are not addicted to MacOs, there are more than plenty of choices with great battery, storage options larger than 512GB, better connectivity, 4G and even 5G, and excellent performance. Just don't drink all that apple marketing sauce. 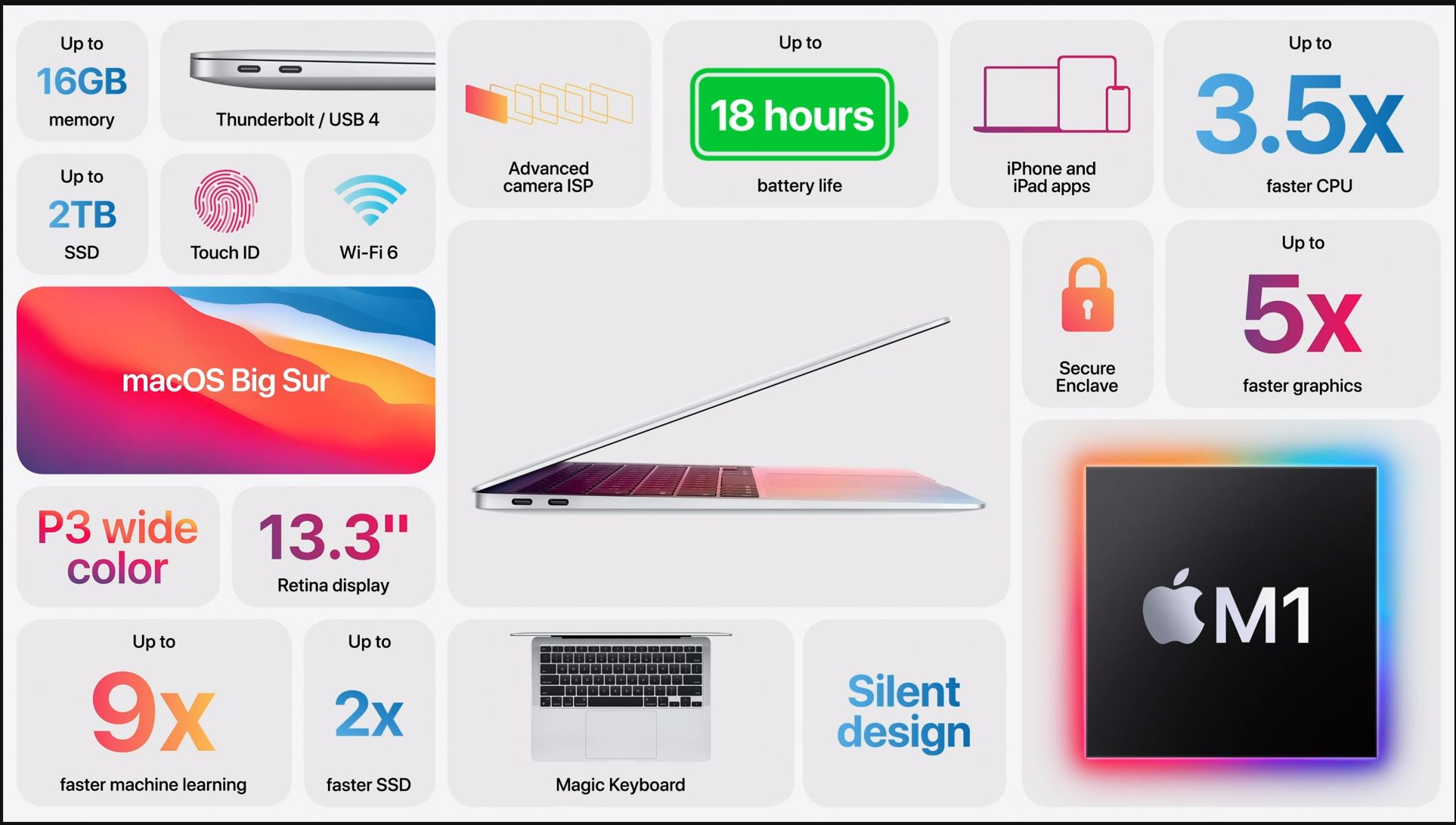 Last modified on 11 November 2020
Rate this item
(7 votes)
Tagged under
More in this category: « Razer diversifies its gaming laptop Apple's new Macs will not connect external GPUs »
back to top