AMD goes for it with Ryzen 5000 series desktop CPUs 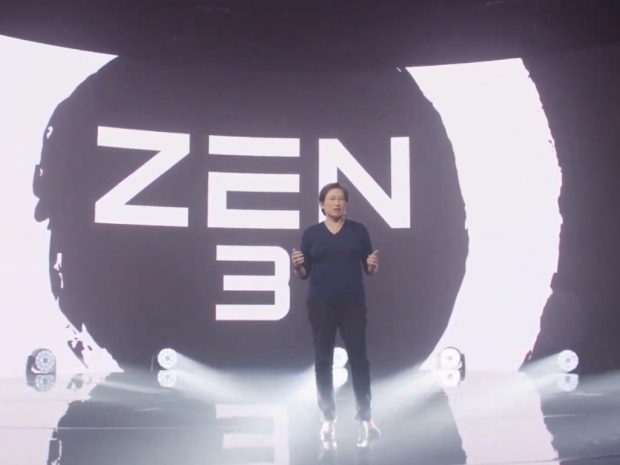 AMD's CEO, Dr. Lisa Su, has kicked off AMD's "Where Gaming Begins" event announcing the new Ryzen 5000 series desktop CPUs based on Zen 3 CPU architecture. With four SKUs in the new Ryzen 5000 series lineup, all available on November 5th,  AMD is claiming the best gaming CPU title, all thanks to Zen 3 architecture improvements and 19 percent increase in performance-per-clock.

After giving a brief history of Zen CPU architecture, AMD's CEO, Dr. Lisa Su, talked a bit about AMD's involvement in upcoming next-gen consoles from Sony and Microsoft, as well as general improvements that Zen architecture brought over the years.

While AMD did not go into a lot of details on the actual Zen 3 architecture improvements, AMD's Chief Technology Officer and Executive Vice President of Technology and Engineering, Mark Papermaster, took to the stage to give a few highlights what to expect from Zen 3 in Ryzen 5000 series desktop CPUs. 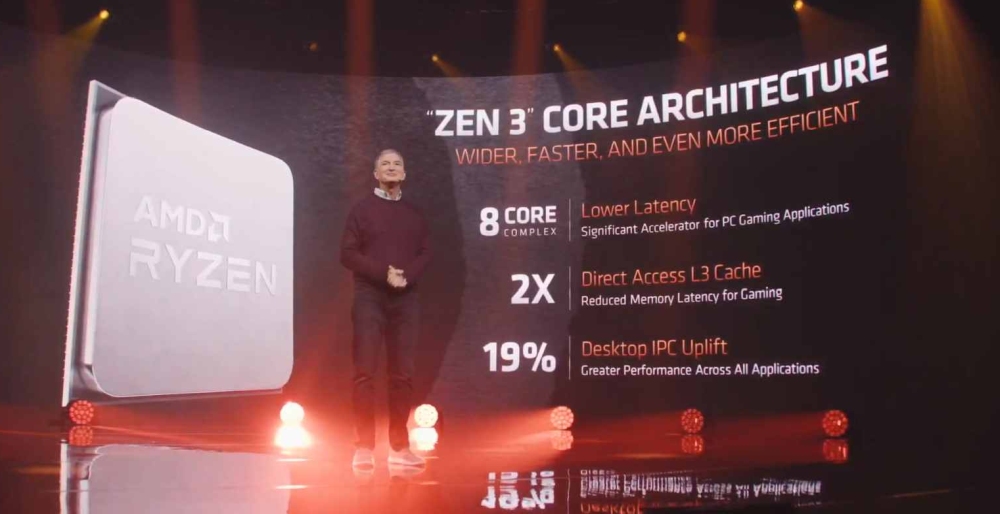 For starters, there is a 19 percent increase in performance-per-clock where AMD compared the previously available Ryzen 9 3900X, 12-core CPU, with the new Ryzen 9 5900X, the new 12-core CPU. According to AMD's own testing, the 19 percent increase comes from several contributors, including Cache Prefetching, Execution Engine, Branch Predictor, Micro-op Cache, Front End, and Load/Store. 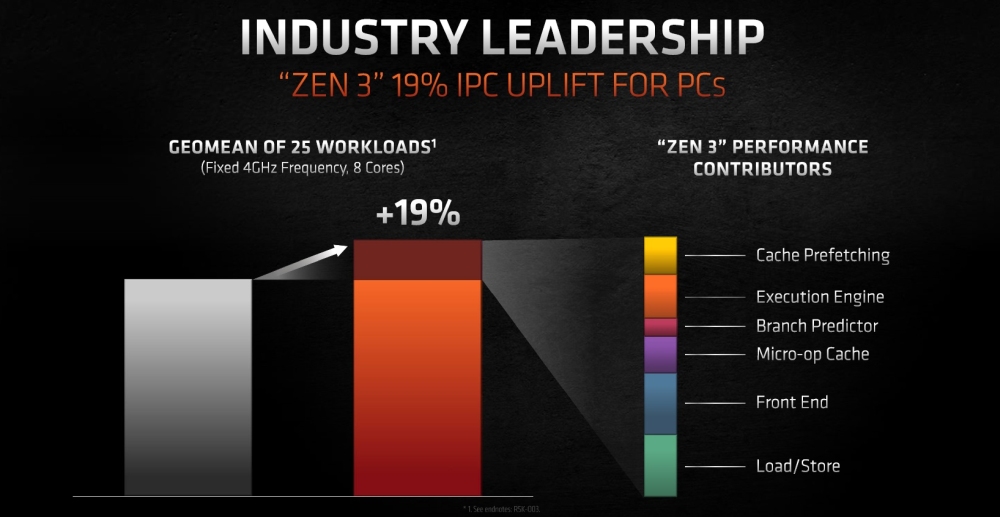 When it comes to actual architecture, Zen 3 has a single 8-core structure, but this time around, and compared to the Zen 2 architecture, each of these eight cores shares 32MB of L3 cache inside a chiplet. There is also accelerated core and cache communication, as well as reduction in effective memory latency, although no precise numbers were given. 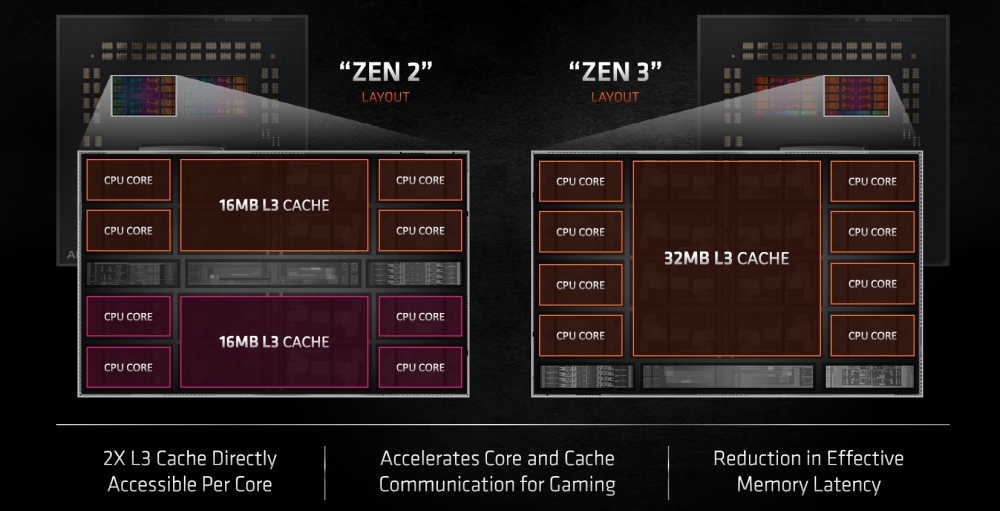 What is more impressive is that AMD managed to keep the CPUs in the same power envelope as the Ryzen 3000 series desktop CPUs, so even the 16-core SKU in the new Ryzen 5000 series lineup will have the same 105W TDP, which is where a 2.4x performance per watt is coming (2.8x lead compared to Intel's Comet Lake CPU). 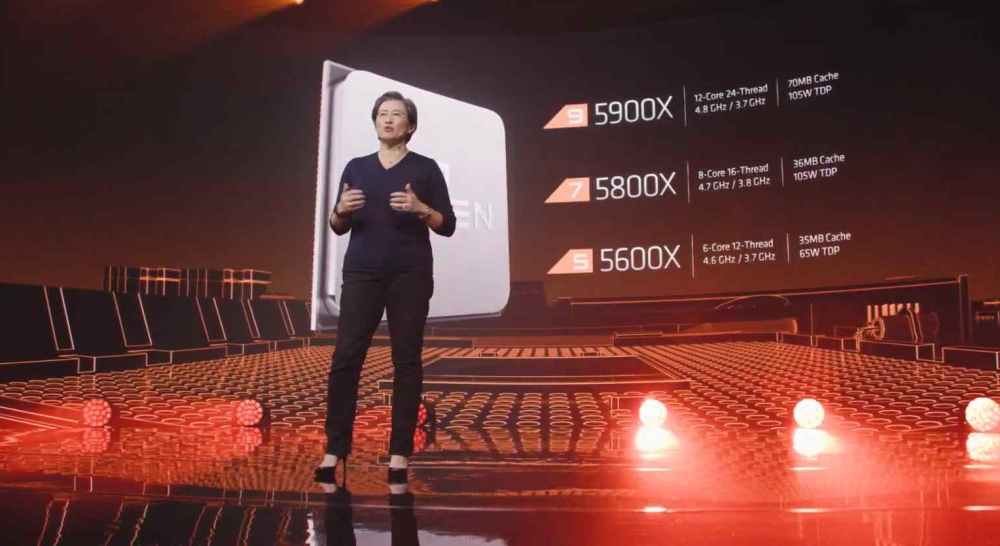 All four SKUs will be available on November 5th, and the pricing seems in line with what we expected and just matched properly to put a lot of pressure on Intel's lineup. 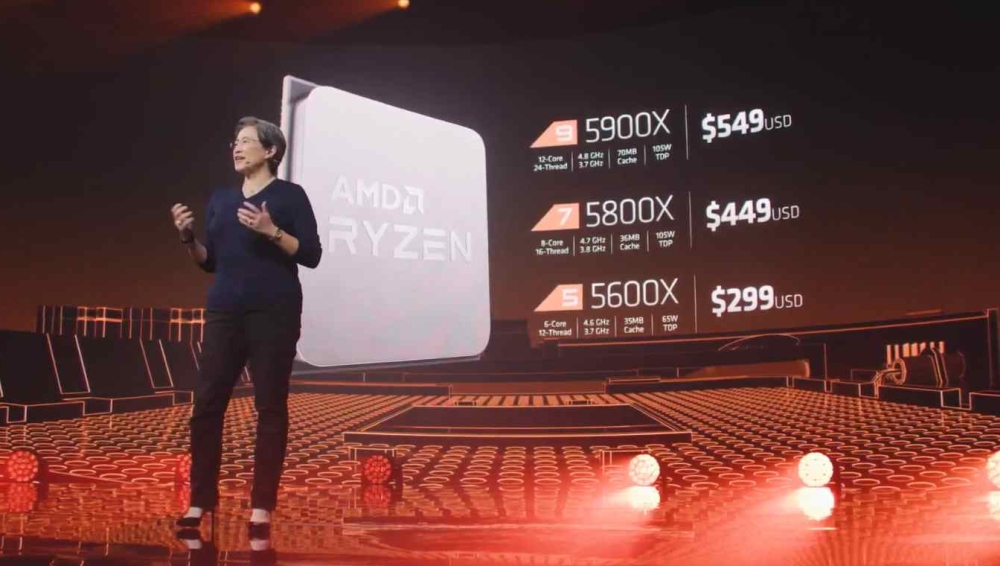 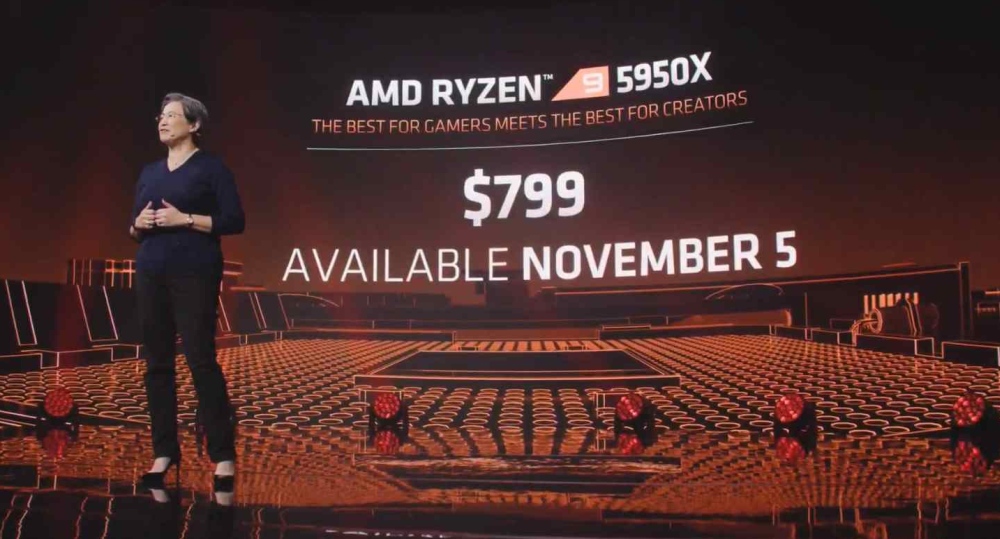 According to AMD's own benchmarks, AMD Ryzen 9 5900X managed to reach an impressive 631 points in Cinebench R20 single thread benchmark, outperforming anything Intel has on the table, and allowing AMD to take the single-threaded performance crown.

AMD has managed to execute its roadmap flawlessly and has continued to offer significant improvements in the desktop CPU market, taking advantage of Intel's troubles with the 10nm manufacturing process. AMD's next generation Zen 4 CPU architecture, based on the 5nm manufacturing process, is on track and in design, confirmed by Mark Papermaster during the presentation. 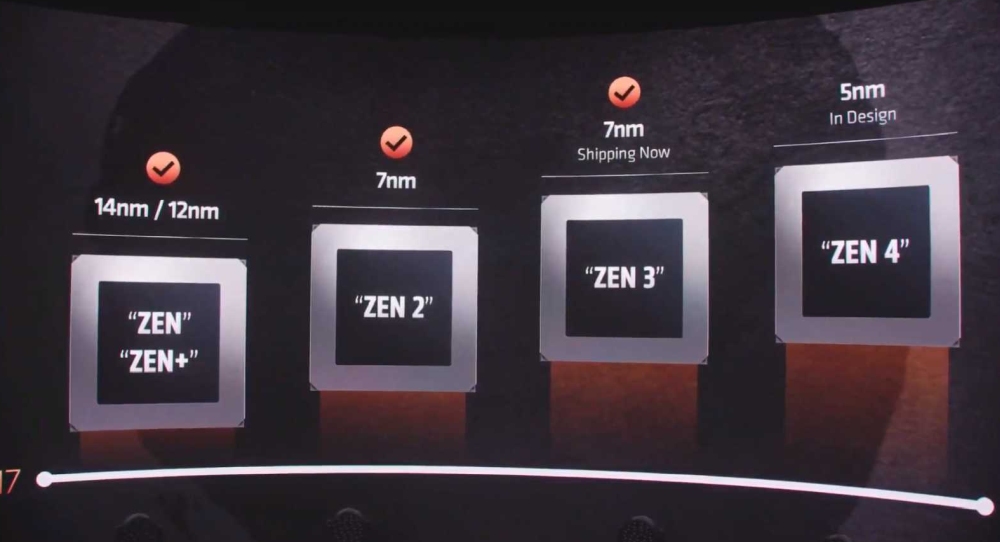 It will be interesting to see how the market will shift when new AMD Ryzen 5000 series CPUs hit the retail/e-tail shelves as currently, Ryzen 7 3800XT is selling at around $350, and Ryzen 9 3900X is going for $450, which is in line with some of the new CPUs, especially the Ryzen 7 5800X. Of course, we should wait for some benchmarks which may give us a clearer picture of performance gains.

Last modified on 08 October 2020
Rate this item
(2 votes)
Tagged under
More in this category: « Intel, Qualcomm, Tesla against ARM–Nvidia merger AMD shows some Ryzen 5000 series benchmark results »
back to top