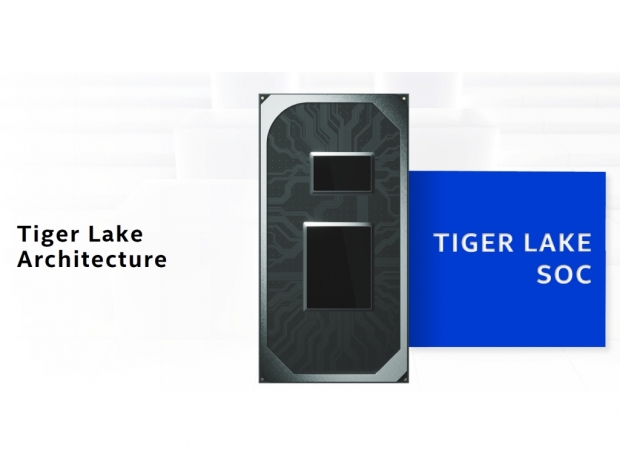 During its Architecture Day 2020, Intel had a lot to show, but a big part of it was the upcoming 11th gen Core Tiger Lake SoC which will launch for notebooks this year.

Based on Intel's 10nm SuperFin manufacturing technology, which is pretty much 2nd generation 10nm, as it uses a redesigned transistor as well as capacitor design, described as SuperMIM capacitors and new FinFET transistors. 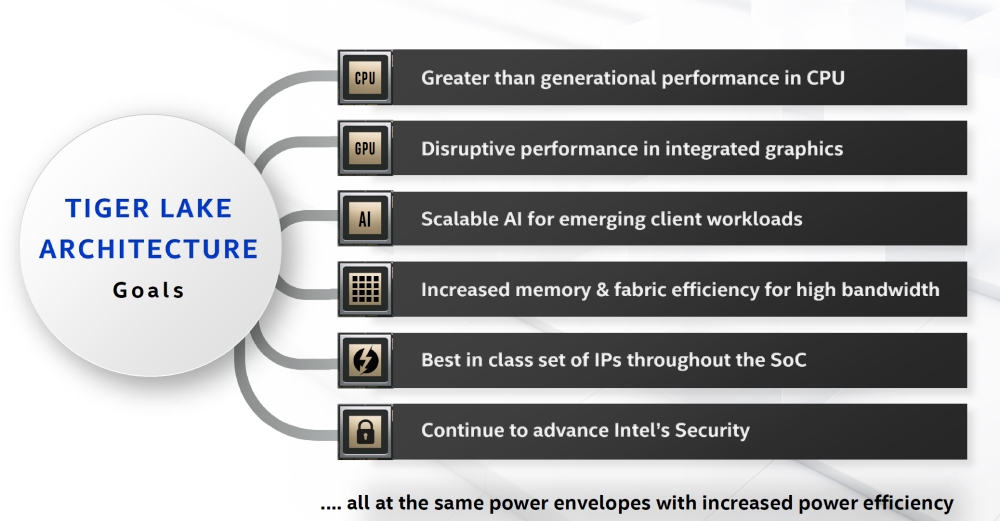 The Willow Cove seems similar to the Sunny Cove design in Ice Lake but with significant improvements in the cache department, with an increase in L2 cache to 1.25MB (up from 512KB), as well as an increase in L3 cache, to 12MB, shared between four cores on the Tiger Lake SoC. The Willow Cove CPU cores will also run on a significantly higher clock, mostly thanks to the 10nm SuperFin. 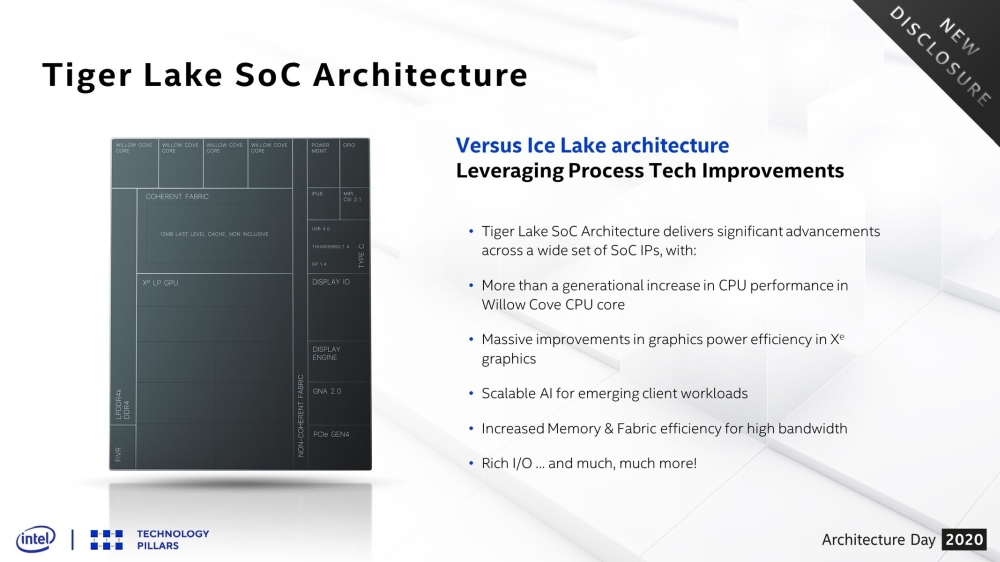 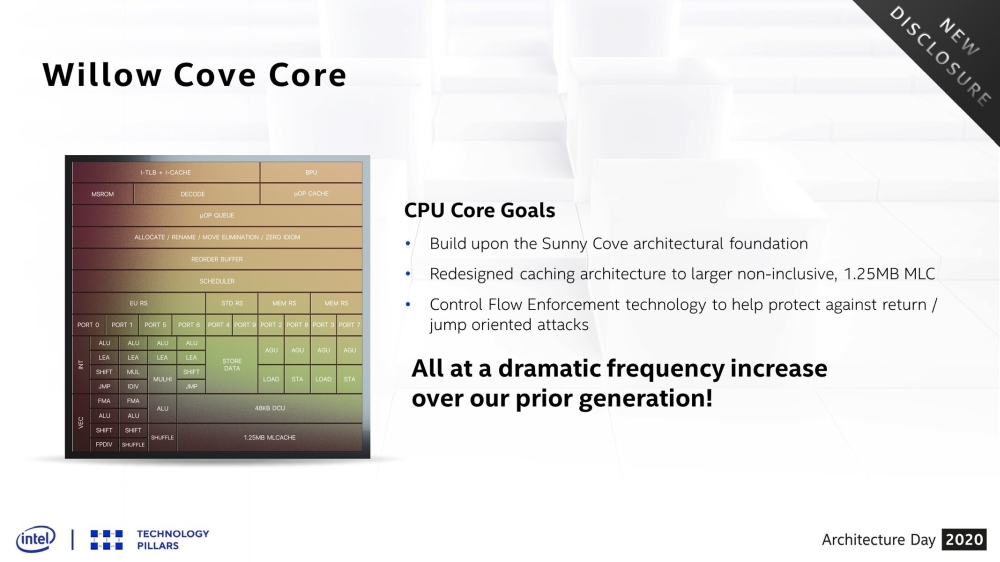 The Xe LP as Intel's Gen2 iGPU will bring several improvements, including 2x performance gain compared to the Gen11 iGPU and it comes with 96 EUs, and up to 16MB of L3 cache of its own. We already wrote a bit about the Xe LP iGPU here, and when it comes to the media and display engine side, you'll get 2x increase in media encode/decode performance, with an ability to 8K/60FPS playback. 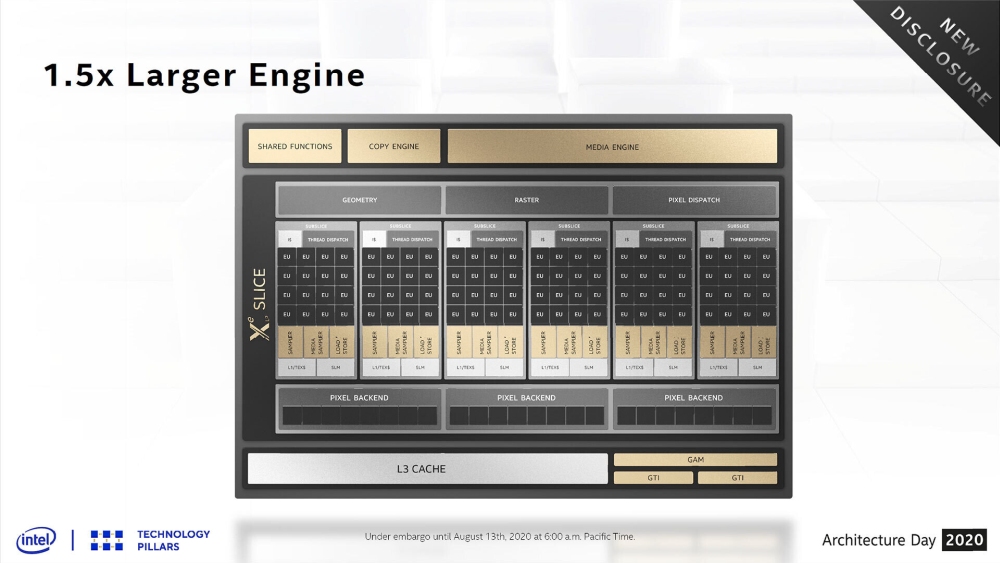 Intel's Tiger Lake will bring some interesting ultraportable notebooks to the market in 2020, and it will be interesting to see how well it scales up to other form-factors and markets in the future. In any case, we are looking forward to see the SKU lineup of Intel Tiger Lake SoCs and how much Intel actually managed to pull from the new 10nm SuperFin internode.