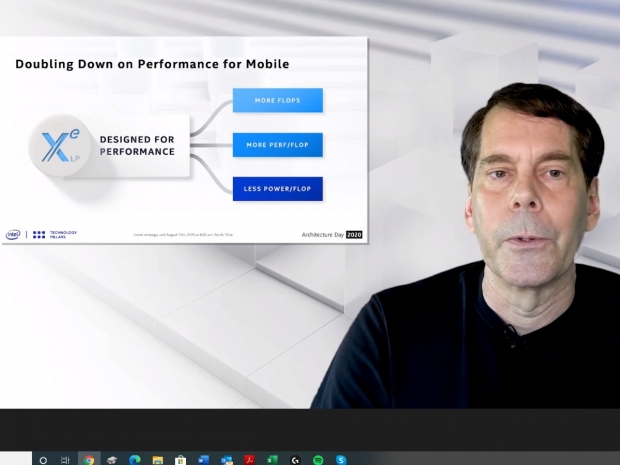 One of the great advantages of taking part at the virtual architecture day at Intel is the chance to chat with the speakers and learn a tad more. David Blythe, a senior fellow graphics architect behind the Xe LP design, as well as Gen 11 GPU, has shared a few interesting details about Xe LP.

Despite 50 percent more EUs from Gen 11 graphics and reaching 96 EUs and 1536 flops per clock, the GPU die size didn’t dramatically change. Without getting to any specific numbers, David confirmed that the GPU ended up being not a lot bigger.

The GPU design team has to increase efficiency and rewrite everything on the hardware and software size, as this is a brand new design for Intel and foundation for higher performance integrated parts in the future.

Intel came  from the ground up with a new architecture called Xe LP. The Intel design team had to work closely with the manufacturing teams in order to make this design possible.

Increasing the number of Execution units from the previous Gen 11 GPU designs by 1.5 was an optimal goal to reach a 2X performance. The mix of the new transistor and new architecture helped in achieving a 2X performance goal set by design.

David also mentioned that the mix of higher GPU clock, new transistors, and the new architecture design helped to keep the TDP and GPU size at the same level, still getting a significantly faster performance. 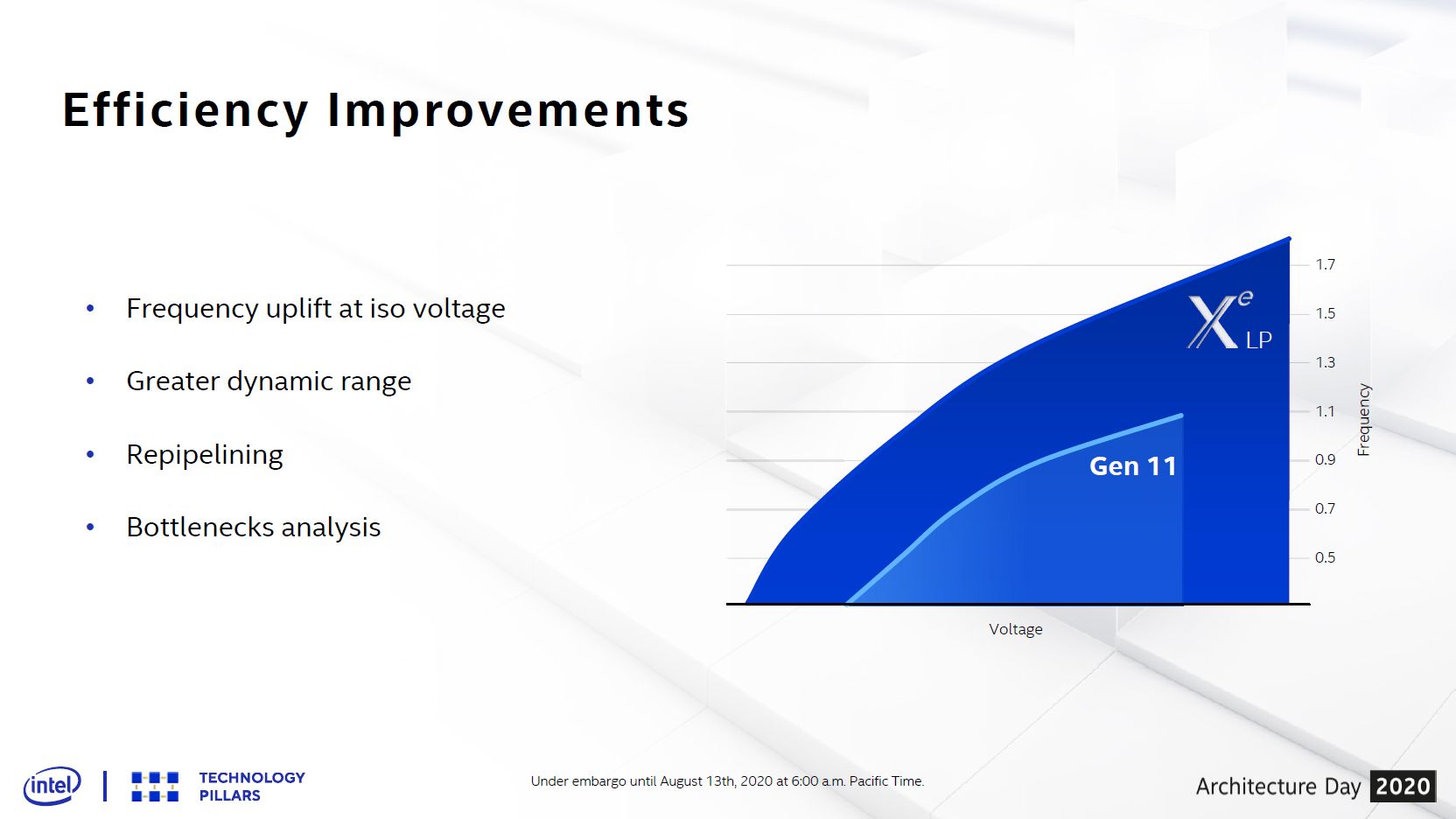 One of the slides implicates that the new GPU might run faster than 1.7GHz, much faster than Gen 11’s 1.1 GHz maximal clock speed. David describes advantages in frequency uplift at ISO voltage, greater dynamic range, re-pipelining the GPU, as well as the bottleneck workload analysis as the extra tools that helped Intel get to the 2X performance increase.

Last modified on 15 August 2020
Rate this item
(4 votes)
Tagged under
More in this category: « Xe HPG is Intel’s high end for 2021 Possible Nvidia RTX 3080 spotted in benchmark »
back to top