Ryzen Threadripper Pro is now out 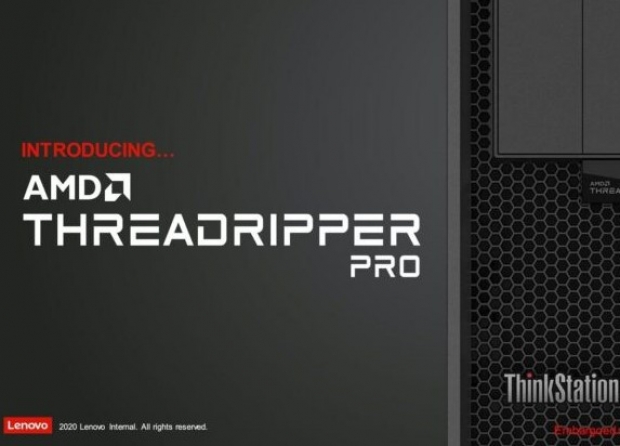 AMD has bought out a workstation-class processor to challenge the Intel Xeon on the desktop with its Ryzen Threadripper Pro.

With up to 64 cores, the pro version of AMD's multicore powerhouse Threadripper processors incorporates essentials like support for shedloads of memory and board-level security, critical for uses which move a ton of sensitive data, ranging from aerospace visualisation to Hollywood video editing and CGI rendering.

The CPU debuts in Lenovo's ThinkStation P620. Lenovo has a limited exclusive on the processor.

They all come with some of the perks of AMD's architecture, including support for PCI Gen4 -- in this case, up to 128 lanes. And the Pro versions add support for more types of memory, notably RDIMM and LRDIMM, over the high-end consumer focused Threadripper, plus 8 memory channels vs. 4, which lets it support up to 2TB of memory.

While AMD supports faster internal transfers than Intel via PCI 4, it doesn't offer any high-speed external data transfer capabilities such as Thunderbolt 3. The ThinkStation P620's weak point is its fastest connections are USB 3.2 Gen 2 and 10Gb Ethernet.

However with the ThinkStation P620, you'll be able to configure up to dual Nvidia Quadro RTX 8000 cards or four RTX 4000, 512GB of memory and 20TB storage. It uses the same 33-liter case as the P520; Lenovo and AMD worked hard to make it possible to jam all those heat-generating components in without resorting to liquid cooling.

It will ship with Windows 10 Pro rather than Workstation, which is generally required by Microsoft for workstation hardware. The two are nearly identical save for the latter's support for MIcrosoft's Resilient File System (ReFS), which has improved safeguards to prevent and repair data corruption, SMB Direct, which speeds network connections and lowers latency with supported network adapters and persistent memory, nonvolatile memory (NVRAM) that doesn't get wiped when it loses power like standard RAM.

Ubuntu and Red Hat Enterprise Linux will come about a month after launch, followed by more LInux certifications.

The ThinkStation P620 will be available this September with prices starting at $4,600.

Last modified on 15 July 2020
Rate this item
(1 Vote)
Tagged under
More in this category: « Microsoft must follow Apple into ARM chips claims Gassée British selling out of laptops »
back to top