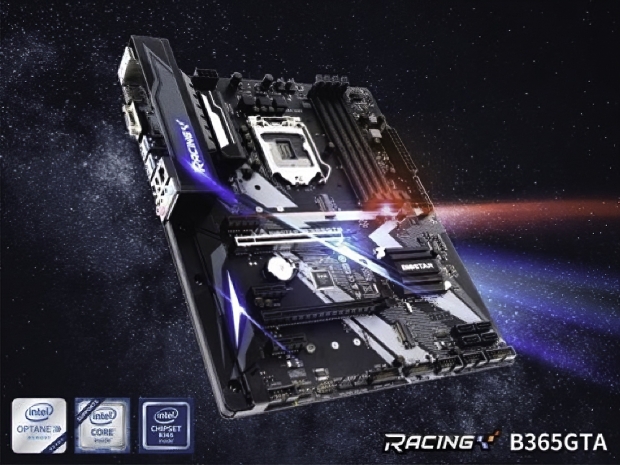 AMD consumers can choose the RACING X570GTA motherboard, which is one of their flagship top of the line motherboards that comes equipped with PCI-E 4.0 Ports with 2x faster bandwidth, secured with the BIOSTAR’s exclusive Iron Slot Protection on the x16 lanes which helps handle heavier graphics cards, prevent bending and extending the longevity of the slots.

This motherboard is built to support 4-DIMM DDR4 which can be overclocked at 4000+MHz for an additional boost in performance.

There is also BIOSTAR's RACING X470GTQ motherboard which is being pitched as a highly reliable and an all-round workhorse motherboard serving a wide range of use cases.

BIOSTAR introduced six other motherboard models including the B450MH for AMD AM4 and B365MHC for Intel 1151 socket.