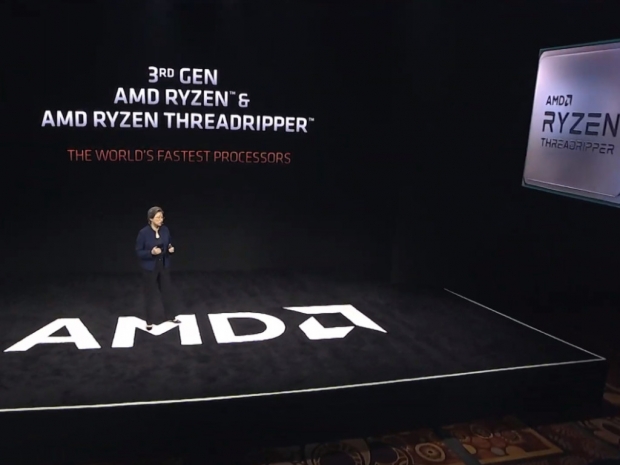 That is almost Intel prices

AMD is about to release its first Threadripper 3990X CPU with 64 computing cores on 7 February with a $3,990 price tag that would make it look like Intel or Apple pricing.

To be fair this is not your normal Threadripper, and it’s designed for high-end desktop computing and creative tasks. The chipmaker has also previously revealed it’s targeting this processor at “Hollywood creators”, so it’s likely that visual effects professionals will be using rigs with these new chips inside in the future.

For your four grand AMD is including 64 cores, 128 threads, a 2.9GHz base clock with boosts up to 4.3GHz, and 288MB total cache. The cores and threads alone are double the previous flagship 2990WX, and the Threadripper 3990X is priced in line with that. You don't need that sort of spec to play Quake.

The 3990X is the world’s first 64-core HEDT processor, according to AMD.

AMD’s latest 64-core Threadripper won’t be making its way into mainstream desktop PCs or even gaming rigs anytime soon, but it does open the door for the company to drive the costs down of manufacturing these chips so we might see something similar hit the mainstream in the future.

This is one of a number of announcements AMD made, others including the aforementioned Ryzen 4000 mobile processors, as well as the Radeon RX 5600 XT graphics card, the RX 5600M for higher-end gaming laptops, and new FreeSync Premium and FreeSync Premium Pro tiers to help gamers choose the best displays for their needs. 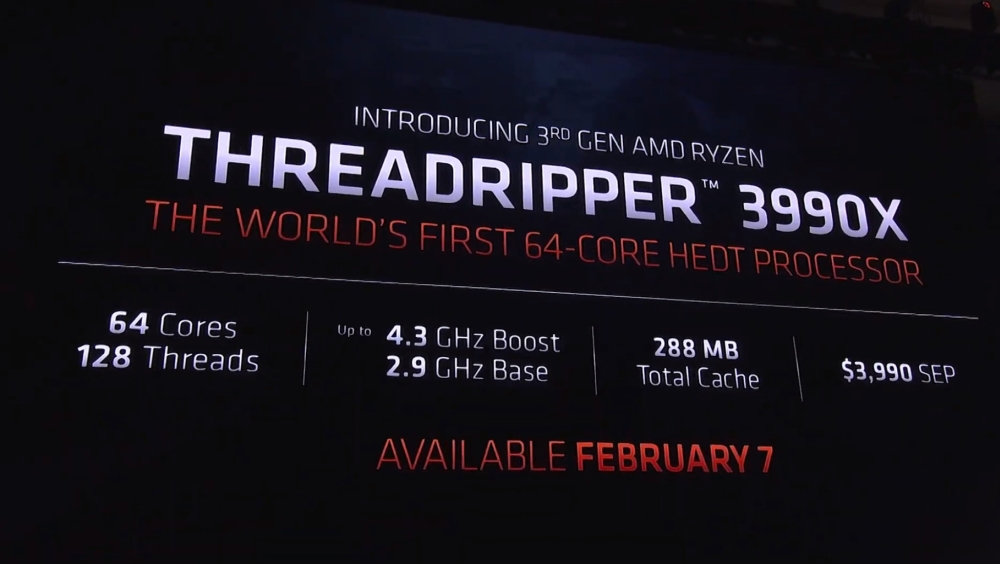 Last modified on 07 January 2020
Rate this item
(0 votes)
Tagged under
More in this category: « Intel CEO gives up chasing market share MIT tells you how fast your code will run on different chips »
back to top