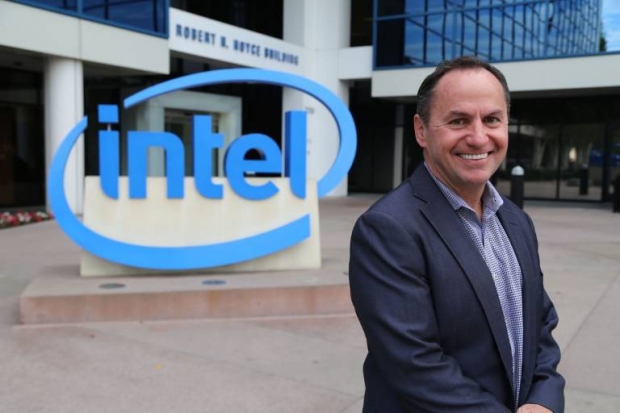 Looking for a third of "total silicon"

Intel chief executive Bob Swan says he's willing to let go the company's traditional dominance of the market for CPUs in order to meet the rising demand for newer, more specialized silicon chips for applications such as AI and autonomous cars.

Swan blames being focused on 90 per cent CPU market share as a reason for missing opportunities and transitions, envisions Intel as having 30 per cent of all-silicon TAM instead of majority CPU TAM.

Just a few years ago, Intel owned more than 90 per cent of the market share in the x86 CPU market. Many financial models used Intel's revenue as a proxy for the Total Available Market of the CPU sector.

With a full-year revenue of $59.4 billion in 2017 the total TAM of the CPU side of things is roughly $66 billion. Bob Swan believes that this mindset of protecting a majority share in the CPU side has led to Intel becoming complacent and missing out on major opportunities.

Swan said: "How we got here is really kind of threefold, one we got a lot faster than we expected and the demand for CPUs and servers grew much faster than we expected in 2018. You'll remember we came into 2018 projecting a 10 per cent growth and we grew by 21 per cent growth so the good news problem is that demand for our products in our transformation to a data-centric company was much higher than we expected. Secondly, we took on a 100% market share for smartphone modem and we decided that we would build it in our fabs, so we took on even more demand. And third, to exacerbate that, we slipped on bringing our 10nm to life and when that happens you build more and more performance into your last generation for us -- 14nm -- which means there is a higher core count and larger die size. So those three -- growing much faster than we thought, bringing modems inside and delaying 10nm resulted in a position where we didn't have flexible capacity."

Of course, it is nothing to do with being getting a kicking from AMD.

Last modified on 10 December 2019
Rate this item
(1 Vote)
Tagged under
More in this category: « China purges foreign PCs Intel chills and comes up with quantum chip »
back to top