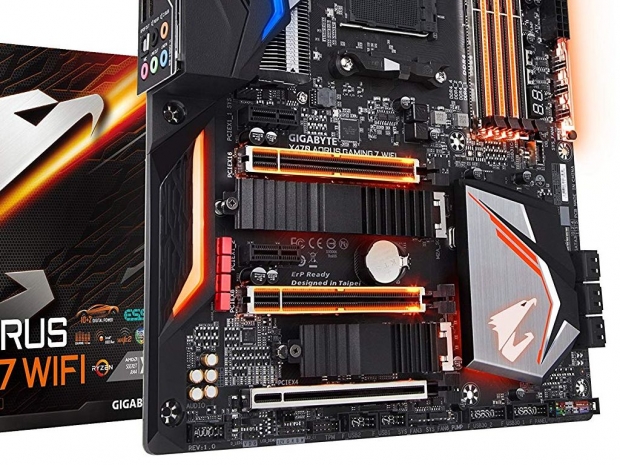 Due to issues with some motherboards

AMD has confirmed that older chipset motherboards, based on X470, X370, B450, B350 and A320 chipsets, will lack support for PCIe 4.0, as there could be some issues with some motherboards.

With PCIe 4.0 bringing double the bandwidth of PCIe 3.0, as well as other optimizations, some hoped that AMD would extend support to older AM4 motherboards, but, unfortunately, due to a wide range of motherboards and the possibility that some might have problems, AMD will be limiting support to 500-series chipset motherboards. While some motherboards could be capable of handling PCIe 4.0 signal without any issue, some motherboards are barely supporting PCIe 3.0, which explains AMD's move.

While some X470 and B450 motherboards have already got support for PCIe 4.0, with Gigabyte launching BIOS updates, it appears that option will be reversed and disabled.

The confirmation came from Rober Hallock, Senior Technical Marketing Manager at AMD, explaining over at Reddit that the company simply cannot have a mix of "yes, no, maybe" in the market.

"Pre-X570 boards will not support PCIe Gen 4. There's no guarantee that older motherboards can reliably run the more stringent signaling requirements of Gen4, and we simply cannot have a mix of "yes, no, maybe" in the market for all the older motherboards. The potential for confusion is too high. When final BIOSes are released for 3rd Gen Ryzen (AGESA 1000+), Gen4 will not be an option anymore. We wish we could've enabled this backwards, but the risk is too great."

Currently, only a couple of SSD makers have unveiled their own PCIe 4.0 SSDs based on Phison E16 design, and Crucial/Micron promised to have its own design by the end of the year so it should not be a big deal.