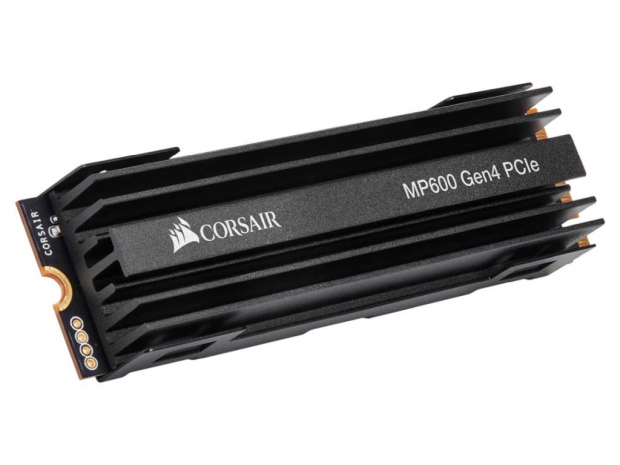 Corsair has announced its latest Force-series SSD, the PCIe 4.0 M.2 NVMe Force MP600 capable of reaching sequential transfer speeds of up to 4,950MB/s.

With AMD X570 motherboards supporting PCIe 4.0 around the corner, it comes as no surprise that SSD makers are starting to announce their own PCIe 4.0 SSDs and Corsair was one of the first with their own Force MP600.

Based on a standard M.2 form-factor with PCIe 4.0 interface, the Force MP600 promises sequential read and write speeds of 4,950MB/s and 4,250MB/s, respectively. It uses Phison's PS5016-E16 controller paired up with 3D TLC NAND.

Unfortunately, there are no further details on actual random 4K performance, capacities, or price, but Corsair did promise more details before it officially becomes available in July, the same time we expect motherboard makers to launch AMD X570-based motherboards.