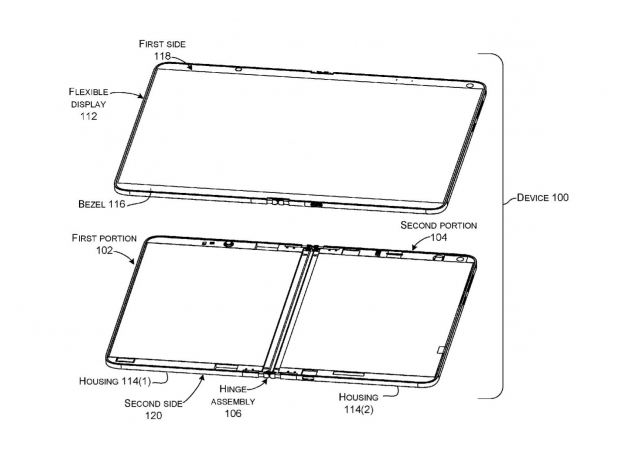 The inventor of the modern tablet, Microsoft, is working on a a new hybrid dual-screen Microsoft Surface device that blurs the lines between phone and tablet.

According to patent application 20180292860 published last week, Vole has applied for a "hinged device" with a "first and second portion" that includes a "flexible display".

This would be similar to the one on the Surface Book and have familiar smartphone components like a bezel and camera.

The brains behind the idea is Kabir Siddiqui, who has been named on previous patent documents related to a foldable Surface device. He's also credited with inventing features like the Surface kickstand and camera.

The patents represent one of the clearest signs yet that Microsoft has shown interest in building a "new and disruptive" category that includes elements of a smartphone, tablet and computer all in one.

Rumblings of a new Surface phone-like device, under the codename Andromeda, have persisted for years, though the company has yet to confirm such a plan.

The moment it releases such a product, Apple will release its own version, claim to have invented it and then make an absolute fortune out of it until the novelty wears off.