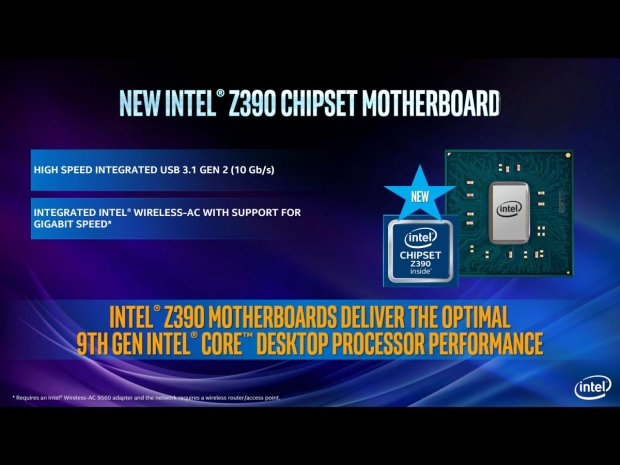 The new chipset that will accommodate the Intel 9th generation Core processors based on 14nm++ has brought two new features. Intel has introduced WiFi integration on the chipset level as well as USB 3.1 gen 2 support out of the box.

The Z390 chipset has learned a few new tricks. First is support on the chipset level for USB 3.1 Gen 2 with its 10 Gbps speed. The last generation of the chipset had to rely on a third-party chipset to enable this neat feature. This enables much faster data transfers.

The second feature that definitely represents a wind of change in the Windows desktop strategy is the on-chipset integration of the Gigabit Wireless 802.11 AC. Intel does say that in order to get the gigabit speeds the 9650 wireless adapter needs. Most motherboards for the K series showcased at an Intel New York desktop event had WiFi support too, and this is becoming a regular feature on higher end motherboards. 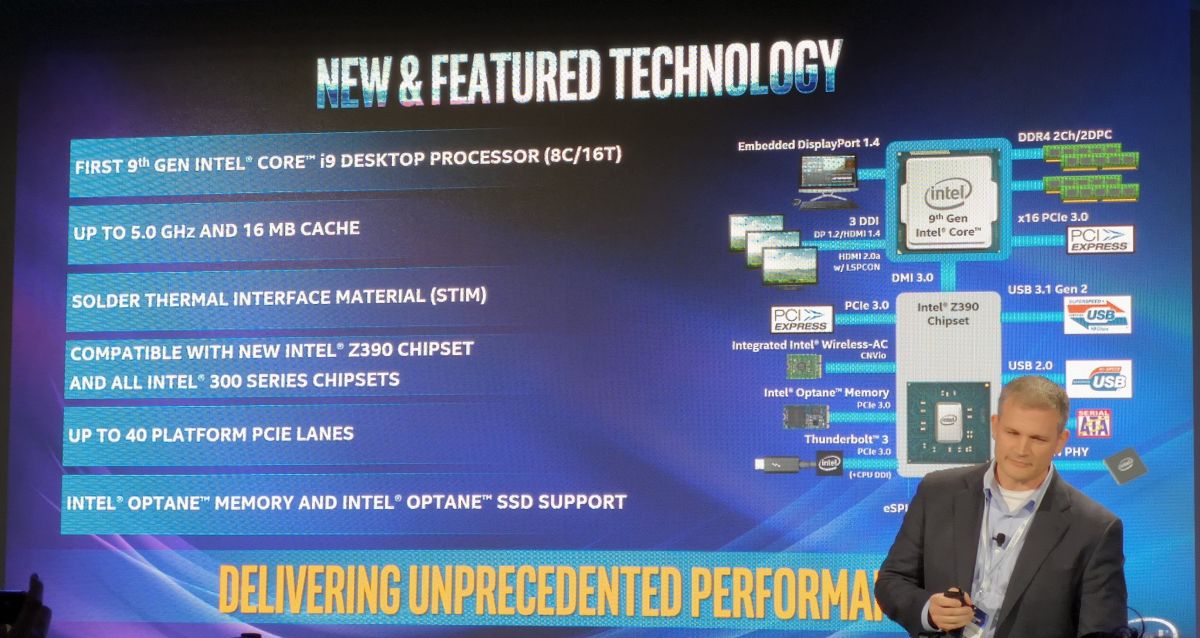 Many casual gamers should be OK on wireless too. The new chipset brings 40 PCIe lanes as you apparently cannot have enough PCIe lanes or memory channels. Intel Optane memory and Intel Optane SSDs are supported as well.

The new chipset does get Intel’s first eight-core and sixteen thread CPU all the way to 5GHz and 16MB cache makes a big difference. Mixed feelings are present around its $488 pricing but the fact that all cores can access all cache, coherent cache at any time, really makes a difference.

Wireless integration is an important step as wireless has became ubiquitous and customers want connectivity all the time without the need to run wireless all over your house. Wireless is simply fast enough and it is a step towards the 5G, always connected part of the story. Gaming or creators' PC these days are always connected and integration on the chipset level was long overdue even on the desktop side. The chipset also supports Thunderbolt 3.

Last modified on 10 October 2018
Rate this item
(0 votes)
Tagged under
More in this category: « AMD’s Lisa Su to keynote CES 2019 Intel 10nm shipping inside of NUC »
back to top