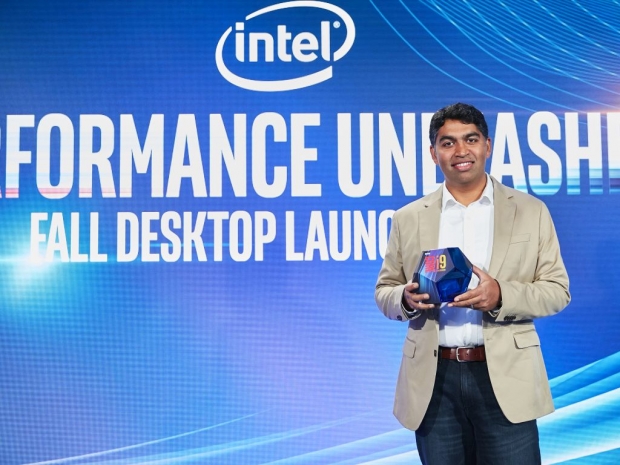 Still pretty much based on the original Skylake architecture - third Skylake refresh if you keep count - or as Intel calls it, the Coffee Lake Refresh, the new 9th Generation Core CPUs are still built on a 14nm manufacturing process, but bring a couple of changes mostly in number of cores, clocks and L3 cache amount.

While the 8th generation Core flagship, the Core i7-8700K (and the anniversary Core i7-8086K), stuck to six-cores and twelve threads, Intel has now upped the core game, pushing its flagship Core i9-9900K to eight-cores with a total of sixteen threads. It still retains the 95W TDP, works at 3.6GHz base and 5.0GHz Turbo clock, and has 2MB of L2 per core (for a total of 16MB).

All three 9th generation Core SKUs support 2666MHz DDR4 memory and come with the same GT2 integrated graphics as the Intel's 8th generation, with 24 EUs and maximum GPU clock of up to 1200MHz (1150MHz for the Core i5-9600K). It will still be named as the UHD Graphics 630. 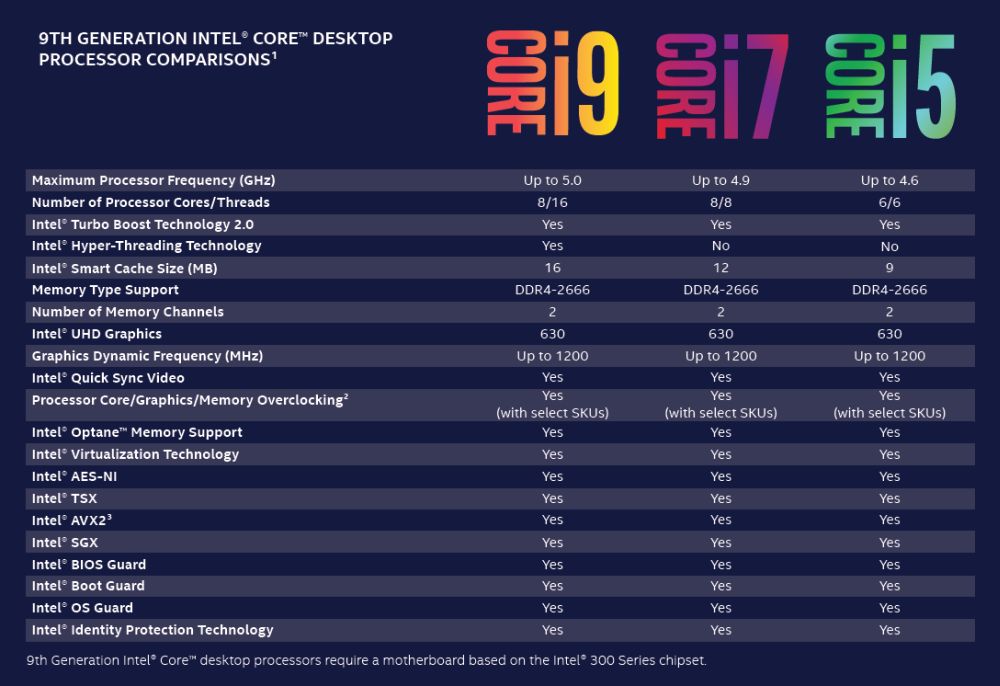 Intel also learned from some of its earlier mistakes and has decided to use soldered thermal interface material (STIM) on these three 9th generation Core CPUs, which should provide increased thermal conductivity between the CPU and the IHS, provide better heat dissipation, and make the de-lidding unnecessary.

The Z390 motherboards have been ready for quite some time, which is why we have seen so many leaks, and this does not come as a surprise as it is pretty much a refresh of the Z370 chips. Both the Z370 and the Z390 will support the new 9th generation CPUs (with a BIOS update for the Z370) and the updates are minor, as you get more native USB 3.1 Gen2 ports and integrated 802.11ac WiFi. 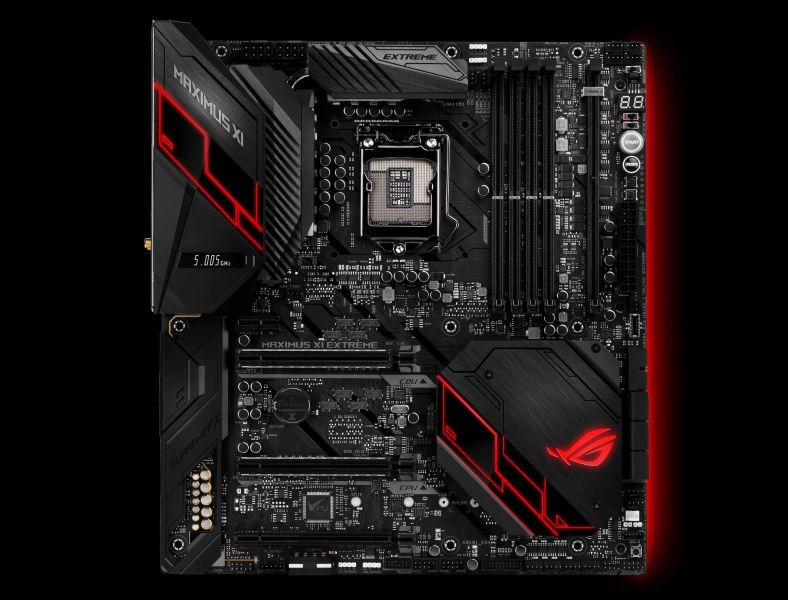 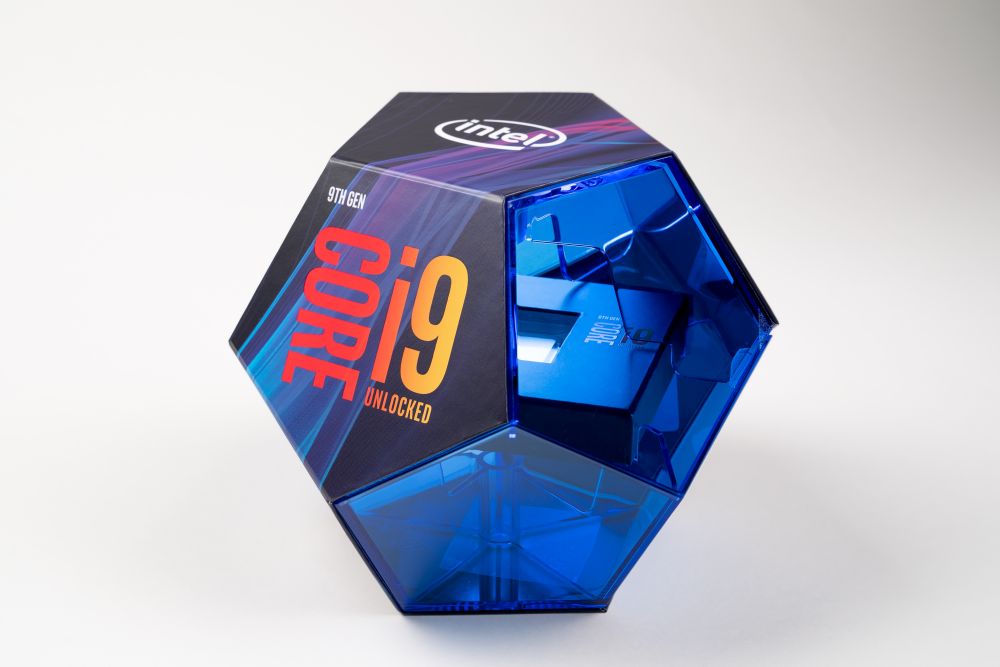 Last modified on 09 October 2018
Rate this item
(0 votes)
Tagged under
More in this category: « Apple still has not activated secret repair kill switch IBM cracks processing barrier »
back to top