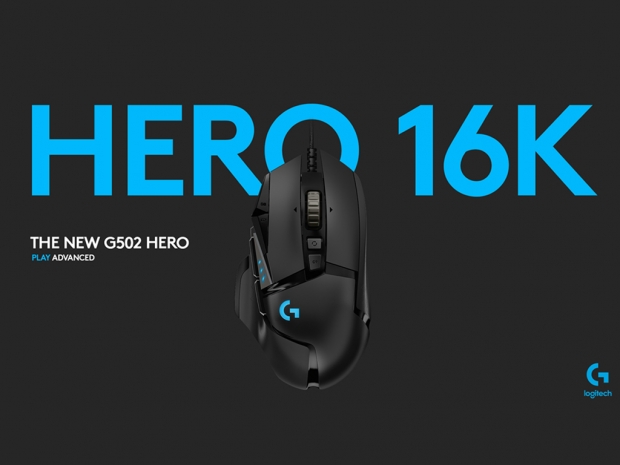 Same design with a hardware upgrade

Logitech G502 has been a market favorite since it was released back in 2014, and now, Logitech has updated it with the new HERO 16k sensor and a better cable.

In addition to the PRO Wireless gaming mouse with Hero 16k sensor, which was announced at the Gamescom 2018 show and built specifically for the e-sports market, Logitech has also updated its popular G502 gaming mouse with the same Hero (High Efficiency Rated Optical) 16k sensor.

With the Hero 16k sensor, the Logitech G502 gest an all-new lens and updated tracking algorithm, exceeding 400 IPS and delivering 16,000 DPI tracking, which is a decent upgrade from the 12,000 DPI it had earlier, although we are quite sure it would be hard to notice a difference, especially since the previous G502 was an exceptional mouse.

The design was left unchanged, as it still an adjustable weight system with five 3.6g weights, 11 programmable buttons, dual-mode hyper scroll wheel, and Logitech G's Lightsync RGB lighting. Logitech did note it has updated the braided cable to give it a bit more flexibility, as well as included the upgraded mechanical switch, developed in partnership with Omron.

The new, or precisely, the updated Logitech G502 HERO gaming mouse will still be available in black color and should come to retail/e-tail shelves in October 2018, with a suggested retail price of $79.99.