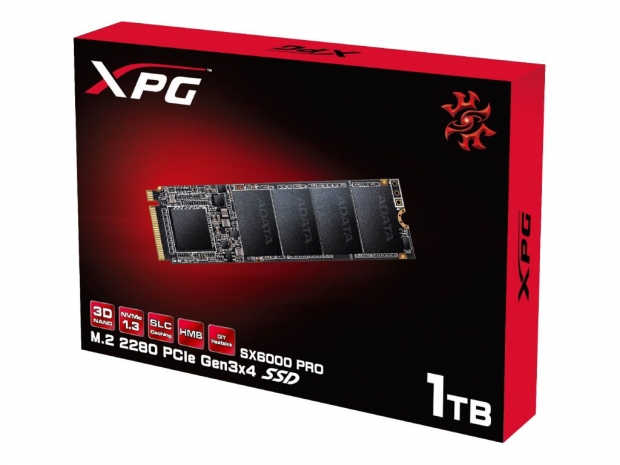 ADATA has unveiled its latest XPG SX6000 Pro SSD lineup which will be available in capacities of up to 1TB and use Realtek's controller in combination with 3D TLC NAND, reaching sequential performance of up to 2100/1400 MB/s.

It also comes with dynamic SLC caching, AES 256-bit encryption and is backed by a five year warranty, something not usually found on such entry- to mid-range SSDs.

ADATA was also keen to note that these are single-sided SSDs, making them compatible with ultra-thin notebooks and other systems.