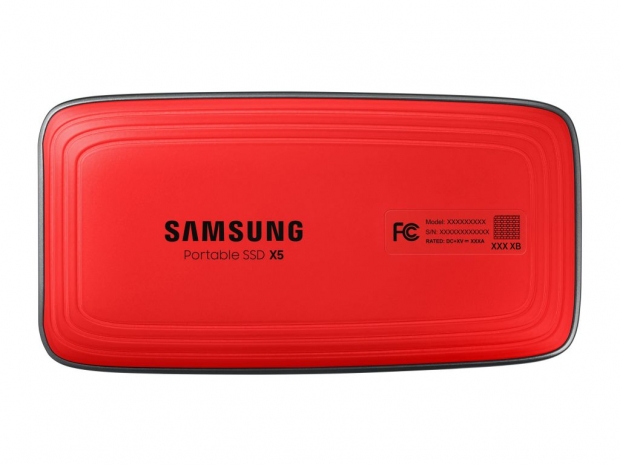 Samsung has officially unveiled its new Portable SSD X5, an NVMe-based portable SSD which will be available in capacities of up to 2TB, and feature a Thunderbolt 3 interface to hit read and write speeds of up to 2,800MB/s and 2,300MB/s, and will cost quite a penny.

Using a full-metal chassis with some rather aggressive red paint-job, the new Samsung Portable SSD X5 measures 119x62x19.7mm and weighs 150g, which is not that bad considering it has an internal shock-resistant frame, making it impressively tough.

The Samsung Portable SSD X5 will be available in 500GB, 1TB and 2TB capacities, and according to Samsung, should easily hit up to 2,800MB/s sequential read and up to 2,300MB/s sequential write (2,100MB/s for the 500GB model) performance. It also comes with AES 256-bit hardware encryption.

In order to keep the temperatures in check for this portable drive, Samsung used the "Dynamic Thermal Guard" technology, but according to some of the first reviews, it is still not enough to keep it from throttling down under high usage, which will have an impact on the performance. 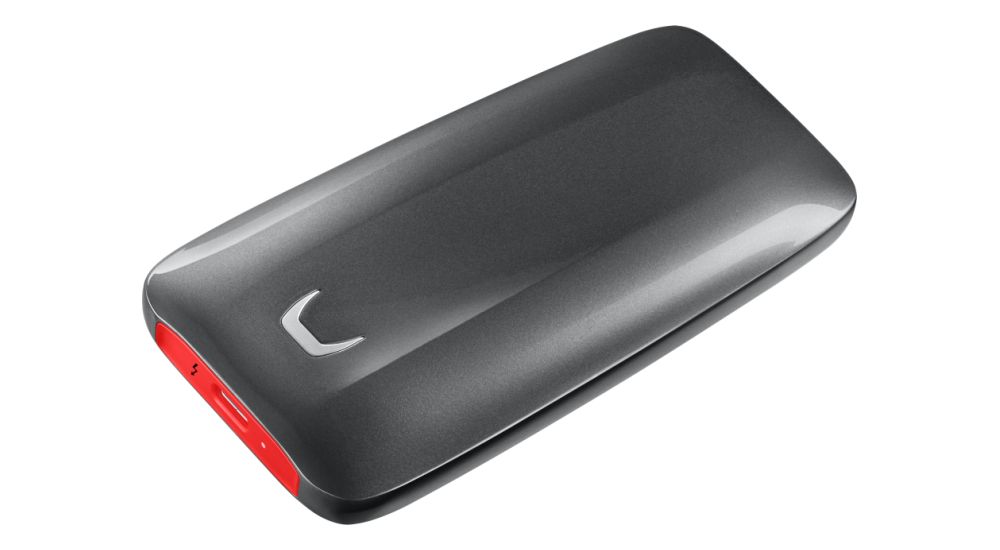 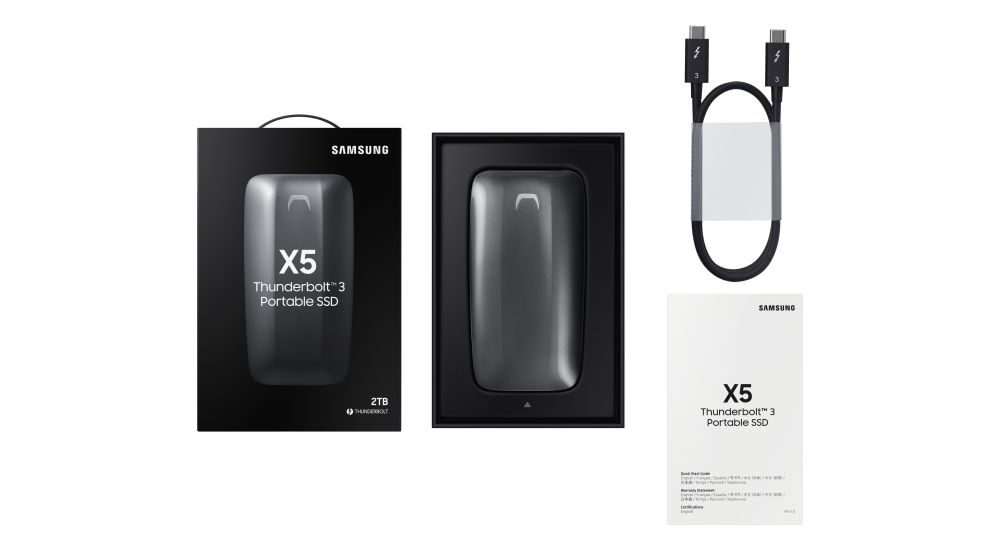 Last modified on 29 August 2018
Rate this item
(0 votes)
Tagged under
More in this category: « Intel Whiskey and Amber Lake show up in notebooks ADATA announces XPG SX6000 Pro SSD lineup »
back to top