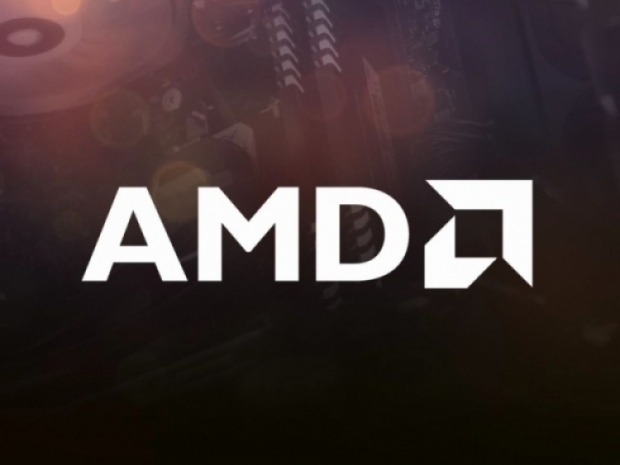 No notebooks and slim EPYC

AMD got mostly positive comments on its financial performance in Q2 18, and it did a great job having the highest quarter in five years. The logic behind this data is that AMD had more than five years of very weak product portfolio to sell especially in desktop/data center and since early 2017 they finally have Ryzen on desktop and EPYC on the data center side.

AMD had decent graphics to sell and this last quarter it still gained a bit from the crypto mania that is finally dramatically slowing down but has a very weak GPU roadmap in the future.

In order to make data center great again, AMD seems to have killed graphics in the process. All is not lost, it will have Navi at some point, most likely in the latter part of 2019 but this 7nm chip will be a mainstream device and we are sure that Nvidia will have something to fight the Navi with - it always had, at least in the last decade.

Let’s give AMD some credit, it did recover from an unimaginable abyss but having Ryzen desktop and Treadripper toy is not enough to make decent margins. AMD’s margins are still slim and will stay that way for a while. Just compare AMD's to Nvidia’s or Intel’s margins and you will get the whole picture.

AMD has EPYC, a great piece of hardware that will get them some data center business. When we say some, Intel won’t feel a dramatical data center decline because AMD is so great. Big data centers take years to take new products from a manufacturer that didn’t really have a competitive chip for more than ten years.

The data center/server guys are having a hard time to forget the Barcelona K10 fiasco that happened more than 10 years ago and they go slow with AMD. Having EPYC - a great chip - will put some pressure on Intel’s ridiculous pricing in this market but most people will just take Intel or Power PC from IBM as they can rely on decades of consistency.

Desktop margins are tiny, and this is not a great product to live on but chips soon to be launched like Threadripper 2 are great marketing tools that result in ridiculously small sales. This goes for the Extreme edition too but again in this upper part of the segment, people would rather go for Extreme edition especially in boutique PC segment. This is all extremely tiny.

One of the big challenges is that Intel has evolved to be a much bigger player than 10 years ago. It also has 4G/communications, automotive aspirations as well as IoT, while AMD doesn't.

What sells in 2018 and will sell in the future are notebooks and thin and light PCs. This is where AMD doesn’t really have a chance - at least not in 2018. Fudzilla reported that AMD won't win any flagship notebooks and we still haven’t seen a single one launching.

AMD has announced a few entry-level to mainstream notebooks, again a market that doesn’t make great margins for chip manufacturers. The fact that there is a Ryzen mobile that is working rather well is again almost like a miracle but OEMs take years to embrace the shifts.

Most OEM deals are made a few years in advance and this is a reason why every single flagship notebook ended up with Intel SoC inside. Despite being "only“ 14nm, Intel quad-core Core i7 8550 or faster chips are still excellent performers.

It will be interesting to see AMD's margins once the ungodly sales of GPUs to miners die out. This will drive the margins further down, something that is not great for a chip manufacturer. Essentially one needs significant R&D investment.

Just bear one thing in mind. Intel had revenue of $17 billion or ten times the revenue of AMD, all at higher margins. Not only that, at the same time Intel managed to increase earnings 15 percent year-over-year (YoY) and its data-centric businesses grew 26 percent while PC-centric revenue grew six percent. Intel’s gross margin for the last quarter was an astonishing 61.4 percent.

AMD at the same time had $1.76 billion revenues and a 37 percent gross margin, clearly a difference.

This is what it all comes down to. Intel is huge, it is all David versus Goliath for more than two decades but Intel is playing a great data center bet.

Lisa Su knows this and she and her team are betting big on the data center market, it just takes a lot of time and there are Intel and IBM to fight in this space. The fact that AMD didn’t bet stronger on AI and the GPU that is a perfect tool for AI and ML performance and is simply almost a decade too late to fight Nvidia in this space.

Yes, there will be a Vega 7 that is suppose to be a decent AI chip, the first 7nm ever in this market but AMD doesn’t have nor it will have good software support for it. It will do its best but this takes more than a year or two, it takes five or even more years to get developers on your side and Cuda,  so far, is their choice.