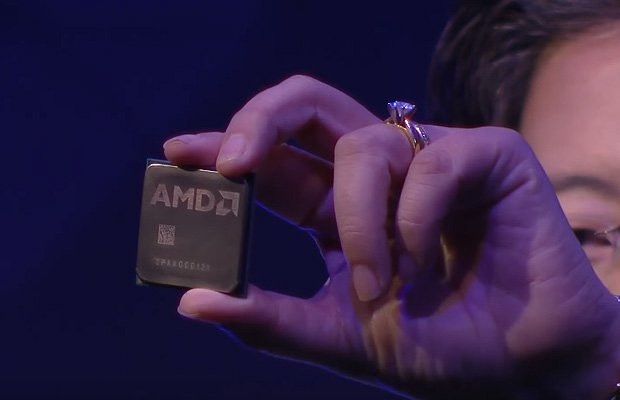 And selfies of core complex modules

AMD has released some selfies of the upcoming Ryzen CPU line.

Included in the snaps are die shots of actual AMD Ryzen cores and core complex (CX) modules. From these shots.

According to Techpowerup,  the snaps allow us to make a few guesses about what Ryzen going to look like.

First is that each core has only one integer and FPU section and the FPU is not split between two integer units. This kills off the system which AMD had based its Bulldozer, Piledriver upon, although it is not really surprising. Ryzen has been rumoured to use just this sort of config for ages.

This could improve IPC by moving from a clustered multi-threading (CMT) model to a simultaneous multi-threading (SMT) model. This is done by swapping two integer sections per core for one larger, better performing one. The big idea is that it will raise single threaded performance and IPC.

In the upper right under the label "Branch Prediction" AMD has something called “Neural Net Prediction" system. It is a fancy version of a branch predictor which decides what a branch in the code will do before it happens so the CPU can get its affairs in order. When it get its it wrong the rest of the CPU has to spend time cleaning up the mess.

AMD thinks its branch predictor is much improved over previous iterations, and that its learning and training process for selection of outcomes is much more intelligent. Giving it a sexy new name "Neural Net Prediction" should make it much more accurate.

The Core Complex (CCX) quad core module allows for several adjustments to be made in the future with regards to L3 cache and core configuration. 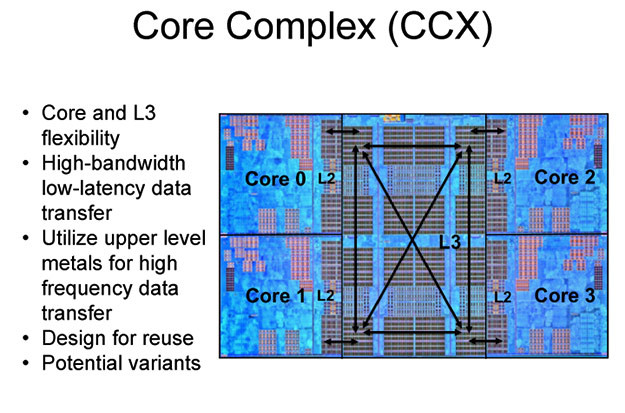 This gives legs to the rumour that AMD wants Ryzen for more than the initial "Summit Ridge" line of processors. Firstly, it counters the fact that Intel’s 14nm process is a little denser than AMD's with a simpler, more efficient design that saves die space.
AMD is confident it is finally on a "node parity" with Intel.

The last thing in AMD's presentation was something called a "Precision Boost" which is a clock control for the processor. It could enable energy savings and an automatic overclocking. 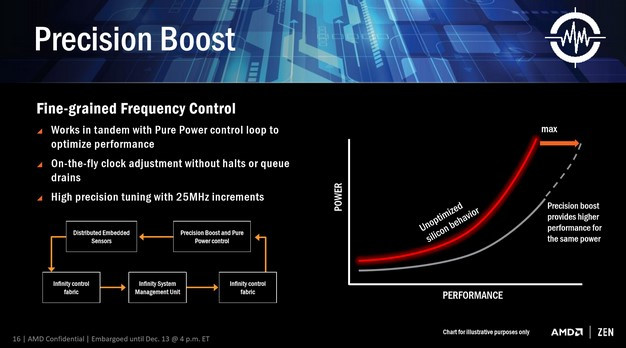 Precision boost works with Pure Power, and clocks a CPU based on its "health and workload." It does this in 25 MHz increments that AMD says happen without "halts or queue drains." It could provide performance improvements.