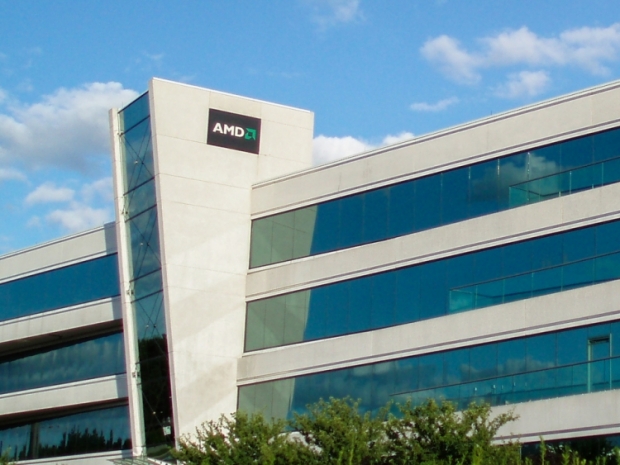 A few of you might remember that we exclusively posted the news that AMD is working on a 7nm CPU codenamed Starship. The 7nm APU is codenamed Gray Hawk and it aims to attain lower TDPs.

The AMD Starship X86 CPU is a 7nm unit with up to 48 cores and 96 threads and this definitely targets the high end server market as well as performance desktop computers. These CPUs will have a range of TDP values from 35W all the way to 180W. It is safe to assume that the version with 35W TDP ends up with much less than 48 cores.

Now AMD plans to launch its first 7nm and target some embedded markets. Of course, there will be a notebook version of a Gray Hawk, possibly with a different codename but AMD plans to use the 7nm quad core with eight threads, in 7nm for casino gaming machines, arcade gaming, industrial control and automation, retail signage, HMI and security machines. It will also fit into the highly profitable medical imaging market, premium thin clients and communication infrastructure.

Fudzilla already said with that the APU that joins Polaris GPU architecture and 14nm FinFET Zen core is coming in the second half of 2017, and the Gray Hawk is the successor to that.

There is a big chance that this APU will mix with the Navi architecture that is also expected to launch in 7nm. This product is scheduled for a 2019 launch, so we have quite some time before it happens, but it is good to know that AMD is planning far ahead.

The lowest TPD parts will get to 10W, which sounds quite amazing considering what kind of specification that APU might end up having.

The middle of next year is when we expect to see the Zen / Polaris APUs in notebooks and a bit later in embedded systems. AMD’s Lisa Su was clear at Computex earlier this year. She said that the company plans to launch the desktop first, following with server then notebook and last of all t will be a unit aimed at the embedded market.

Bear in mind that these products should still be considered as concepts and they are subject to change. AMD first needs to master a 14nm FinFET low TDP notebook and embedded Zen based parts before it can more to the very exciting 7nm.

Last modified on 23 September 2016
Rate this item
(26 votes)
Tagged under
More in this category: « AMD Bristol Ridge A12-9800 APU gets overclocked Mediatek might have won low-end Samsung orders »
back to top