Intel leaks show it might drop the Core m5/m7 name 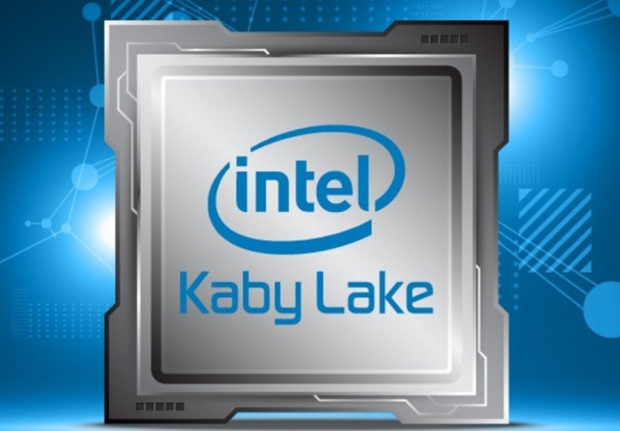 Along with USB 3.1 generation 2 support and improved GPU

The dark satanic rumour mill has suggested that Skylake's successor, Kaby Lake, with its 14nm goodness might be responsible for the death of the Core m5/m7 name.

Instead everything will be the Core m3/i5/i7. The microarchitecture will also bring new features such as native USB 3.1 generation 2 support and improved GPU architecture.

Benchlife  has got its paws on some Kaby Lake specs: 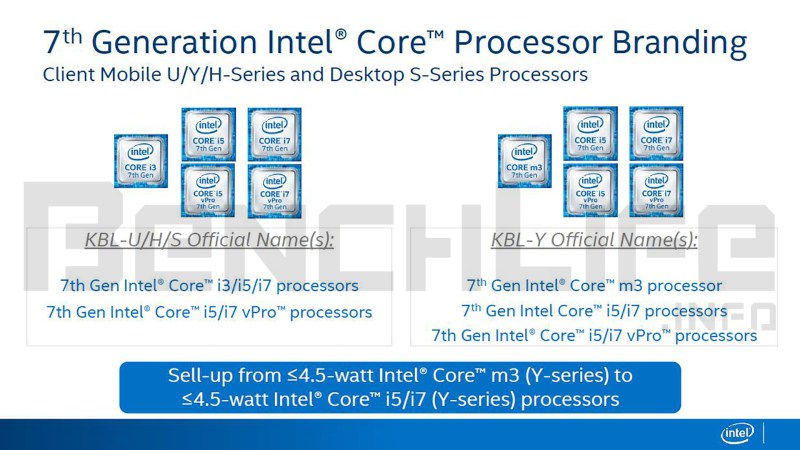 So the Kaby Lake chips will be based on the same 7th-gen Intel Core architecture, and they’ll all have Intel HD 600 series graphics. But Y series chips will be much slower than U, H, or S processors. This is going to get confusing. 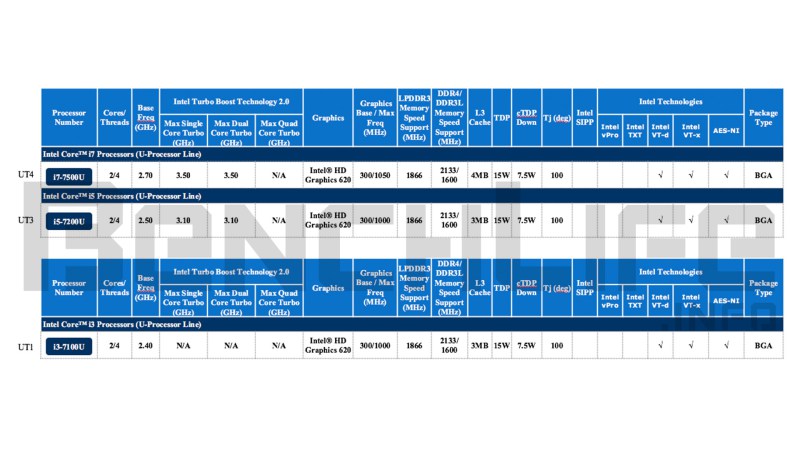 Last modified on 11 July 2016
Rate this item
(9 votes)
Tagged under
More in this category: « 16 Zen core Opteron is Snowy Owl Qualcomm faces fines in Korea »
back to top