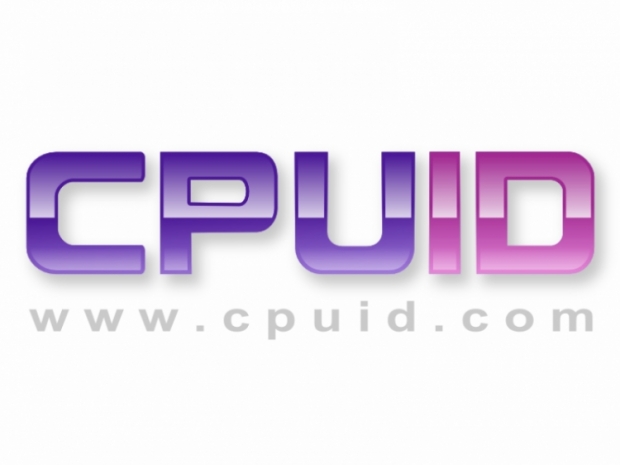 Last week, the folks over at CPUID.com released a new version of CPU-Z, their highly popular system information and clockspeed validation software. 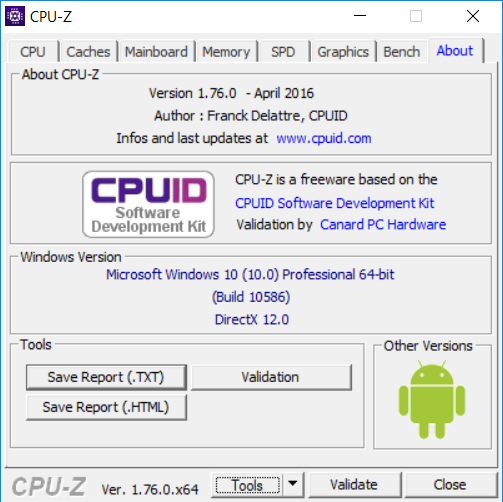 Version 1.76 also includes support for AVX-512 instruction set reports. This is a new Intel instruction set that builds on 256-bit Advanced Vector Extensions SIMD instructions and offer higher performance for the most computationally demanding tasks. We are talking about processing up to four times the amount of data of Intel SSE with up to eight double-precision (FP64) and sixteen single-precision (FP32) floating point numbers. 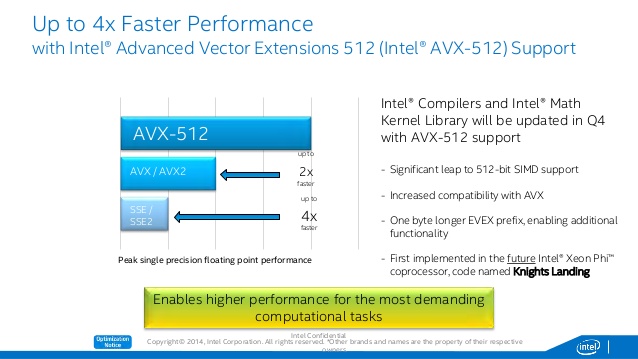 As a side note, Intel currently only supports AVX-512 instructions with its Xeon Phi CPU and Knights Landing co-processors with up to 16GB of High Bandwidth Memory (HBM). The next lineup to gain support will not be until 10-nanometer Cannonlake chips in 2017.

As mentioned, CPU-Z 1.76 now takes a turn back to compatibility mode and again supports Windows 98, Microsoft’s second major release in the Windows 9x operating system line succeeding Windows NT 4.0. Re-support has been accomplished through a separate 32-bit binary download which offers almost all features available in the “NT” version, including the validation process. The software group hopes it can bring some legacy users to use its software for validation on older systems.

CPU-Z version 1.76 can be downloaded here.

Last modified on 04 May 2016
Rate this item
(2 votes)
Tagged under
More in this category: « Qualcomm flogs fewer chips AMD stock jumps 52 percent on hope »
back to top