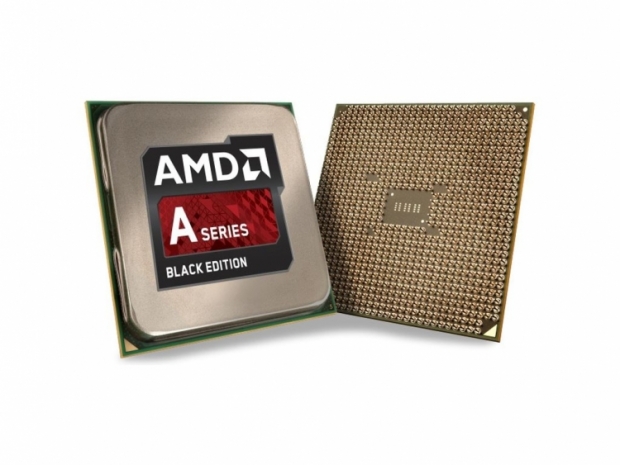 Although announced earlier in January during CES 2016 show, AMD has now officially launched its fastest A-series Godavari APU, the A10-7890K, as well as the new Athlon X4 880K CPU.

To be available as of today, the new AMD A10-7890K features two Steamroller CPU modules, or four cores, 2x2MB of L2 cache, dual-channel DDR3-2133 memory support and Radeon R7 GPU with 8 Compute Units, or simply, 512 Stream Processors. The CPU clock, compared to the earlier A10-7870K flagship, was raised to 4.1GHz base and 4.3GHz maximum Turbo clock, while the GPU is clocked at up to 866MHz.

What makes the A10-7890K special is the new Wraith reference cooler, which although has to deal with the same 95W TDP, has much lower noise output and comes with fancy shroud and a couple of LEDs.

The new Athlon X4 880K also feature two Steamroller CPU modules and four x86 cores and works at 4.0GHz base and 4.2GHZ maximum Turbo clock. It also comes with 2x2MB of L2 cache, same support for DDR3-2133 memory and although it lacks the integrated GPU, it still has the same 95W TDP.

Unlike the A10-7890K, the new Athlon X4 880K does not come with a Wraith cooler but rather a slightly different version called "near-silent 125W AMD Thermal Solution" which, according to what we have seen, is pretty much the same thing just without the fancy shroud. 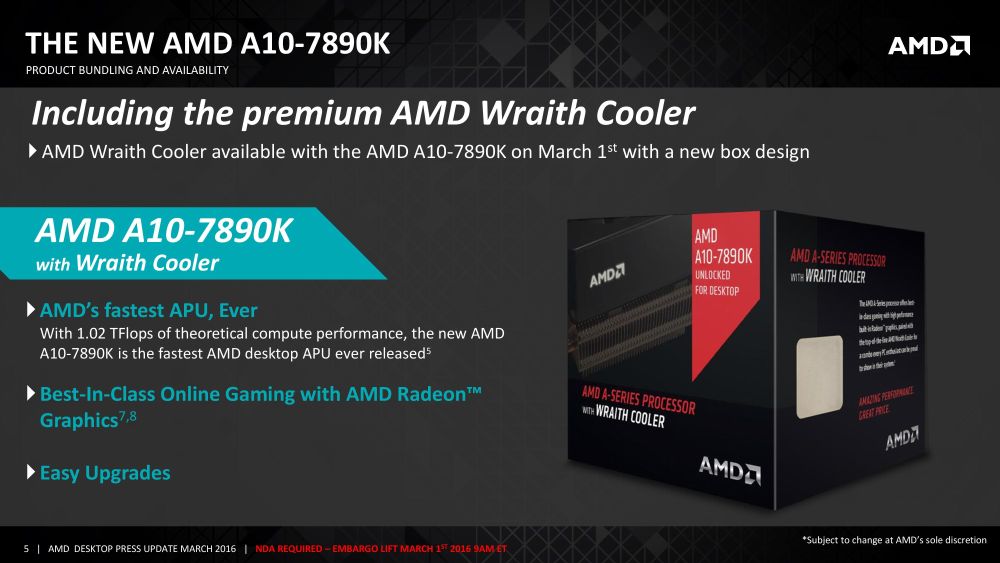 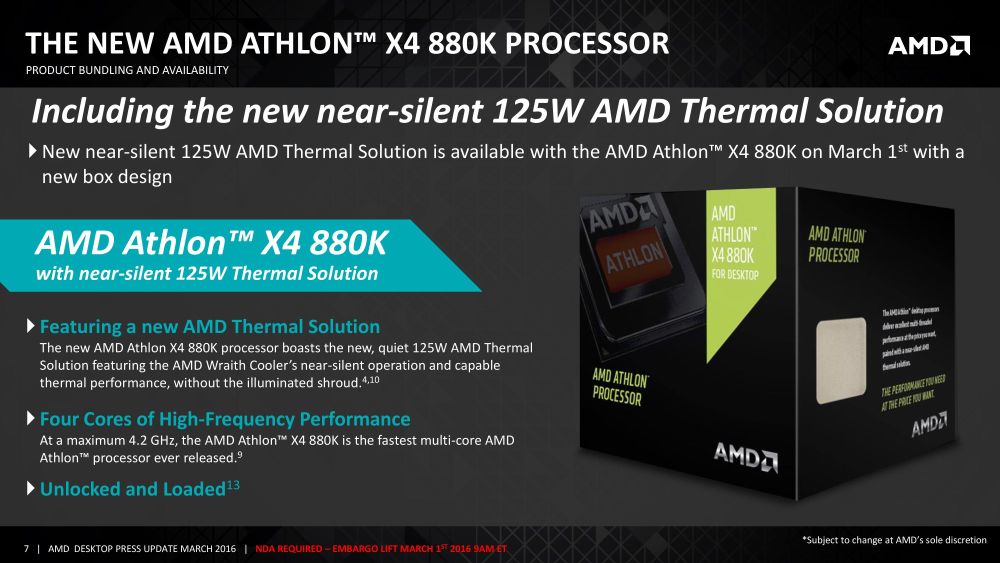 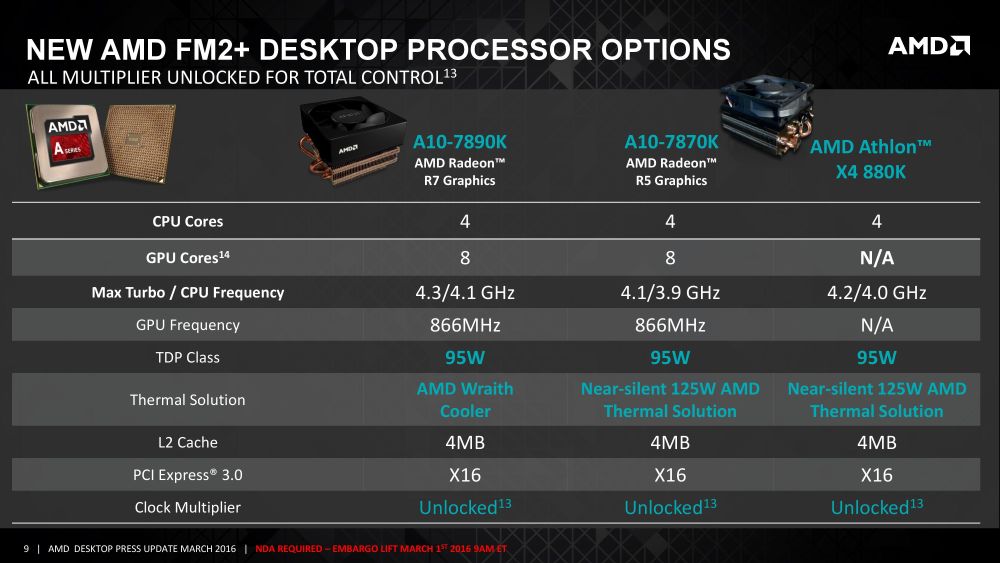 Rate this item
(11 votes)
Tagged under
More in this category: « AMD wants to get into gambling MediaTek sales targets unharmed by earthquake »
back to top