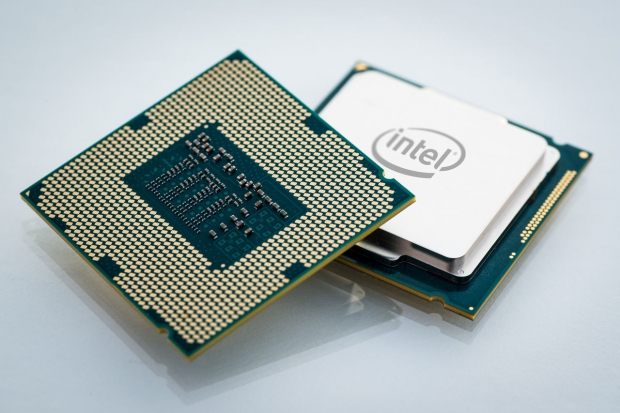 An auction for Intel's new Broadwell-EP ES 18-core Xeon CPU hits eBay for $999 even if it had not been officially released.

According to Tweaktown the 18-core part which can manage 36 threads thanks to Hyper-Threading works on X99-based motherboards, with a base clock of 2.2GHz, and Turbo frequency of 3GHz.It also uses Intel's 14nm process.

All of the above, including the price, is probably nothing like the final chip. The ebay note says that this particular CPU is an early engineering sample with the 'A0' stepping.Still it does give an indication of what might end up in the shops. 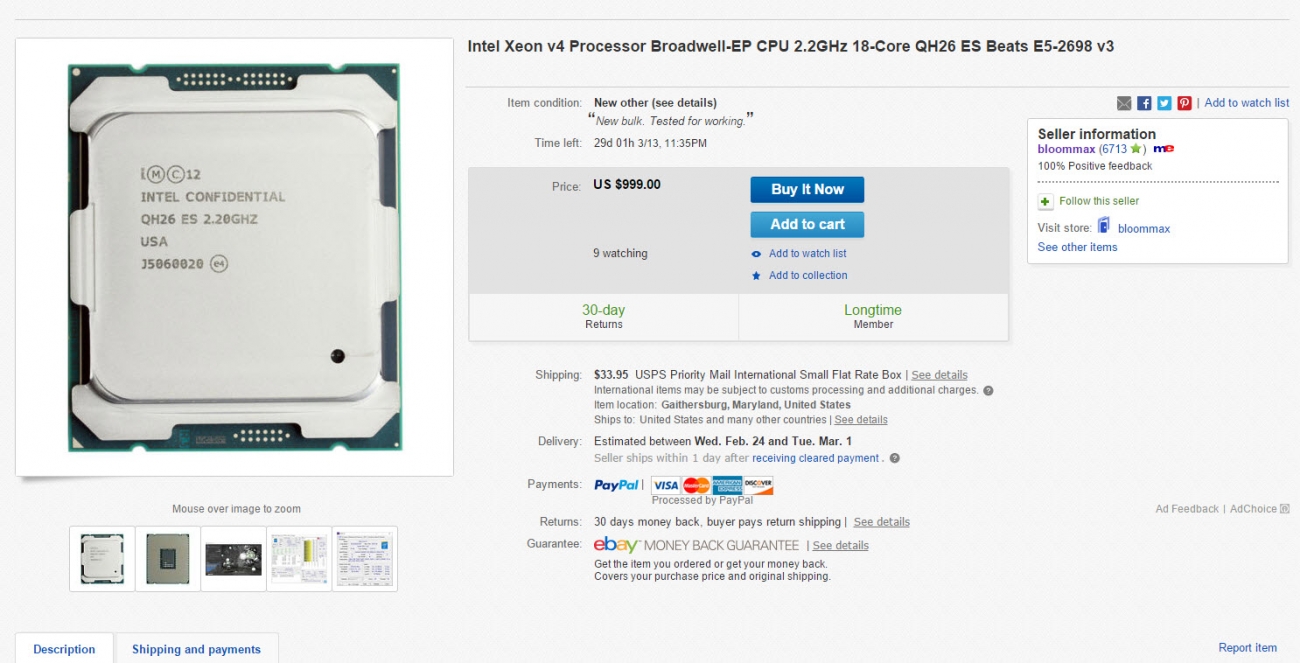 Last modified on 15 February 2016
Rate this item
(6 votes)
Tagged under
More in this category: « Earthquake might have damaged TSMC production GeForce GTX 900 open-source firmware images and support code released »
back to top