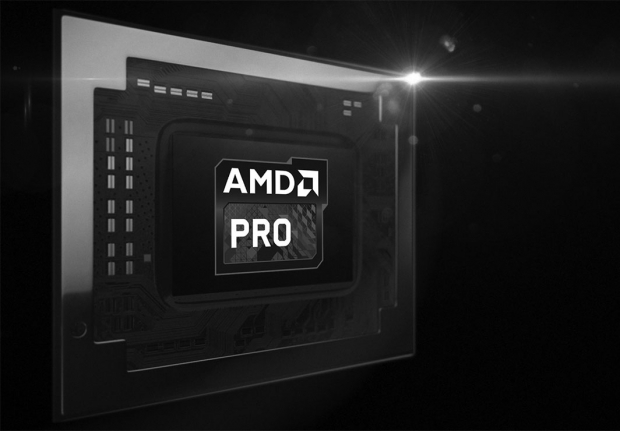 Based on Godaveri and Carrizo

Troubled chipmaker AMD's has launched its Pro APUs quietly with just one major customer so far, the maker of expensive printer ink HP.

Based on the Godaveri and Carrizo chips, AMD adds its AMD Secure Processor for corporate peace of mind. The new Pro chips include the new AMD Pro A12 chip, which runs at 3.4GHz. All of the new Pro chips are APUs, which mean that they combine both graphics as well as the CPU core. The A12 integrates 12 compute cores (4 CPU cores and 8 GPU cores), based on the Radeon R7 graphics technology running at 800MHz.

What differentiates the new PRO chips from the more conventional models are what AMD calls the AMD Secure Processor, an embedded core that enables the ARM TrustZone secure environment to run on top of the chip. Theoretically, at least, the technology should supply an added layer of security to sensitive apps.

AMD PRO A-Series mobile processors (formerly codenamed "Carrizo PRO") are aimed at the commercial laptop market. They were made in collaboration with HP, ExactTrak, and Qualcomm. HP is set to flog a few of them in its HP EliteBooks range.

The AMD PRO A-Series processors are purpose-designed for business, offering long-term value commercial enterprises can depend on including a 24-month longevity commitment, 18-month image stability, commercial-grade quality assurance and available extended OEM warranty support for up to 36 months.

The AMD PRO A-Series processors are claimed to enable greater management flexibility in a multi-vendor client environment at what AMD calls a business-friendly price.

Fram Akiki, senior director of product management at Qualcomm Technologies said that the closer co-operation between AMD, HP, and Qualcomm on the HP EliteBook 705 G3 Series will benefit enterprise users.

The AMD PRO A-Series mobile processors are available today through online resellers and are currently offered on HP EliteBook 705 G3 Series PCs, including HP EliteBook 725, 745 and 755

The new Pro chips also contain features that were launched with the earlier chips, such as Heterogenous Systems Architecture (HSA 1.0) compliance to allow programmers to more easily program the CPU, as well as an integrated HEVC video decoder.