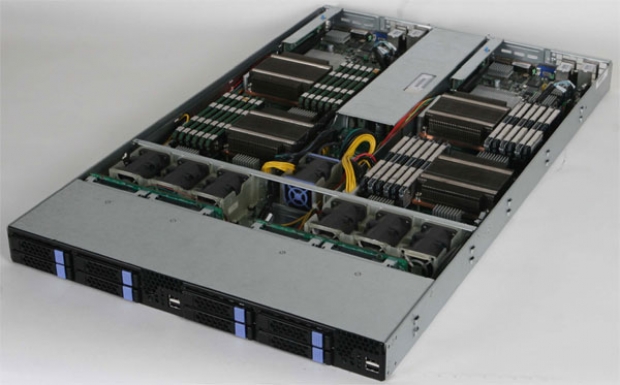 Movement on the server front over the next two quarters

While the focus has been on Intel's Skylake it appears that Chipzilla has not forgotten its server products.

CPU World has gotten its paws on a roadmap which predicts we will see a few Xeon chips for servers over the next two quarters.

Xeon E3-1200 v5 series for single-socket workstations will be released in the fourth quarter of 2015 and these will be under the "Greenlow" platform that will also include C236 series chipset. The CPUs will use Skylake microarchitecture and fit into socket 1151. Also in Q4, the company will expand Xeon D family for microservers with a few new models.

Xeon E3 line will be followed by Xeon E5 server processors in the first half of 2016. In the first quarter of the next year, Intel is going to launch Xeon E5-1600 v4 and E5-2600 v4 "Broadwell-EP" series for single- and dual-socket systems.

Xeon E5-4600 v4 series for quad-socket servers will be launched in the second quarter of 2016.

Xeon Phi x200 products will be available in Q3 2016. These parts will use "Knights Landing" design.