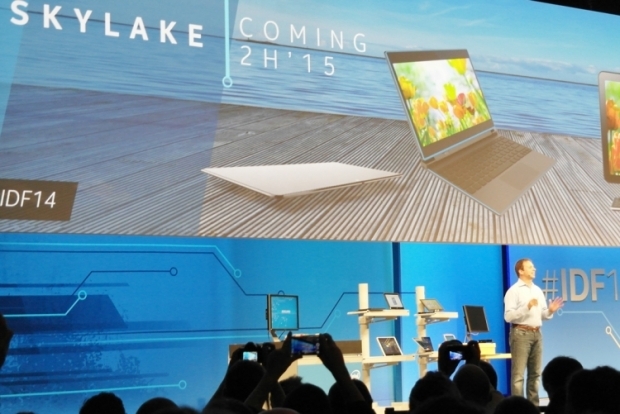 After Skylake comes the Lake 14nm

Intel might have admitted that it will take a bit longer to get to 10nm, and it turns out that after the second generation 14nm Skylake, the next Intel CPU will be another 14nm design, not a 10nm part as many expected.

It is becoming more complicated to go from 22nm to 14nm and it turns out that going from 14nm to 10nm seems to be a bigger problem than people anticipated.

The chaps from Computerworld have a few quotes where they claim that Intel CEO Brian Krzanich said that "Intel plans to produce its first 10-nanometer processors in the second half of 2017". This feels like a year delay as we expected to see Cannon Lake 10nm processors in late 2016.

We did mention this delay some week ago as the next generation might be another 14nm processor codenamed Kaby Lake. It is expected that Kaby Lake will show its face as early as early Q1 2016, as Dell might in on time to ship some Kaby Lake-based enterprise notebooks in January 2016.

Cannon Lake, a 10nm Skylake shrink, is now expected in 2017, which will mess up the tick – tock schedule and possibly put Moore's Law in jeopardy. We will try to double-check if Intel actually went on record and confirmed these delays. In about a month, Intel will hold its Intel Developers Forum 2015 in San Francisco, and we are quite sure that the company will talk about the future plans and improvements in Kaby Lake.

It will be interesting to see if Intel is ready to show the first demo of a 10nm Cannon Lake but we will have to wait and see. It seems unlikely that they will show something that will ship in about 18+ months from now. After 10nm comes 7nm that you might see between late 2019 and 2020.

Last modified on 16 July 2015
Rate this item
(6 votes)
Tagged under
More in this category: « Chinese Micron take-over will be tricky Qualcomm faces two EU antitrust investigations »
back to top