AMD to showcase Carrizo at CES 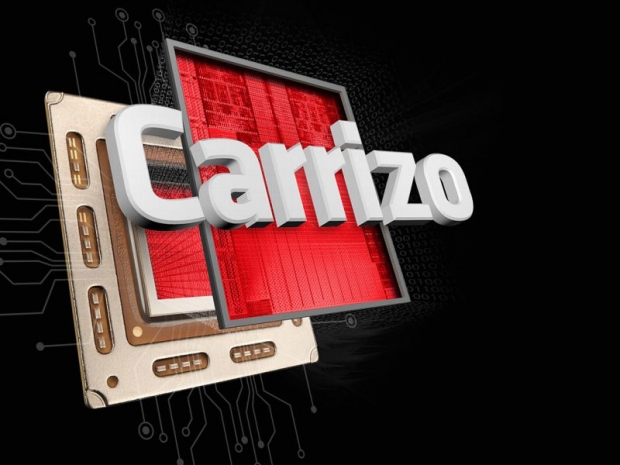 AMD is planning to showcase its upcoming Carrizo APU at the Consumer Electronics Show in Vegas. The APU will not be alone, as the chipmaker will also show off a number of new graphics technologies.

Carrizo is described as AMD’s first high-performance SoC design. Of course, AMD has been selling SoCs for a while, but Carrizo is different – as it’s based on big Excavator CPU cores, unlike previous AMD SoCs (namely Kabini and other Jaguar derivatives).

In addition to the new CPU core, Carrizo also boasts new GCN 2.0 graphics, with OpenCL 2.0, DirectX 12 and Mantle API support in tow. The GPU also supports FreeSync, which is AMD is quite eager to promote this year. Carrizo is a Heterogeneous System Architecture (HAS) design and the die sports a small ARM TrustZone core.

Tom’s Hardware managed to get a few images of the Carrizo design prototype laptop. Last we heard 2007 was calling, asking for its design team back, but you can check out the photos anyway.

AMD has yet to reveal a lot of info on Carrizo. We don’t know what to expect as far as performance and thermals go, but we expect to see 10W Carrizo parts. AMD is promising substantial gains and unprecedented GPU performance in thin and light notebooks, but we still don’t know much about Carrizo.

In the long run, however, we should see AMD big core SoCs built on the Samsung/GlobalFoundries 14nm FinFET node and Carrizo is the first step in that direction. In any case, Carrizo is expected to launch later this year and we are probably looking at a mid-year launch (Computex).