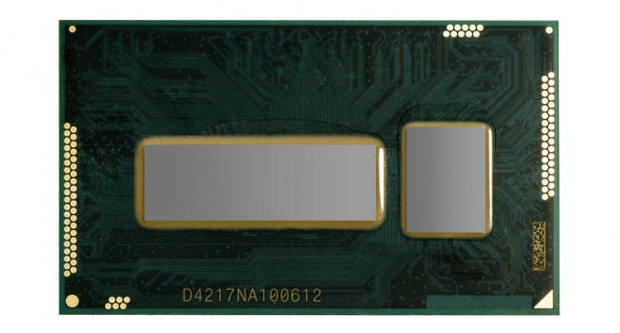 Bringing 14nm to the masses

Intel’s Broadwell has been in the works for quite some time and the Core M series is about to be reinforced by mainstream notebook parts.

The Core M marked a departure from Intel’s traditional mobile strategy, as it addressed an entirely new market in terms of TDP. The new 14nm Broadwells are quite a bit different. Intel has four 28W models with Iris graphics, along with a 13 15W chips, bringing the grand total to 17 new SKUs. Most of them are Core i7 and Core i5 series parts. The Core i3 series got three Broadwell parts, along with a couple of Celerons and a lone Pentium.

All of them are dual-core parts, but Core series chips feature Hyperthreading, while Celerons and Pentiums do not. Prices range from $107 for the Celerons to $426 for flagship Core i7 parts in 15W and 28W flavours. While the 28W parts obviously offer somewhat higher clocks (up to 3.4GHz for the Core i7-5557U), the 15W chips also offer a substantial clock gain compared to 22nm Haswell parts operating in the same thermal envelope.

For example, the Core i5-5200U is clocked at 2.2GHz and hits 2.7GHz in max single core Turbo. Its predecessor, the i5-4200U offers 1.6GHz to 2.6GHz. While the top Turbo clocks tend to be just marginally higher, the base clocks have been bumped up by a few hundred megahertz across the range, which is impressive and bound to yield a lot more battery life, since the processors won’t have to rely on Turbo nearly as much as their Haswell counterparts to offer similar levels of performance.

Last modified on 05 January 2015
Rate this item
(5 votes)
Tagged under
More in this category: « Nvidia announces Tegra X1 Nvidia Tegra X1 benchmarked, close to 60K in Antutu »
back to top