Over the past few quarters ARM rolled out a number of new mobile CPU designs, ranging from 64-bit Cortex-A53 and A57 parts to 32-bit ARMv7-A replacements for the venerable Cortex-A9, in the form of the Cortex-A12 and Cortex-A17.

This is where it gets amusing. The company announced the Cortex-A12 last June, describing it as an A9 replacement capable of delivering a 40% performance boost and faster Mali-T622 graphics.

So what happened to the Cortex-A12?

Weeks and months passed, a few product announcements were made (namely by Rockchip), but the A12 never really materialised - apart from a few early design announcements.

The company went on to announce the Cortex-A17 in February, claiming a similar performance uplift over the old A9 cores. The specs were eerily similar, too, and now we know what happened to the A12. 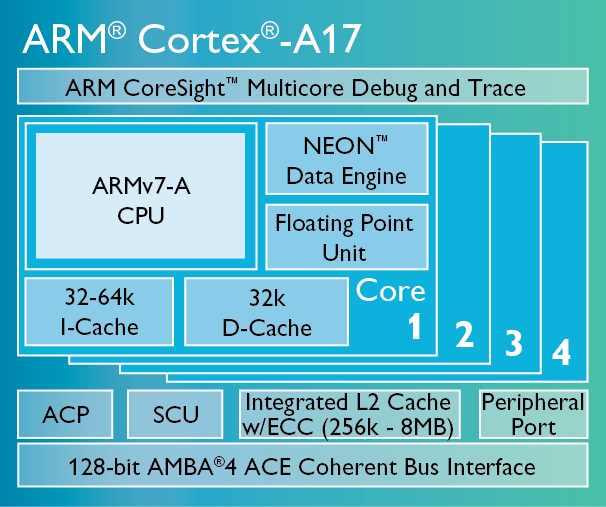 Writing in the company blog, ARM's Stefan Rosinger said a decision was made to merge the two parts into one and kill off A12 branding.

In other words, ARM revised the A12 and ended up with a design that's on a par with the original A17, hence it decided to kill the A12 branding. The A12 did not flop – it just became too good and came too close to the A17.

Rosinger pointed out that Cortex-A17 also added big.LITTLE support, so most partners are now using Cortex-A17/A7 designs. However, some are doing standalone Corstex-A17 designs, which was supposed to be A12's turf, making the two designs indistinguishable.

"For this reason, and to ease support for our customers and their partners, we have taken the decision to use the Cortex-A17 name to refer to both processors in the future. We have therefore removed references to the Cortex-A12 processor from the ARM.com website and in the future, all engineering documentation and support available from the ARM Infocenter will be provided under the Cortex-A17 processor identity," said Rosinger.

As far as performance goes, the A17 delivers a 60% single-threader performance uplift over the old A9. Additional FPU and NEON improvements allow 50% performance gains too.

The full Cortex-A17 spec is available on the ARM product page, which no longer lists the A12.

Last modified on 28 November 2014
Rate this item
(0 votes)
Tagged under
More in this category: « Intel moves from 14nm to 10nm, then 7nm Rumoured Qualcomm 810 delay could be messy »
back to top