Intel has already made it clear that it plans to spend heaps of money on its tablet push this year. This includes “contra revenue,” which is more or less a fancy way of saying Intel is offering subsidies for tablet makers who sign up.

Intel’s average subsidy per tablet is estimated at a whopping $51. That sounds like a lot – and it is. However, it allows Intel to take on second-tier SoC makers such as Rockchip, Allwinner and to some extent MediaTek.

With that in mind, Intel’s pricing is very aggressive. Digitimes reports Intel is pricing its mainstream quad-core Bay Trail-T SoC at just $5, which is more or less ridiculous for an x86 quad-core. Bay Trail-T is much faster than entry level ARM SoCs used in white-box tablets today. Furthermore, it is a proper x86 part, which means it can be employed in Windows 8.1 tablets and hybrids. 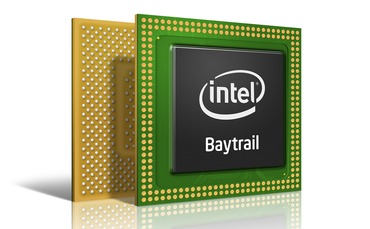 At $5 the chips are roughly on par with parts offered by Rokchip and Allwinner. They are cheaper than somewhat faster parts produced by Qualcomm, MediaTek and Nvidia. As a result, Intel is expected to gain a lot of traction in China, both in branded and white-box devices.

It’s not just about subsidies

Intel’s habit of spending heaps of money to promote new products and enter new niches is nothing new. The company has been doing it for years, with mixed results.

However, cheap chips are just part of the story. Intel is in a good position to offer customers plenty of assistance. This includes design and technology, but more importantly marketing. Intel isn’t shy about using its vast market development funds to push new products and this fact may lure more vendors than cheap chips.

Unlike most competitors in this particular segment, Intel has enough money and human resources to make a difference and help manufacturers every step of the way, from design to retail. This is good news for white-box outfits, as they can gain access to Intel-developed platforms and designs for peanuts, while at the same time benefiting from Intel’s marketing.

It is also very bad news for the likes of Rockchip and Allwinner, who currently dominate the burgeoning Chinese white-box tablet market.