Samsung has unveiled the new version of its Exynos 5 Octa chipset that, according to a teaser, is coming next week. Unfortuantely, other than a teaser and a promise that detailed specifications will be revealed next week, Samsung did not want to shed any more details.

The teaser notes that the upcoming "enhanced" Exynos 5 Octa is a step in the evolution to improve power and performance of Exynos processors. The new announcement comes just a few months before the rumored unveil and launch of Samsung's newest flagship phablet, the Galaxy Note III. According to recent rumors, the Galaxy Note III should be unveiled in September, a few days before the IFA 2013 show and will actually be available in a couple of versions, including one with Snapdragon 800 and one with Samsung's own Exynos chipset, most likely the new, enhanced one.

As noted, Samsung promised that detailed specifications, exact clock speeds and all those improvements will be unveiled next week. 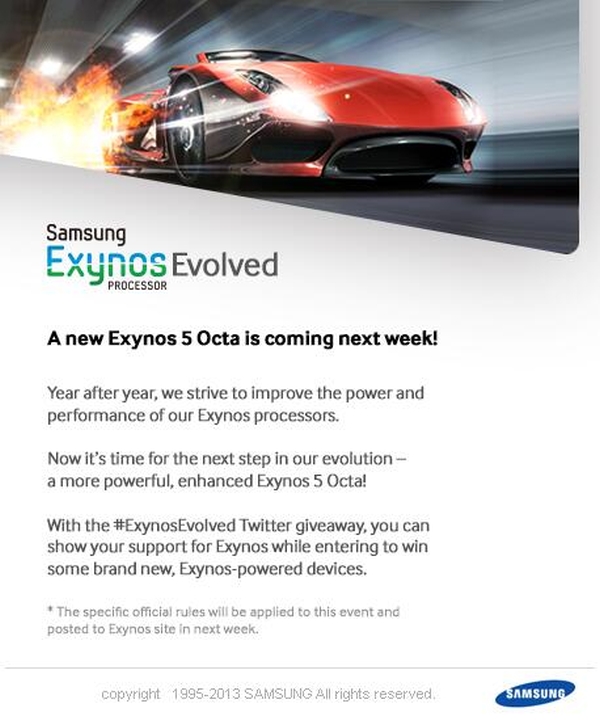 Last modified on 19 July 2013
Rate this item
(0 votes)
Tagged under
More in this category: « Intel sends 17 CPUs to meet their maker Samsung has a new Exynos 5 Octa SoC »
back to top