Schedules it for "late summer"

During its big conference at Computex, AMD officially broke the news that the Bulldozer is delayed to "late summer".

Although the new 9 Series chipset is now officially announced, it looks like that FX Series, codename Zambezi CPUs based on the Bulldozer architecture will have to wait a bit. AMD didn't provide the official date but just rather said that the FX Series is coming in "late summer", which means that it might arrive in late July or even in August.

In case you somehow managed to miss it, the FX Series is made in 32nm and will be available in 4-, 6- and 8-core flavors. It is made for AMD's latest AMD 9-series AM3+ chipsets, but will also work on some AM3 motherboards as well, without AMD's blessing of course. 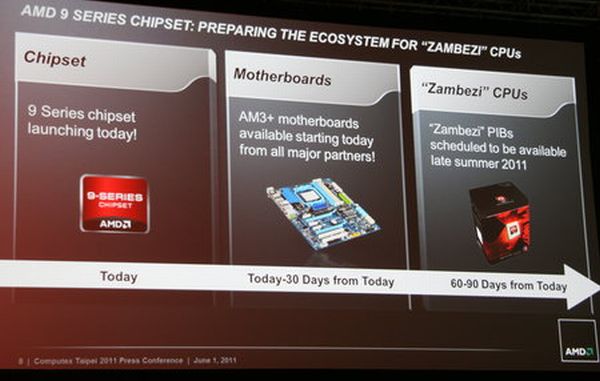